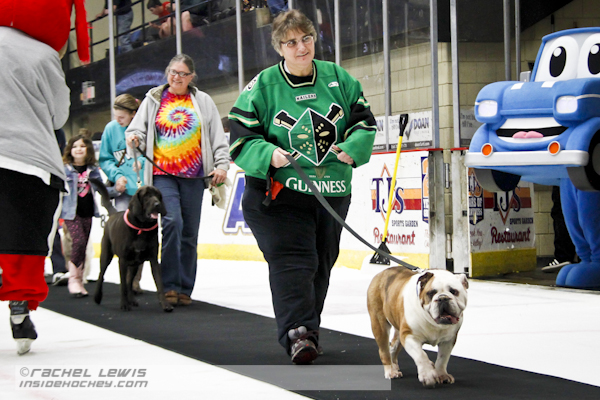 Pups on Parade as the Wheeling Nailers have their Pups N Pucks promotion.

The Wheeling Nailers beat the Norfolk Admirals 3-1 Sunday, March 13, 2016 at WesBanco Arena in Wheeling, WV.  Wheeling held its Pups N Pucks promotion, in which fans could bring their canine friends with them to the hockey game.  The Nailers win puts the team in 7th place in the Eastern Conference.  (Rachel Lewis – Inside Hockey)