Overview:
NJ lost 2-1 in a shootout.  This is the first win of the season for Hurricanes Goalie Anton Khudobin.  The Devils scored in the 1st period and held a 1-0 lead until 11:59 to play in the 3rd when Ron Hainsey Deflected a shot on goal to score the tying goal for the Canes.  #25 Chris Terry scored the game winner beating Cory Schneider in the shoot-out.

Other Notable Events:
A moment of silence and the NJ State Police color guard opened the pre-game to honor the NYPD officers who lost their lives in the line of duty.
Joridn Tootoo and Tim Gleason got the crowd fired up as they went head to head in a fight in the second period 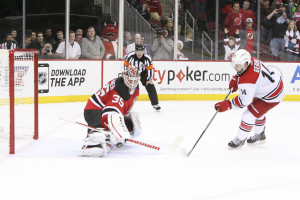 Schneider with a pad save 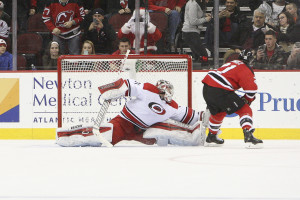 Khudobin stretches to block the shot 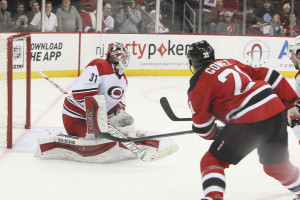 Khudobin blocks a shot from Gomez 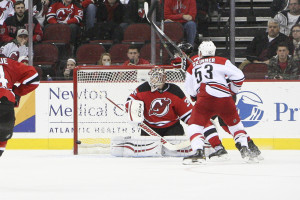 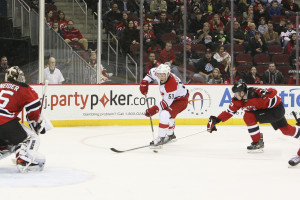 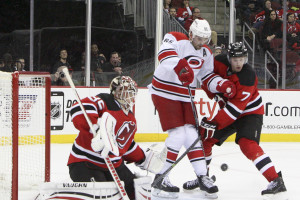 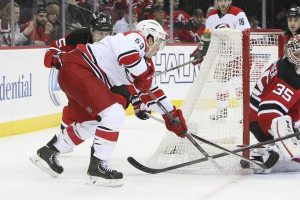 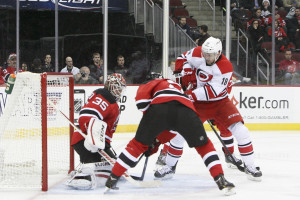 Mcclement trying to shoot it past Schneider 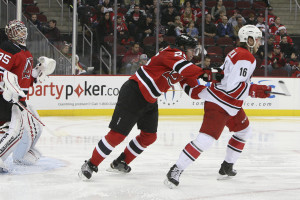 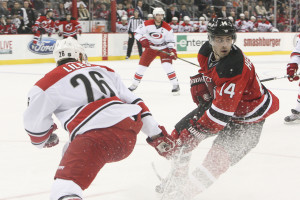 Henrique at the boards 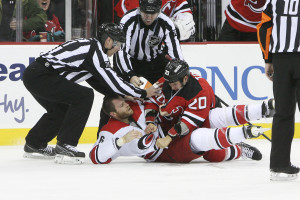 Tootoo takes Gleason to the ice 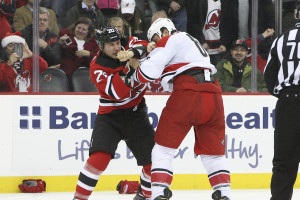 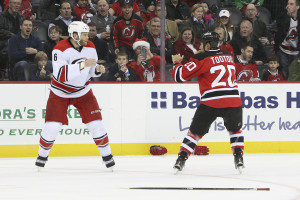 Tootoo and Gleason square off 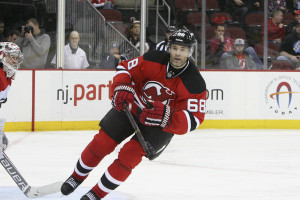 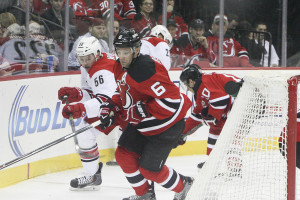 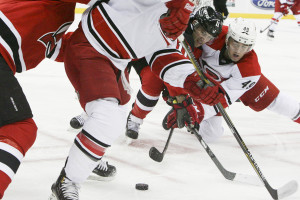 Gionta fighting for the puck 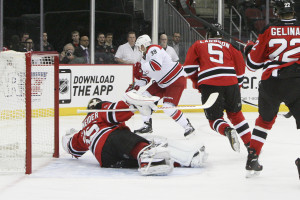 Schneider with a save 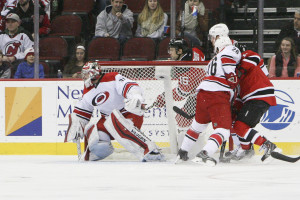 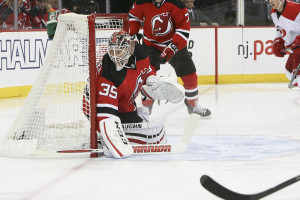 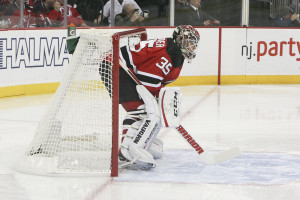 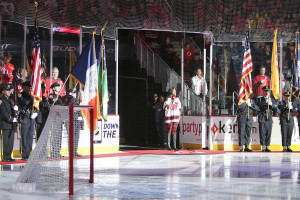