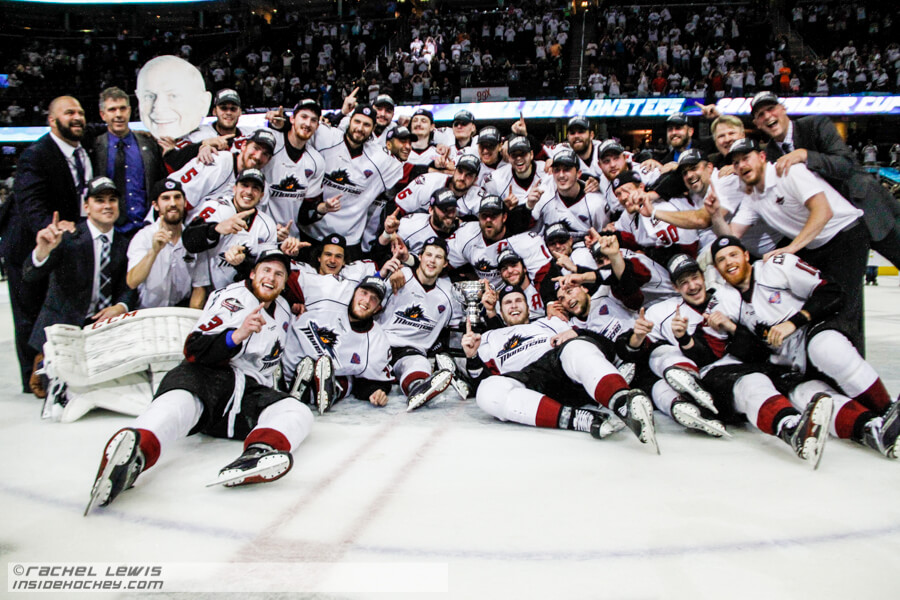 The Lake Erie Monsters clinch their first Calder Cup Championship with a sweep over the Hershey Bears, winning 1-0 in OT Saturday, June 11, 2016 at Quicken Loans Arena in Cleveland, OH.  Lake Erie’s Oliver Bjorkstrand scored the OT game winning goal, his third post-season OT goal.  Bjorkstrand won the Jack A. Butterfield Trophy, awarded to the MVP.  Lake Erie’s Anton Forsberg made 23 saves in the shutout.  Only 4 penalties were called in the game.  The Calder Cup was won in front of the biggest crowd in history to see a professional hockey game in Ohio, coming in at 19,665.  The Calder Cup has not been won by a Cleveland franchise since 1964, the last being by the original Cleveland Barons.  (Rachel Lewis – Inside Hockey)