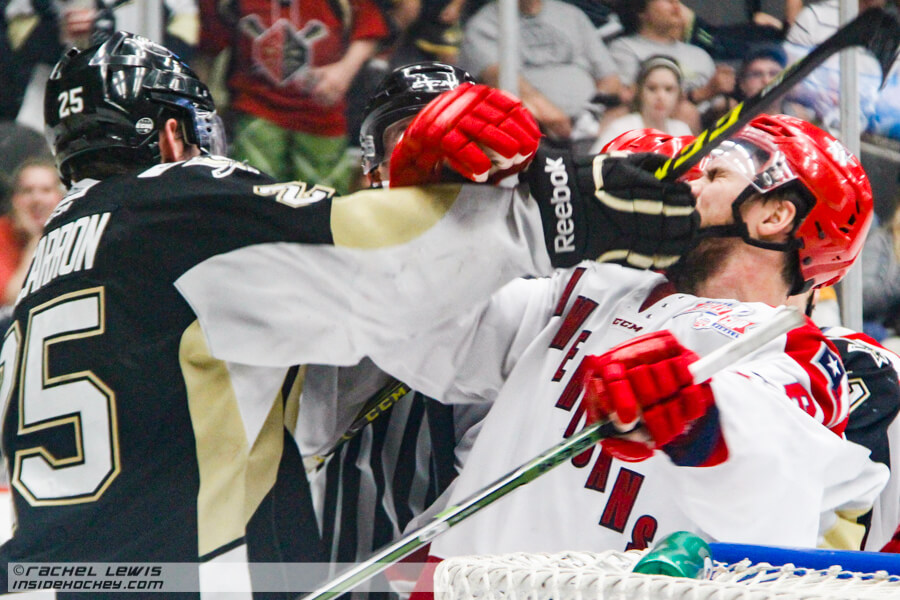 Greger Hanson of the Allen Americans scores 17 seconds into OT to give the Americans a 3-2 win over the Wheeling Nailers Saturday, June 4, 2016 at WesBanco Arena in Wheeling, WV.  This was the last game of the season to be played at WesBanco Arena.  Allen now has a 3-2 lead over Wheeling in the Kelly Cup Finals.  Game 6 will be played back in Texas Thursday, June 9, 2016.  (Rachel Lewis – Inside Hockey)