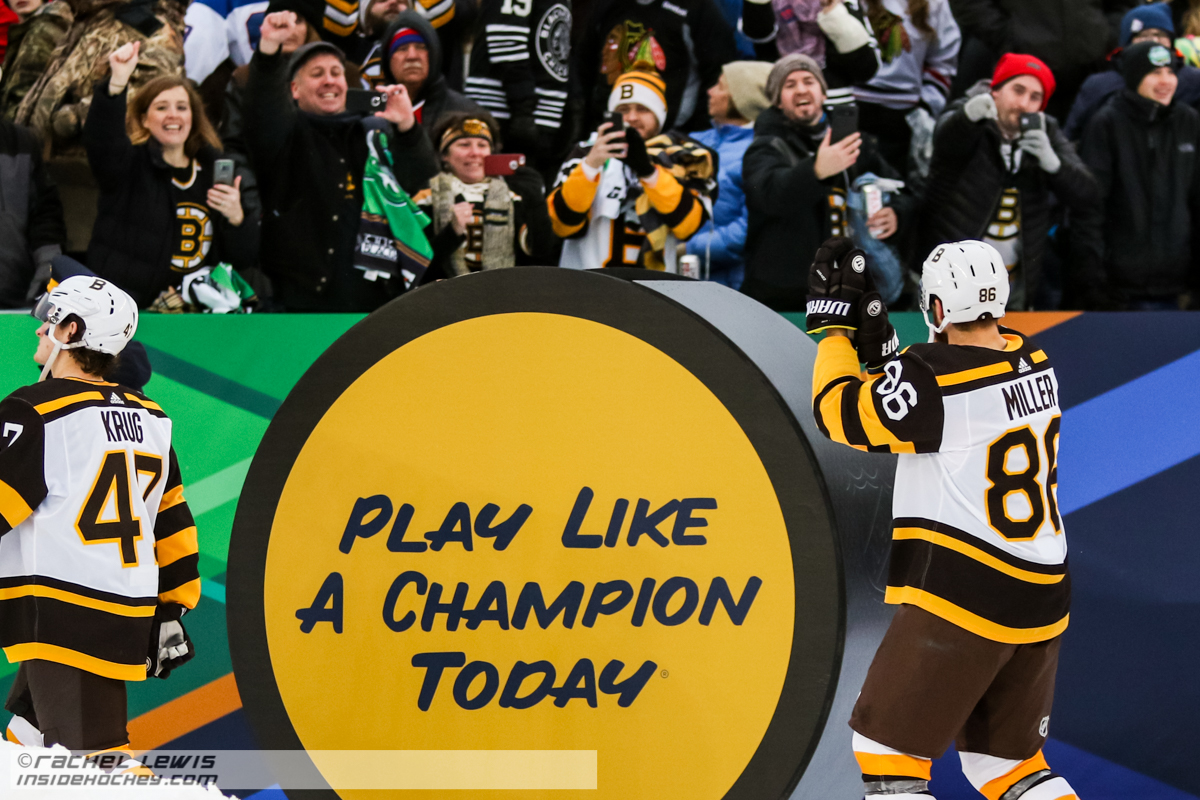 The Boston Bruins beat the Chicago Blackhawks 4-2 in the 2019 Bridgestone Winter Classic Tuesday, January 1, 2019 at Notre Dame Stadium in South Bend, IN.  Final attendance was announced at a sold out 76,126, which made it the second-largest crowd for an NHL game.  It was announced the 2020 Winter Classic will be held in Dallas, TX at the Cotton Bowl Stadium, opponent for the Dallas Stars is TBD.  (Rachel Lewis – Inside Hockey)