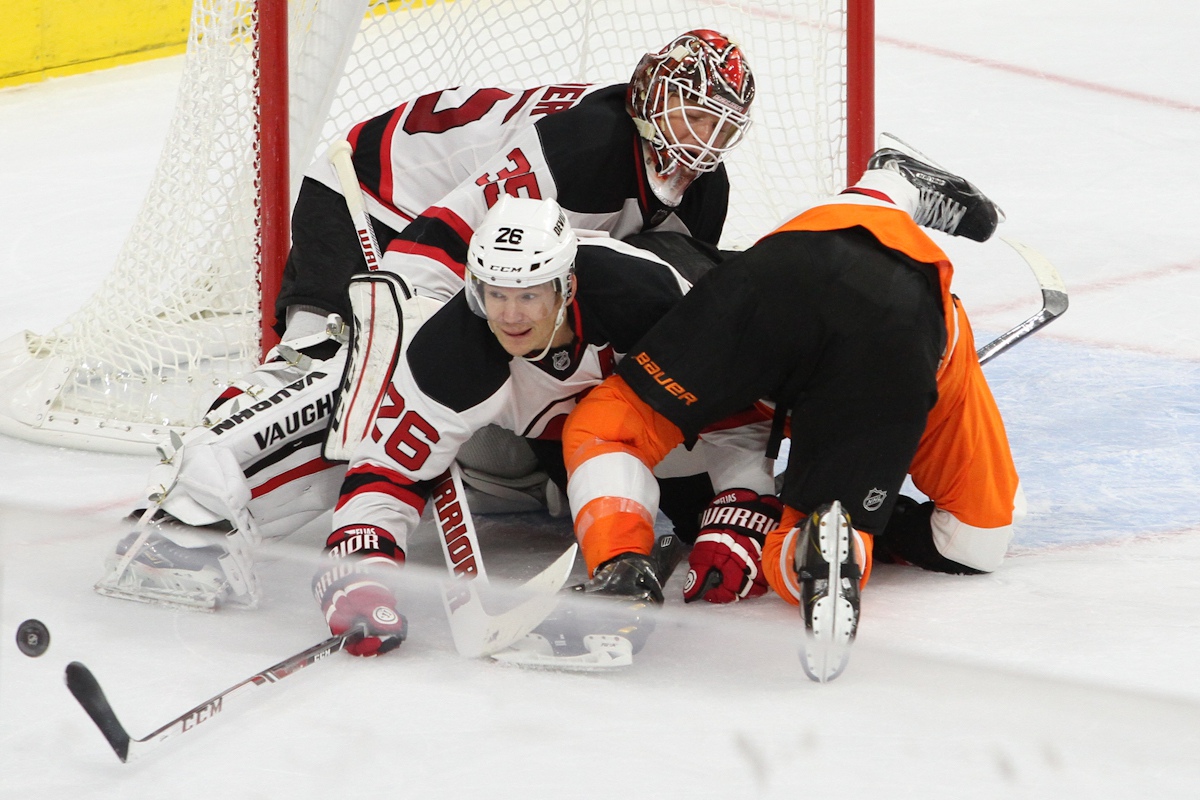 Very few people make it to their 1,000th career NHL game, let alone play all 1,000 games with the same hockey club. True to his form, Patrik Elias made sure that his 1,000th game would be a night to remember as he tallied 3 points (1g, 2a) in the contest against the Florida Panthers on Friday night.

Elias became the new Devils franchise goal leader a few weeks back when the Devils were in Montreal on December 17, 2011.  He became the franchise points leader back on March 17, 2009, the same night that Martin Brodeur won his 552nd game to become the most winningest goaltender in the history of the NHL.

“It’s 15 to 16 years,” Elias said of his career. “It’s still nice to have a…special moment, special game, special achievements for me. We’re having fun out there.”

“I hope to have a few more years in me and keep enjoying it. Hopefully the fans will enjoy watching.”

With Elias having 1,000 games under his belt, he’s got to have a favorite moment. Most would think it was his miraculous return after fighting hepatitis or when he first won the Stanley Cup. You would be surprised that what tops his list are not only the moments he had to share with Brodeur, but they were also the special moments he had with his daughter.

When asked what his most memorable moment was, he sighed and sat still for a few seconds, trying to think of his favorite game in his career.

“Maybe a couple of them,” he said of his most memorable moments. “Breaking the point record, I think.”

“Yeah, right,” he laughed. “Funny. Yeah, funny. That one. And tonight, because my daughter was here and my wife’s here, which makes it more special.”

The game that meant most to him wasn’t any large feat for the Devils or a night where he had any specific personal achievement. It was a game that would only be important to someone that was a very happy father.

“Probably last year,” he said of his favorite moment. “The last game of the season, because it was the little one’s first game. It was a different meaning in the last game.”

That last game was also coach Jacques Lemaire’s final game as head coach. He officially retired for good after that game, so that he could spend more time with his family in retirement.

For the Devils, Elias’ 1,000th career game was a great moment for the history books as they took down the Panthers in a 5-2 win on home ice. Elias not only scored a goal, but he also assisted on two other goals to end the night with three points, and take home the first star of the night.

With Florida’s Stephen Weiss in the penalty box for high-sticking, Adam Henrique was the first to get the Devils on the scoreboard at 3:53 in the first period with a beautiful backhander. Mikael Samuelsson then tied up the game at 7:33 to end the period 1-1.

With just 0:36 into the second period, Elias tallied the Devils second goal of the night to give the Devils a jump, only to have the game tied up again at 2:46 with a goal from Krys Barch.

It was the final period that gave the Devils the edge over the Panthers. At 11:40, Ilya Kovalchuk scored to break the tie, only to increase the lead further with a shorthanded, empty net goal with only 59.3 seconds remaining. Zach Parise followed with another empty netter with only 39.7 seconds remaining to give the Devils a final score of 5-2 over the Florida Panthers.

Defenseman Matt Taormina was named to the AHL All-Star Team as an Eastern Conference representative for the Albany Devils. The AHL All-Star Classic will take place January 29-30 at Boardwalk Hall in Atlantic City, NJ.

Adam Henrique was named NHL Rookie of the Month for December.