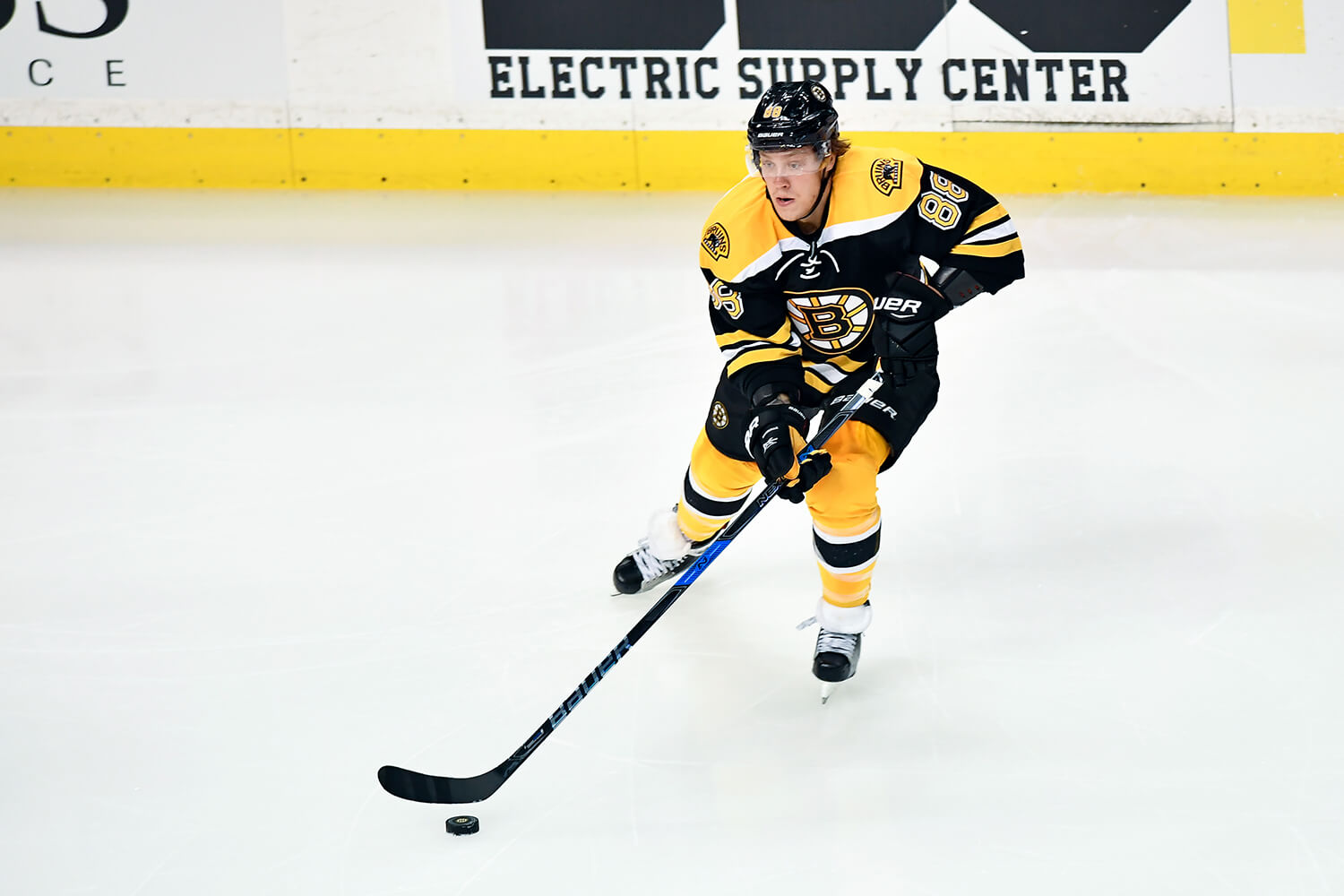 Dec 8, 2016; Boston Bruins right wing David Pastrnak (88) during the second period of a NHL game against the Colorado Avalanche.

BOSTON – The Boston Bruins are certainly getting their fair dose of Western Conference teams early on this season.

It is not like the team should be complaining; the B’s took six out of a possible eight points on the four-game road trip to kick off the 2019-20 campaign. In fact, Boston started the season 3-0-0 for the first time since 2001-02. Not too shabby.

After a hard-fought battle against the New Jersey Devils in the home opener this past Saturday night, the Bruins were back in action against another team from the Western Conference. The Anaheim Ducks came to town for a Columbus Day matinee.

The offense is starting to click for the Bruins in the previous two games after a lackluster start. The balanced scoring throughout the forward lines will be a huge asset for them this year. Also, it will be a necessity as many of the Eastern Conference teams improved during the offseason. Taking the injury factor into consideration as well, a deep team is a must.

The Bruins are well on their way. However, it is still a long journey to the postseason. The B’s were focused on the task at hand in the form of the Ducks.

“We knew coming into this game that we were going to have our hands full,” said B’s head coach Bruce Cassidy regarding Anaheim. “They have some energy and they have added some younger guys, but we are focused on ourselves this time of year and making adjustments.”

The Bruins got off to a quick start when David Pastrnak blasted a one timer past Gibson just eight seconds into the man advantage. Aside from a power-play opportunity late in the period, the Ducks did not generate that much pressure on Halak. At the same time, it was surprising that the Bruins were unable to produce more than what they did considering the amount of quality scoring chances they did get.

In the second period, the Ducks dominated the puck possession and got a lot more chances to get on the board. This was a direct result from Boston not playing that well defensively. Despite this, the Bruins were able to increase their lead on Pastrnak’s second goal of the game which came off a breakaway pass from Brad Marchand. Halak was outstanding in goal as well, even though he allowed a late goal off the stick of Rickard Rakell.

Pastrnak did not let up. He added another two goals in the final period, giving him four for the day. Halak contributed 30 saves in what would turn out to be a 4-2 victory for the Bruins.

“I still feel like there are things coming together in terms of finding that grove,” said Brandon Carlo.” Ultimately, it is going to be a long season and we have a long way to go. With all of the games ahead we just want to continue to build and get better.”

The Bruins will play their next game this coming Thursday night right back at TD Garden against the Tampa Bay Lightning.

Side Notes: Monday’s game against the Anaheim Ducks was the first of nine afternoon games that the Bruins will play in this season…Both John Moore (shoulder) and Kevan Miller (lower body) continue to progress as they are looking to try getting back on the ice for team practice in the near future…Brad Marchand entered this game leading the team in points with four goals and three assists…Zdeno Chara recently surpassed Wayne Gretzky in games played with 1,488; Chara now ranks 23rd all-time in games played and is fourth among active players…Boston swept the season series last year against Anaheim, outscoring the opposition 6-1 in two games.