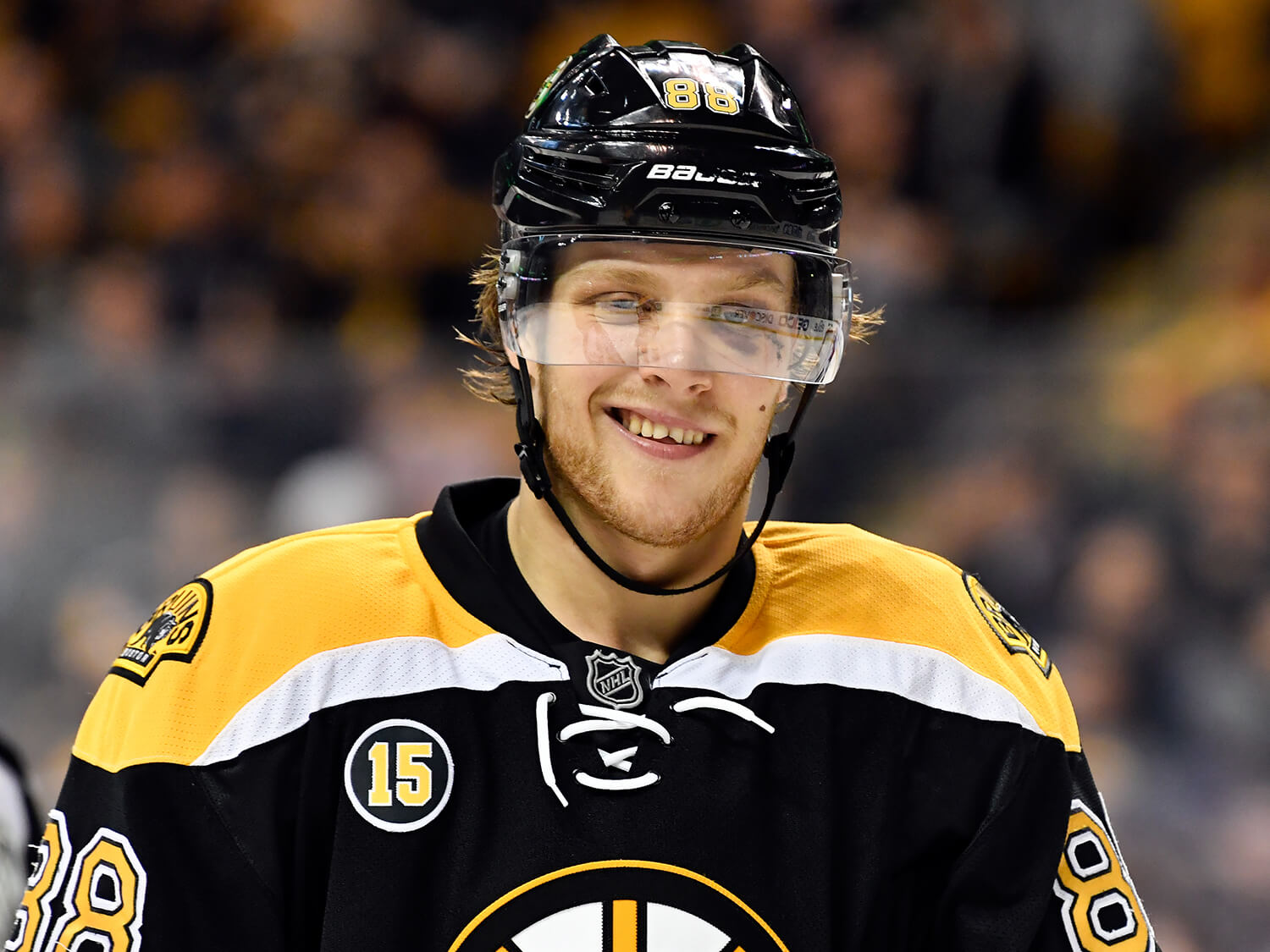 Boston, MA — David Pastrnak‘s seventh career hat-trick combined with Jake DeBrusk‘s two-goal output were enough to power the Boston Bruins past the Winnipeg Jets in a 5-4 shoot-out at TD Garden. The sell-out crowd of 17,850 erupted when DeBrusk tipped a Charlie McAvoy slapshot past Laurent Brossoit (31 saves) at 11:46 of the third period to break a 4-4 tie. DeBrusk’s second goal of the game was his sixth goal in his last 10 games.

Having played last night in Toronto, a 4-3 overtime win, and three out of the last four nights it was the Jets that jumped out to an early 1-0 lead. Kyle Connor hung onto the puck in a two-on-one situation and toe-dragged it by Torey Krug to backhand the puck over the glove of Jaroslav Halak (17 saves) for his team-leading 22nd goal of the season.

The Bruins carried play for the majority of the period. Chris Wagner had a two on one bid leg-saved by Brossoit as Wagner crashed into the post.

Pastrnak’s heady stick-work at the Winnipeg blue line kept the Jets pinned in their zone late in the period. Pastrnak dumped the puck into the corner where Sean Kuraly dished behind the net to Joakim Nordstrom, Nordstrom fed a wide-open Pastrnak all alone in between the circles for a one-timer past Brossoit tying the game 1-1 at 17:14. The assist for Kuraly ties his career-high of 13.

The Bruins outshot the Jets 13-6 for the period while winning the face-off battle 12-6.

The game’s first penalty was Winnipeg’s Luca Sbisa for Tripping just twenty-nine seconds into the second period. The Jets penalty kill ranks last in the NHL but successfully killed off this Bruins chance with no major threats.

At 4:23 Boston was hit with a Too Many Men on the Ice penalty. Despite having a league second-best 84.96% penalty kill Boston surrendered a goal at 6:00 when a Josh Morrissey slapshot from the blue line was tipped by Andrew Copp past Halak for the 2-1 Jets lead. The power play goal was Copp’s seventh goal of the season, his third in his last eight games.

Former Bruin Blake Wheeler was sent off for Tripping at 9:36. It only took the Bruins and Pastrnak five seconds to capitalize on the man advantage. A face-off win was worked around the boards from Brad Marchand to Krug who dished to Pastrnak for the one-timer at the top of the left circle. The game-tying goal was Pastrnak’s league-leading 34th of the season.

Boston had their first lead of the evening at 18:49 when Jake DeBrusk blocked a dump in attempt at the Bruins blue line by Sbisa and beat him to the loose puck for a breakaway. DeBrusk roofed the puck high glove side on Brossoit making it 3-2.

The lead was short-lived as Bruins defenseman Matt Grzelcyk was whistled for Interference at 19:17. Neal Pionk‘s slapshot from the blue line at 19:52 found it’s way past Halak tying the game 3-3.

The Bruins continued to outshoot the Jets 11-8 for the period for a two-period 24-14 lead and maintained a 30-13 edge in the face-off circle.

Boston had a power play at 3:09 when Morrissey was called for Tripping on Charlie Coyle but it amounted to only a Patrice Bergeron bid in front that Brossoit turned aside.

Connor’s speed and skill again led to Winnipeg lighting the lamp when he deked on Grzelcyk then fed a pass in the crease through McAvoy’s legs to Mark Scheifele. Halak made the initial stop on Schiefele’s bid but the rebound fell to the 6′-3″ center who banked the puck off of Halak into the Bruins net for the 4-3 lead at 7:50

The Bruins had a three on one chance when DeBrusk recovered the puck in the Jets corner and walked it out front for a shot on Brossoit. The sixth-year goalie was unable to corral the puck and David Krejci tapped it back to Pastrnak for his third goal of the game. The hats rained down on the Garden ice as the 23-year-old Czech celebrated the tying goal, to build on his league lead.

Just thirty-three seconds later the Bruins took the lead for good when McAvoy’s slapshot was redirected by DeBrusk. Grzelcyk was also credited with the assist on the game-winning goal.

The Bruins continued their assault on the Jets net while Nikolaj Ehlers was in the box for Hooking at 12:12. Brossoit weathered the storm but was fortunate that Krug only caught the post as the power play was expiring.

When the Jets pulled Brossoit with just under two minutes remaining Winnipeg controlled the play in the Boston end but could not generate a solid scoring chance as time wound down on the game.

“It was right for a long stretch,” said Jets coach Paul Maurice. “Getting into the penalty box as we did was a challenge. I liked the way we started off the third but then we got into the box again.”

“That line (Bergeron, Marchand, and Pastrnak) is capable of creating things when there’s not a whole lot there,” added Maurice. “We obviously didn’t handle them as we would have liked to tonight.”

The Jets road-trip is over having gone 2-1-1. They next play on Sunday when they host the Nashville Predators at Bell MTS Place at 2:00 pm EST.

The Bruins meanwhile head out for a three-game road trip when they take on the New York Islanders on Saturday night at the Barclay’s Center in Brooklyn, New York. Puck drop is 7:00 pm EST.