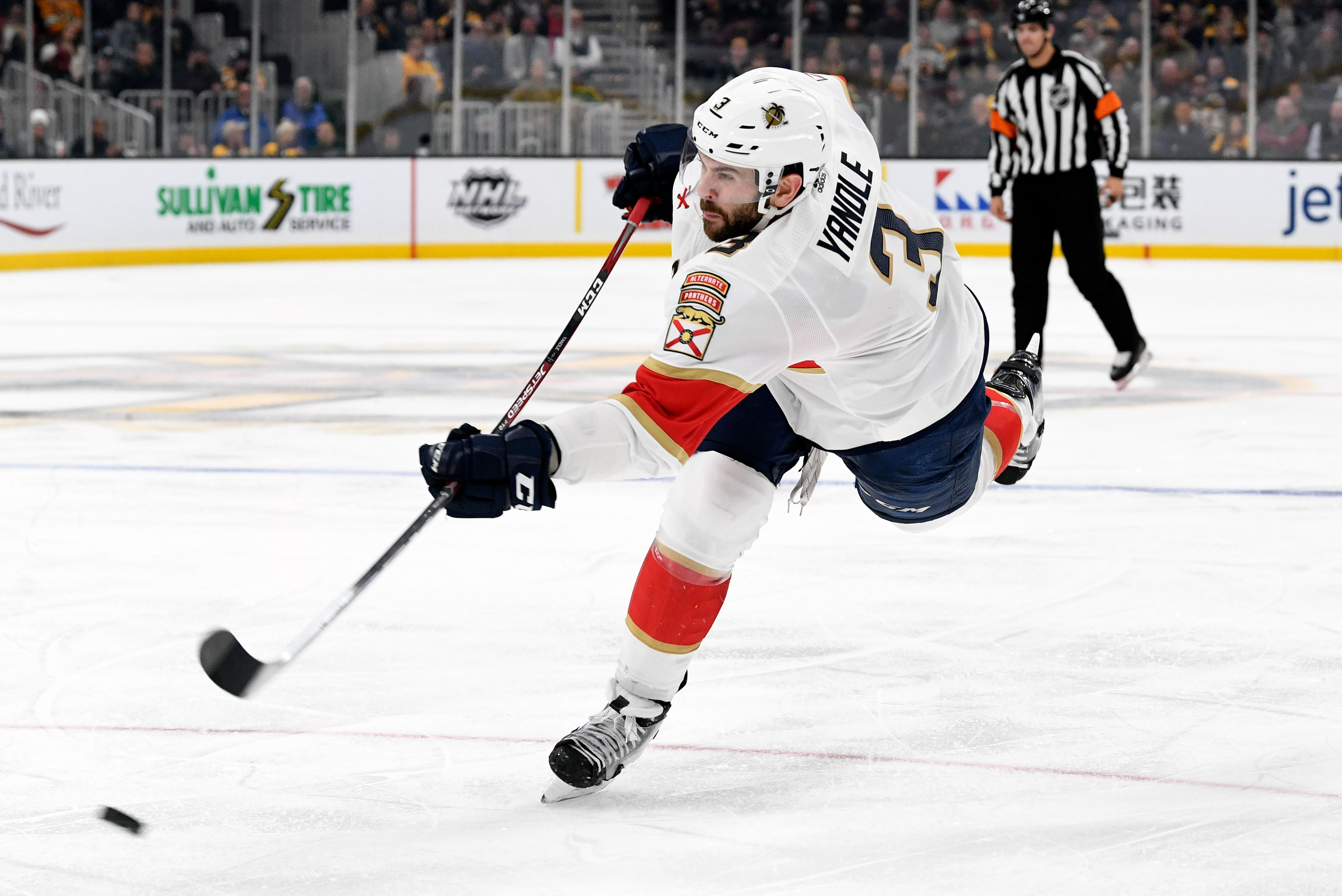 NEWARK–Eight. That’s the number of defensemen the Panthers dressed Tuesday in New Jersey. It’s a rare sighting due in part to the obvious implication: it’s at the expense of two forwards. Alternatively, meet the Florida Panthers.

The Cats fourth line consisted of two Panther blue liner’s on Tuesday and they did a lot more than just ‘fill-in’.

After sustaining some pressure late in the first period, Mike Matheson, a right wing on this evening, cashed in to give Florida a go-ahead goal after tying the game earlier in the frame.

The unique line’s effectiveness did not end there as 2:43 into the second, Mark Pysyk, also masquerading as a winger, added another Panther goal–the 3-1 tally. And after watching his two line mates connect, Noel Acciari, the center and only natural forward, connected at 5:38 of the second period to make it a 5-2 lead for Florida.

Mark Pysyk got things rolling in the second! ? pic.twitter.com/mIvI967wdS

There are currently four defensemen on the ice for the Panthers. Four!

By the end of the game’s first 40 minutes, the fourth line recorded a combined stat line of three goals, six assists and nine points to go along with five shots-on-goal.

The odd occurrence followed a 4-1 loss to the Flyers, where the team had seven defensemen play with Matheson as the odd-man out on a seven-man rotation on defense. Tuesday’s lineup though saw Jayce Hawryluk and Denis Malgin sit.