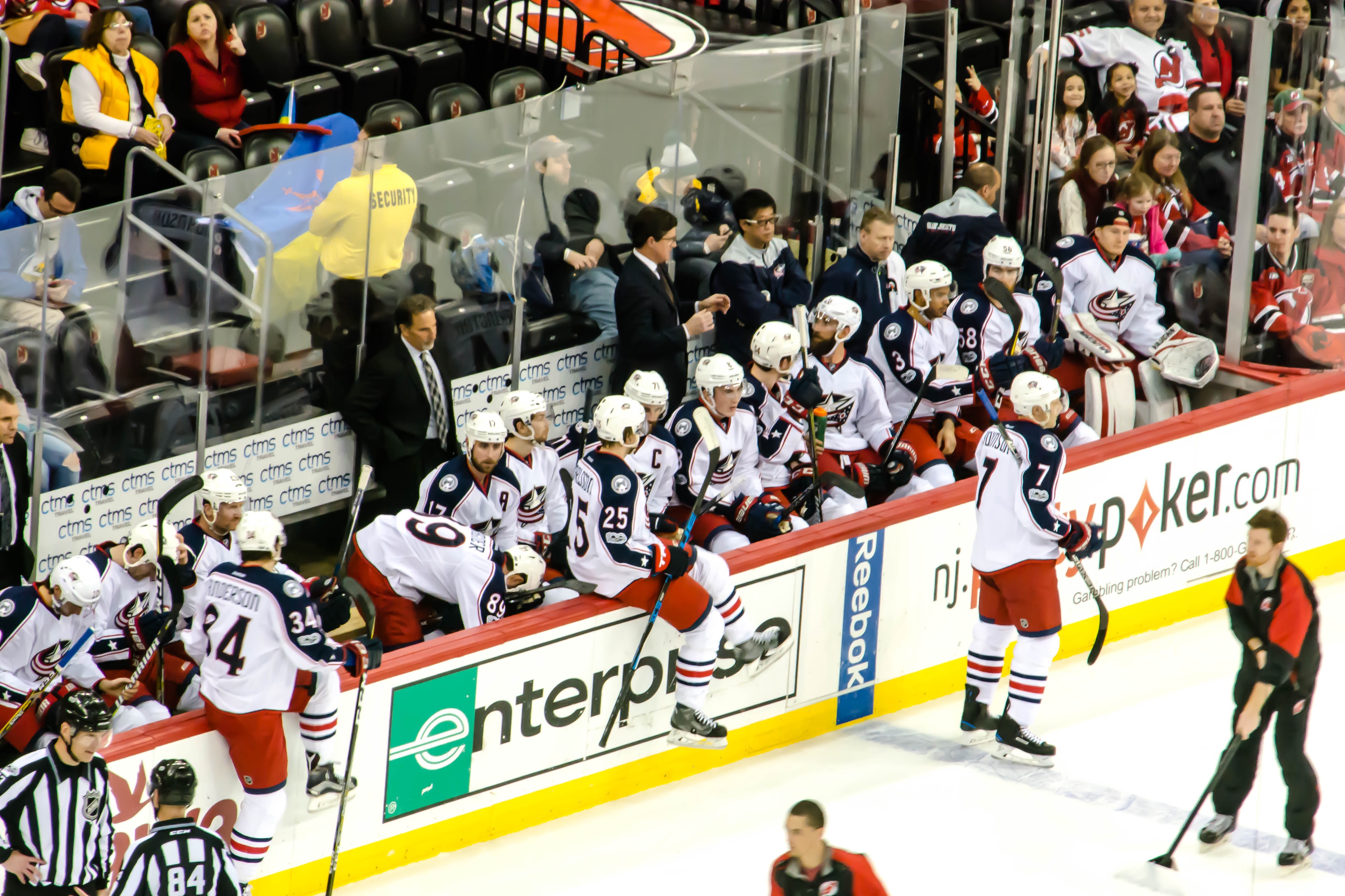 NEWARK—It was an afternoon for the NHL archive as the Blue Jackets scored two penalty shot goals in a 4-1 victory over the Devils, clinching the franchise’s third postseason appearance on Sunday.

It was the first time in the franchise’s history and only the third time in league history that a team scored two goals on penalty shots in a single game. Lukas Sedlak’s shorthanded penalty shot at 6:32 opened up the scoring. Brandon Dubinsky tallied the second penalty shot goal of the game at 6:28 of the second period after Josh Anderson was hauled down on a breakaway and was briefly forced to leave with a minor injury.

In between the two penalty shots were goals from Boone Jenner, who scored Columbus’ second shorthanded goal on the afternoon 10:23 into the first period and Adam Henrique who struck back seven seconds later on the power play.

Jenner would add the exclamation point on the empty-net at 18:03 of the third, helping the Blue Jackets clinch their third playoff appearance and first 100-point season in its history, albeit in bizarre kind of fashion.

“We had four goals and one assist—how strange is that?” head coach John Tortorella said following the win. “One o’clock games, you just never know what is going to happen…I’m proud of the group.”

Matt Calvert applauded his teammates efforts in sticking out a game in spite of some of its corky nature.

“It was a weird one,” he said. “We found a way through it, we stayed with our structure. Those are games to stick with at times.”

For the Blue Jackets, who became the second team in the league to clinch a playoff berth, the message was clear—the job is far from done.

“This is what you play the regular season for, a chance to play in the postseason—when the fun stuff begins,” captain Nick Foligno said. “We still have a long ways to go, the job’s not done. I’m proud of the guy’s because I think everyone’s mentality and focus is on that and understanding we just need to try and be a better team each game.”

The win ties the Jackets with the Capitals for the league lead in points and the President’s Trophy. While the Jackets aren’t focusing on that, it’s there for the taking.

“You don’t get this many opportunities, you’re just excited to get in,” Foligno said. “I think with this group and how we feel about how we’re playing, it’s an opportunity for us to continue and push toward something. I don’t think any of us focus on it, though.”

The coach echoed his captain’s sentiments, but understood how special the achievement can be. Particularly for an organization whose 16-year history has seen its share of dark days.

“There’s a lot of people who work hard for the organization—I’m not going to get too wrapped up in it,” Tortorella said. “I just want us to be consistent as we go through our remaining games and be in a good mindset as we enter (the postseason).”

For Tortorella, Columbus is the third franchise in which he’s guided to a 100-point season, previously doing so with the 2003-04 Tampa Bay Lightning and 2011-12 New York Rangers. Brandon Dubinsky was on the Rangers team and credits the coach’s emphasis on accountability.

“He holds everyone accountable,” Dubinsky said. “He doesn’t look at paychecks, he just looks at your body of work and you get rewarded with ice time and opportunity based on that. As a player, that’s all you can ever ask for and he’s got an innate ability to get the most out of his guys.”

Goaltender Sergei Bobrobvsky made 35 saves in the contest. His first period goal allowed broke a 130-minute shutout streak versus the Devils. He shutout the club in a home-and-home pair of games on Mar. 5 and 7.

The Blue Jackets will host the Maple Leafs on Wednesday before traveling to Washington on Thursday for a game that could have major implications on who wins the President’s Trophy and more importantly, who is the top seed in the Eastern Conference.