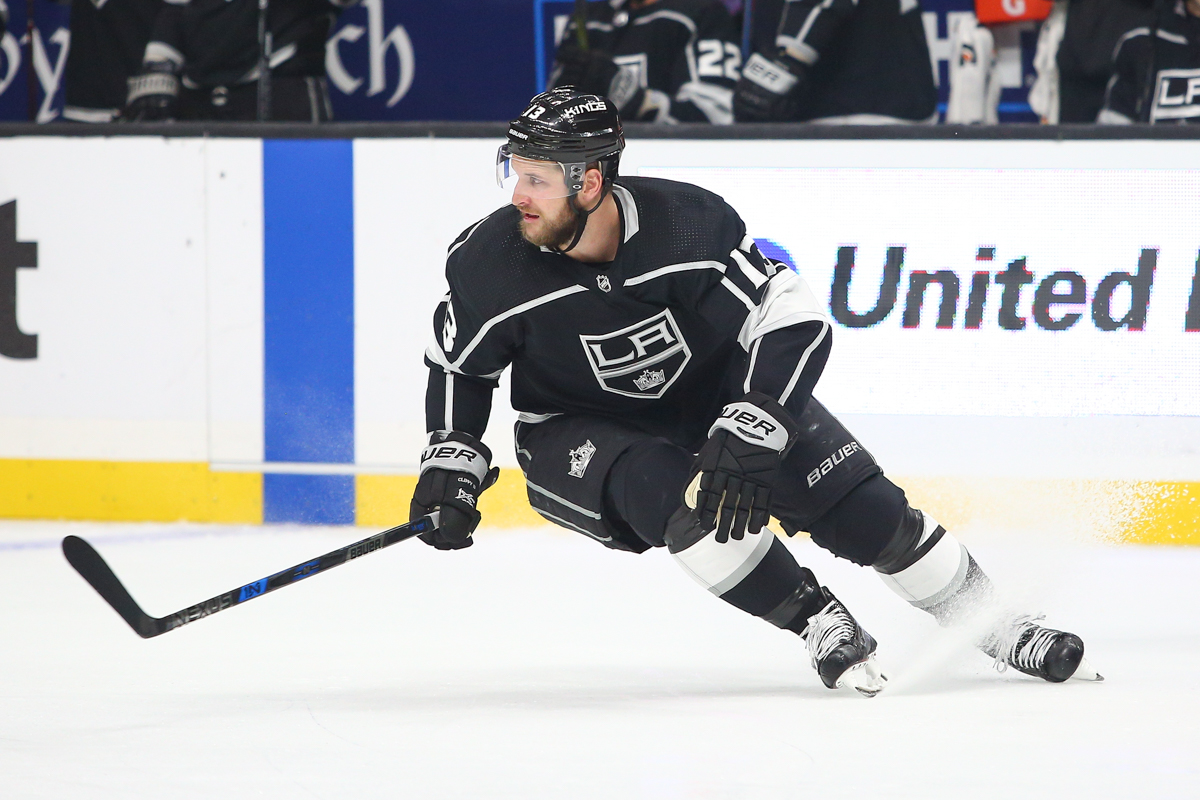 Apparently, I wasn’t the only one who noticed how poorly the Edmonton Oilers played in LA Saturday night on the way to a 4-0 loss. When their coach, Ken Hitchcock, was asked about his team after the game, he said, “The start? Come on. We had one player show up and play, Darnell Nurse. He was our best player by a mile. He was one of the most competitive players on the ice, and that’s all we had. We didn’t compete.”

He wasn’t done: “This is on everybody. Everybody. When you have one player who competes at a high level in a game like this, it can’t be acceptable. There’s been too much of this go on in the first 41 games. We win one, then we take our foot off the gas, and that’s exactly what we did. When one guy is at that level, and everybody else is struggling to even compete for a puck? Come on. That’s what happens when you don’t show up.”

He said his team doesn’t have a playoff attitude, and that, “That has to change.”

Then he ended with, “I don’t know what it is, but I’ve said enough. I’ll get myself in further trouble. This is not acceptable.”

There are lots of places to point. Edmonton has a goaltending problem. And they don’t play defense. Add those together, and you’ve got a recipe for disaster, even against a team playing like the LA Kings are playing (which is essentially, if you haven’t been paying attention, a game in which very few goals are scored).

That the Oilers were down by three goals against those Kings before fifteen minutes of their game Saturday night had elapsed is indication of their lack of effort to keep the puck out of their own net.

The goals, scored against Mikko Koskinen (25 NHL games prior to this one, thirty years old, probably not a ton of games to come), were mistakes combined with poor netminding.

The first was from Kyle Clifford, a rush down the right side. He deked to the net and put the puck at the goalie. It went through Koskinen and into the net. The second was Toffoli, who made a nice deke through the slot as he held the puck and shot it into the net. Not the goalie’s fault, that one. Blame the forwards instead, because they failed to get the puck out of the Oil’s end twice consecutively.

The third goal was by Jeff Carter. He rushed it into the zone down the middle of the ice, kept it, and flipped it past the goalie, over the shoulder far side. It was a perfectly placed shot, granted, but it was enough for Hitchcock to make the goaltending switch, with three goals on eight shots all he needed to see.

There was no response. Through a period, the Oilers had but three shots on record. The only play of consequence was early on, when McDavid streaked across the crease, ultimately losing the puck before he could get a shot on net.

Perhaps this play explains the six-game losing streak the Edmonton team was on before a win versus Arizona three nights before the Kings game against put them back on the plus side. The contest was 3-1 in Edmonton’s favor. McDavid had the latter two goals, and thus, obviously, the winner.

The Kings, for their part, were on a two-game losing streak, but even at that have played better of late, with the last ten being 5-4-1 prior to Saturday night. Should they hold on to win (and I know you already know what happened), they would find themselves 6-3-1 in their last ten.

Too late? Probably, as they’re still mired amongst the worst teams in the Pacific and the West, but there’s still reason for hope. And for once, the fans were appreciative as the team left the ice to end the first period. They cheered enthusiastically. And the arena was full.

The Oilers gave the puck away time after time in the first period, though the stats showed the Kings the weaker team in that area at a 4-1 mark. One other thing to note—in the shots attempted stat, the Oilers had 15 and the Kings 14. All that means is that LA was playing far better defense than the Oilers, and that the Edmonton team wasn’t able to find a way to defeat the LA defense.

Would period two show better? Certainly, the Hitchcock mind must have been whirling to come up with a different plan in hopes of salvaging the game.

Nothing much changed, except that the Oilers quit giving the puck away (inexplicably, they were credited with three gives in the frame to go with the one noted as being charged to them in period one). Nobody scored. The Kings had the benefit of a power play and a half, with the Oilers penalized in the middle of the period and then again near the end. These were this period’s examples of Oilers’ lack of discipline. The first was a slash by Chiasson. The second was a hold of Kyle Clifford’s stick by Alexander Petrovic as he chased the Kings’ Clifford into the right corner in the Edmonton end of the ice.

The Kings had a penalty of their own, albeit a little better one: Scott Walker used a hold to stop and Edmonton player from breaking through the defense.

LA didn’t do much with its power plays. They can’t get set up in the zone. They tend to get an initial flurry, have it cleared for most of the rest of the two minutes, and then get another flurry late. On their best chance, the puck went way over across the slot to Kovalchuk, who shot into the goalie (Cam Ward now) as he moved to his right.

The Edmonton power play, by the way, didn’t get much going. Partly, blame McDavid. The puck came to him at the right faceoff dot. Quick was on the opposite side of his net. McDavid hesitated with the puck, ending up settling for a shot-pass that hit his own guy close to the net.

Had he shot right away, he would have buried it. As it was, he gave time for Quick to get over and cover that side, even in the puck had had a clear path to the net. That goal might have jump started his team. Never happened.

Adrian Kempe appeared to get injured in the early part of period two, being pushed into the boards by Adam Larsson as they chased the puck to the left corner in the Edmonton end. The LA player got up slowly, limping to the bench. His leg had bent back as he hit the boards, it appeared. He played about three minutes of the second period, and almost thirteen on the whole game. There was no mention of any injury.

The shots in the period were once again in favor of the Kings, with them firing nine and the Oilers seven, for a total of ten through two frames for the visiting club.

LA opened the third period on the power play and eventually got a fourth goal, about halfway through the period. Then a fifth, but that one, right near the end, was called back on a video offside challenge. Why do that so late? Who knows. It was a clear-cut offside, and Dustin Brown’s goal was reversed.

Before that, Kopitar put one neatly over Ward, top corner. It was his tenth of the year.

The winning goal, anyway, was Kyle Clifford’s. I was the only one who talked to Clifford after, and I asked him about it being special to score the game winner. “You want someone to have the game-winning goal, because that means your team won, and that’s what it’s about is winning in this league,” he replied.

I asked if he had a plan going across the net front, and he said, “Yeah, I just tried to push him to the other side, and squeak it in on the inside.”

Where did it go? It looked from above like it went through the goalie. Nope. “It went under his glove.”

I told Clifford that any time he scores, it’s a happy moment upstairs, and he took that with a big grin. I thanked him, and he said, “No, thank you.” Nice guy. Skilled in ways that we didn’t see when he had to fight more than he does now.

Kopitar’s goal was this 300thin his career, and Quick’s shutout was his 300thcareer win.

What’s new in LA, by the way? Not much. Hagelin missed 20 games but was back in, playing with Kempe and Toffoli. Sean Walker played his 16thgame on defense (season and career), paired with Muzzin. Alec Martinez has been on IR since mid-December. Alternate defenseman Paul LaDue was scratched, as were Nikita Scherbak and Matt Luff.

My book Mixing Memory and Desire will interest those of you who like stuff about WW1. Please give it a try.