With Kevin Bieksa traded to Anaheim, and Zack Kassian traded to Montreal, the Vancouver Canucks are losing two players with distinct (and some might say rugged) personalities. Bieksa, who spent 10 seasons with the Canucks as a defender, was a leader on and off the ice. He is the type of player that does not shy away from defending his teammates, and his passion for the game and desire to win is evident. He has a funny side too; for example, many fans fondly remember the time he pretended to by Ryan Kesler in an interview, fooling the interviewer.

Kassian on the other hand, spent three and a half season with the Canucks, and while he had flashes of brilliance, was often chastised for his inconsistency and attitude. He was acquired by the Canucks in the infamous Cody Hodgson trade, and while at times played with the Sedins and contributed greatly to the scoreboard, was also sometimes a third or fourth line winger who struggled to make his presence felt on the ice in a positive way. He had a career high 14 goals, 15 assists, and 124 penalty minutes in 2013-14.

Now the Canucks are trying to fill the holes left by these players by signing free agent defender Matt Bartkowski and by acquiring forward Brandon Prust from Montreal in the Kassian trade.

Bartkowski, who has spent the past five years in the Boston Bruins system, is a 27-year old defender with a lot to prove. While he has played top four minutes before for the Bruins, some people (including himself) feel that his play was  inconsistent this past season. Through 131 regular season NHL games he has yet to score a goal and does not get a lot of time on the power play and the penalty kill. He does however have one NHL playoff goal, which opened scoring in game 7 of the first round of the 2013 Stanley Cup Playoffs against the Toronto Maple Leafs.

Bartkowski had a fairly strong season in 2013-14, when he finished with a plus-22 after 64 games, but struggled in 2014-15. He may have better playing chances in Vancouver; GM Jim Benning is familiar with him from his days in Boston and may be hoping that he’ll have a breakout season in 2015-16.

Benning described Bartkowski to The Province as a “mobile, transitional defenceman.”

“In his own end, he’s real good at boxing players out and being in the right spots defensively,” Benning also commented. “He’s got a good stick. He’s an excellent skater and he can carry the puck up the ice.”

Next season, 26-year old Swiss player Yannick Weber will likely take Bieksa’s spot as a top four defender alongside Dan Hamhuis. Weber led the Canucks’ defenders in goals last season with 11, and had a fairly decent season in which he was also effective on the power play. This leaves the third defence pairing to be determined, and Bartkowski will very likely get a chance to be part of the third pairing.

Brandon Prust, a forward, shares a lot of similarities to Kassian, who he is replacing. He is older than Kassian, with more NHL experience. When it comes to playing style, Prust is often called a “rugged left-winger.” He amasses more penalty minutes than goals, with 30 goals in his last three seasons with the Montreal Canadiens, but can be depended on to play each and every game to best of his ability. Prust has also proven to be an effective force on the penalty kill.

Another major thing that the Canucks are losing with the departure of Bieksa is his leadership and positive attitude. Prust however, may be able to provide some of that. The Canucks like Prust’s high-energy character, and hope that he will be a positive presence and leader for the team on the ice and in the dressing room.

While being traded to Vancouver was a huge shock for Prust, who is leaving behind many close friends in Montreal, he has a good attitude going into playing with a new team on the other side of the country.

“The Vancouver organization is great and I’ve always like playing in that building,” Prust told NHL.com. “I’m very blessed with the teams I’ve been fortunate enough to play with. I’ve played with some great teams and some great organizations, and Vancouver now is another one. I’m really excited.”

The other new players the Canucks have signed so far this off-season will all likely start the 2015-16 season with the Canucks’ AHL team, the Utica Comets. These players are defender Taylor Fedun, goalie Richard Bachman, and centre Blair Jones. 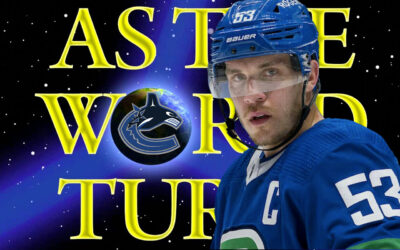 As the Canucks’ World Turns

The Vancouver Canucks are trying to recover from their early-season woes and find a sense of themselves as they worked their way through a recent 4-1-1 winning streak that helped make up for earlier losses.

END_OF_DOCUMENT_TOKEN_TO_BE_REPLACED 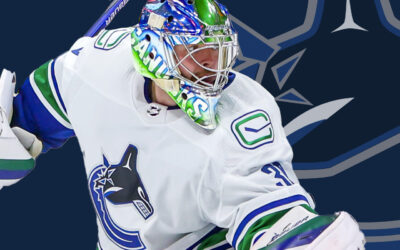 Can the Canucks Avert a Meltdown?

Unless the Vancouver Canucks can find a way to quickly turn around their season, they are possibly destined to end up as one of the “bottom feeder” teams in the NHL. Backup goaltender Spencer Martin has been more effective early on than Thatcher Demko, and maybe it’s time to reevalaute Martin’s playing time heading into the second month of the season.