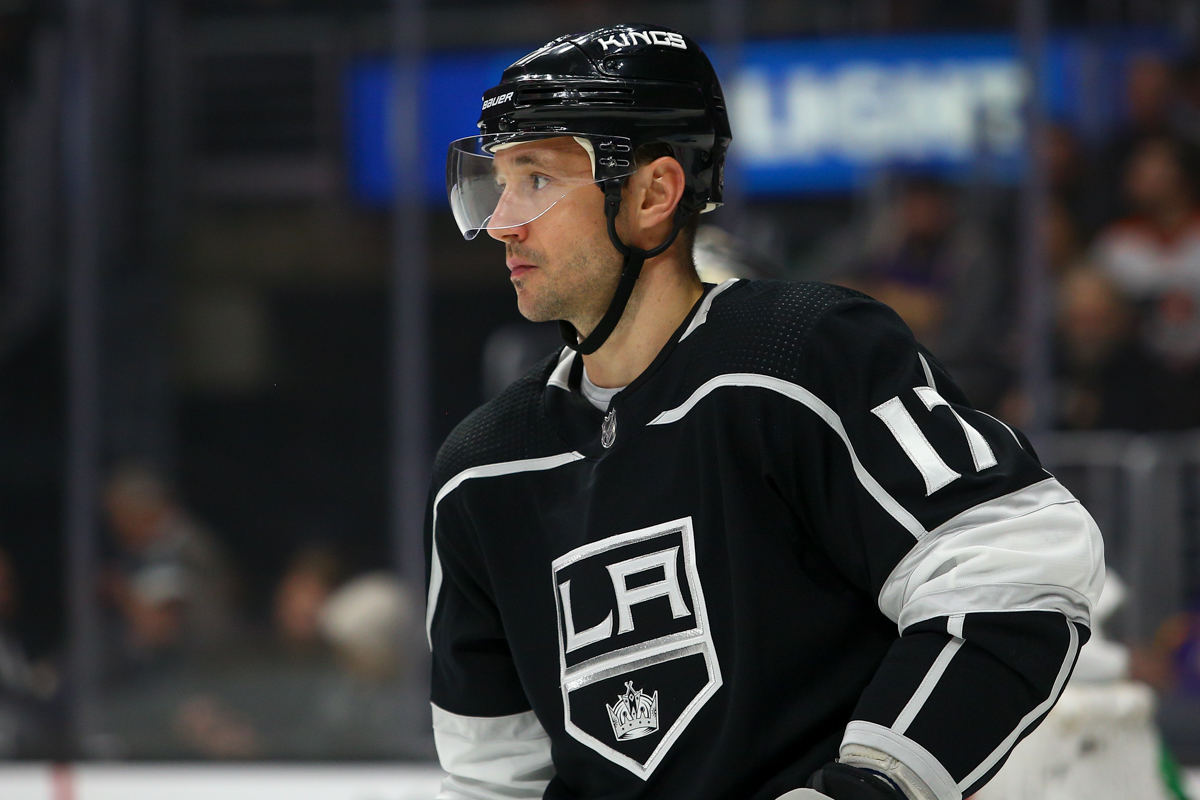 Not Tonight, He’s Not

“Nobody comes to the rink to stay close or to have moral victories.” That was Todd McLellan’s pronouncement after the Kings won Tuesday night, and a good one. But that leaves a question: What’s a bad hockey team? Let’s venture some answers.

One that doesn’t score goals. Check. The LA Kings were tied for fourth fewest goals in the NHL going into their Tuesday evening tilt against the Wild. Minnesota was three goals ahead of them, still amongst the weakest scoring machines in the league.

A team that lets in a ton of goals. LA has allowed more than anyone in the West. They’re second in the league in Goals Allowed behind only Detroit. Minnesota is third worst in the West.

How about a squad that can’t win on the road? Check, and check.  Each of these teams is way worse on the road than they could be.

And then there’s the PP and PK. At least here, the Wild are respectable, returning numbers about mid-level in the league in each category. The Kings, meanwhile, are predictably 29thin the PP. They don’t score goals, remember? But their PK—also disastrous, second worst in the league (in front of the Red Wings) and allowing a goal about every three chances for the opposition.

Do the only fancy stat that matters (other than shot attempts, OK) on that, the Scotty Bowman, and check how close to 100 the addition of these two scores gets you, and the Kings are just about an 80. The Wild are close to the magic 100. The best teams in the NHL in this regard right now, Edmonton and Boston, are hitting at an unrealistic 115 combined. This won’t likely continue, but it explains why they are where they are in the standings.

And what about a team that its fans are fed up with and don’t support at the moment? I have no idea how it is in Minnesota, but in LA, tickets for the Kings were plentiful on Monday and priced as low as $11. A check of a ticket reseller (official one) just before the game Tuesday showed things slightly improved at about $25 the going rate for 300-level seats.

In Toronto, that would be . . . oh, never mind. It snowed there today. Who wants to be there?

Just to add to that, a check at 7:23 local time showed a spot in a suite available for a tenner in two different instances. Other seats were coming down as sellers panicked and decided to take what they could get.

So with all that bad news, what’s good? Well, by fiat of the league, at least one of these teams had to win a game on this night. In the old days, we might have seen Rogie Vachon and Cesar Maniago post a 0-0 deadlock. No more. And fans hoped things would proceed in at least somewhat exciting fashion.

As I’ve said previously in this column and other places, you go to the games because the games are being played. Even losing, these are the best athletes at this discipline in the world. And you never know what you’re gonna see or who’s going to do something spectacular.

Or just do something. The news in Kings-land early in the week was that they were calling up Matt Luff from Ontario (California) to take a spot amongst the forwards. Luff has not played this year, but he got into 33 games prior, and he has 11 points in those games. He would get about nine minutes of playing time Tuesday and not figure into the scoring.

He slotted in with Kyle Clifford and Nikolai Prokhorkin, a 2012 Kings draftee who at 26 years old was in his third NHL contest. He did play for SKA St. Petersburg of the KHL and posted a point-per-game clip with 20-21-41 goals in the same number of games.

Who was in was not the story. The persons sitting to vacate space on that line were.

Who was out to make space for these youngsters? Adrian Kempe, for one. He had played in all 17 games prior, with a goal and three assists. His ice time was about 16 minutes per game until the last contest, against Montreal in Quebec. He got in just 9:21 of action. His lone goal came the day before Halloween, against Vancouver. The Kings lost that game, 5-3.

The other scratch—Ilya Kovalchuk. He too had played 17 games, but his point production was better than Kempe’s, with three goals and six assists. Now, my math might be better than my coaching skills, but that’s about a 40-point season, and most players would be rewarded for that production. His game is super one-dimensional, though, so maybe new coach McLellan was making a point. Pretty gutsy to sit two of your offensive stars on the same night, though, and this is where all the questions came after the fact.

Captain Anze Kopitar, who first said he wasn’t going to comment, relented with, “It’s, you know, first of all, it’s uh, it’s not definitely not a great situation. Kovi is a good guy. There’s nothing that’s wrong with the attitude or anything. He wants to win. He wants to do the best. He’s a really good guy off the ice. Everybody can probably say that about him. For whatever reason, it’s not really working on the ice. That’s how you can really put it.”

The coach added, “Kovi’s on board. Just like the rest of the players, he’ll get his opportunity to come back in. It’s, we have to treat him like any other player, and if Toffoli and Kempe and others who haven’t maybe had real good games have had to come out and watch one, we treat everybody the same.”

When asked how Kovalchuk responded to hearing he was scratched, McLellan said, “Fine, no problem.” Odd for a proud superstar, but let’s see what else leaks out. “Healthy scratch, and tomorrow’s a new day,” he had earlier said. He denied altogether that it was punitive.

Maybe that’s what lit the fire under Jeff Carter and Kopitar. The latter got a goal at 1:10 of the first off a puck that Devan Dubnyk didn’t control. The Slovenian put it behind him on a rebound. Carter’s goal came off a point wrister from Ben Hutton that was tipped on the way in by Michael Amadio. This perhaps explains why Dubnyk didn’t control that rebound either. Carter was right in front and slammed it home.

The Kings let a goal get by them later in the second, when Ben Hutton cleared a puck up around the boards and his forward failed to grab it. Instead, Matt Dumba did. He deked past Carter to move in from the blueline, and fired away. The puck hit Hutton—thanks for helping, kid—bouncing between his knees and sailing misdirection-style past Quick.

The Kings got one more, into an empty net after two failed tries, to make it 3-1 and seal the game.

Statistically, the Kings winning put the game makes them the not-worst team in the league. No, wait, that’s wrong. There are a bunch of teams with 13 points, and the LA goal differential is still the poorest in the NHL.

Well, a win’s a win, and seeing a lineup shakeup was kinda fun. More to come Thursday night perhaps, with Detroit in town off an OT win over the Anaheim Ducks.

To put a bit of fun into things, here’s one for you: on October 17 against Buffalo, every player who played (including the goalie but not the backup) register a shot on goal. This had never happened to this team prior. And of all the goalies they’ve featured over the years, only one other, Kelly Hrudey, had registered a shot on goal.