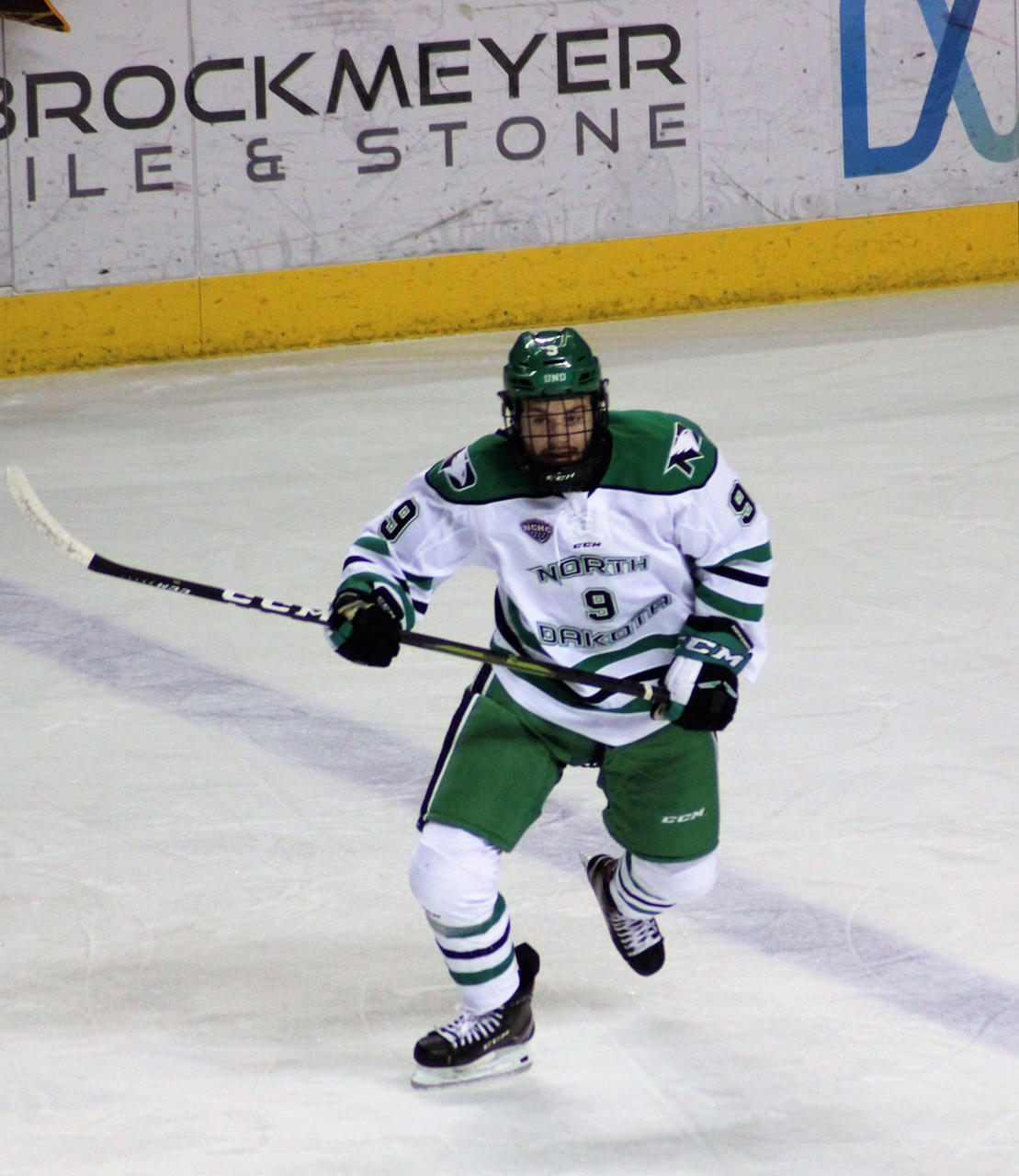 Grand Forks, ND — Last season, Canisius freshman goalie Matt Ladd stopped 48 of 49 to complete the non-conference sweep against the University of North Dakota. In the end, that loss was one of the final nails in the coffin for the Fighting Hawks’ chances of making the NCAA playoffs.

Fast forward to this season. On Friday night, the Fighting Hawks were all business. They came out sporting their black business suits and they took it to heart. From the drop of the first puck to the last whistle, they never let up shutting out the Golden Griffins 5-0. The Hawks players were excited to see the new black Adidas uniforms having in their locker stalls.

“Oh, it’s go time,” Dixon Bown said. “That’s our business suits. So, you know it’s on when we got those on. We owe these guys from last year so we still got a job to do one more game tomorrow.”

As the game went on, it was very reminiscent of the series from last season. The Hawks would spend the majority of the first two periods in the Golden Griffins end blasting shots at the Golden Griffins goalie but Ladd stood his ground. Finally, senior forward Dixon Bowen would pick up a puck in the crease and deposit the biscuit behind Ladd to give the Hawks a 2-0 lead.

It was eerily familiar, through two periods of play, the Ladd had stopped 25 of 27 shots. Then the Hawks broke the game open in the third period with three goals on eight shots. Bowen’s second goal of the game would chase Ladd.

“It’s nice to be rewarded like that,” Bowen said. “I think our line did a good job of battling pucks and working them low in the zone and just getting pucks to the net… getting to the house and that’s kind of a big emphasis this year. I think last year we played a lot on the perimeter we managed the puck a lot but we didn’t get enough (pucks) to the middle area of the house.”

Unlike last season, the Hawks kept pushing and didn’t take the foot off of the gas. In the end, it paid off.

“We kind of went in with the mindset knowing they’re going to pack it in, and try and have a low scoring game,” Grant Mismash said. “ We knew going into it that we just wanted to stay level headed, and just know that the goals are going to come if we could do the little things I think we did that and obviously it showed.”