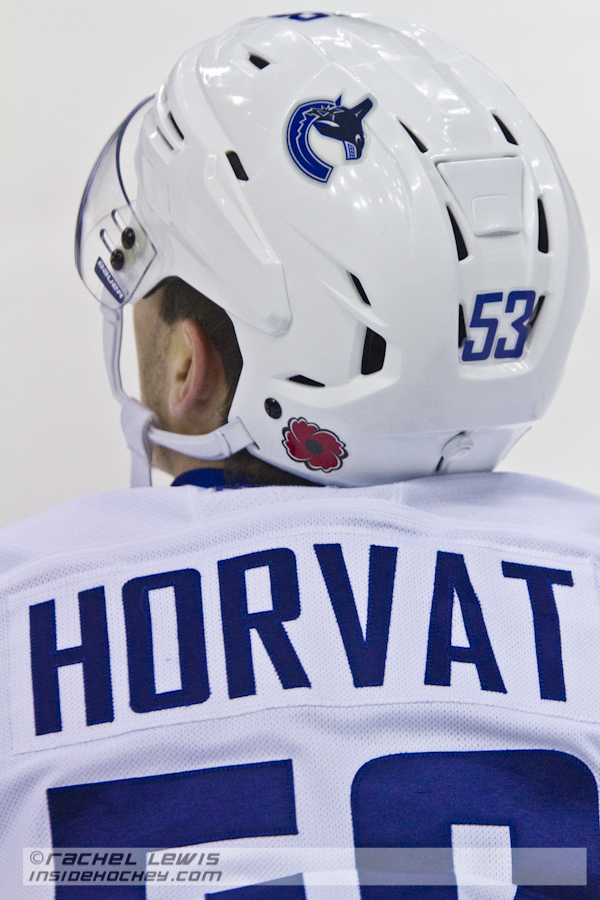 What’s up with LA? Not the people, nor the city—the hockey team. Coming into Tuesday, they’ve won two of the last three and gained a point in the other. They lost two before that, but back to mid-November, they’ve won five of eight and had one OT point. So that’s 11 of 16 points. And they’ve been doing it pretty.

The other night, they had Chicago in town, and they won the game, 3-2 in OT. This was somewhat remarkable, since, they were down 2-0 and came back, which they hadn’t done since March 25, 2014. The game-winner was scored by Marian Gaborik. He had also potted a regulation-time goal. Both were beautiful passes from Kopitar, but different. The first one came through the slot, backhand passing essentially blind but one of those “he knows where to put it so I’ll get there” passes. The second one was a pass through the middle of the ice that set up a breakaway. The hands, the hands, oh, the hands that put that puck past the goalie. Gaborik now has five goals in 23 games. This is not the kind of production the team needs and wants from him, but three goals in the last three make that look better and promise a more hopeful middle of the season.

The Kings have been more or less riding Jonathan Quick, as they are wont to do. He has played in four of the past five games, though one he didn’t finish due to having allowed four goals on 21 shots. But in the past three, he has allowed only four goals all together, and twice in that span faced 30 shots or more. His record coming into Tuesday night with Vancouver the opponent was 11-7-1, with a 2.28GAA and .917 save percentage. His backup, Jonas Enroth, was 3-1 with a 1.17 and .962 save percentage.

Just for kicks, here’s how Vancouver’s netminding compares: Jacob Markstrom was 1-1-1 and had a 3.13GAA with a .904 save percentage. Ryan Miller was looking at a 7-8-6 record with a 2.57 and .910. The Vancouver team not surprisingly sits fourth in the Pacific, just two points ahead of Anaheim. But looking at that in a glass-half-empty way nets this fact: they are just four points behind the Kings.

This division, matter of fact, is the most compressed in the league right now, with only 11 points separating the top team, LA, from the worst, Edmonton and Calgary, both holding 18 points.

Perhaps another measure of Vancouver’s relative mediocrity to date is that their goals for and against coming into Tuesday night were even, at 68. The Kings had 57 for and 49 against.

On the other hand once more, the Canucks have the most goals in the Pacific, and second-most in the West (Dallas has 84. Who woulda guessed that?), so they must be at least decently fun to watch.

Side note on the goal scoring: the East must have some secret formula, because their teams score at a ridiculous rate compared to the West’s. They have six teams over 70 goals and one of those over 80 (Montreal). Nobody in the West had 70 except Dallas coming into the evening Tuesday. Wow.

On the opposite of that, however, the East is also home to the most impoverished team in the league, goal-wise. Philadelphia has but 44 goals. And they have nine teams in the fifties or fewer, where the West has only four. This really, honestly, makes little sense.

The Canucks were coming off a poor performance in Anaheim Monday evening where they lost 4-0 while seeing their primary goalie pull himself after letting in the aforementioned quarto of tallies. He was on the bench to start the game in Los Angeles.

Tuesday with a late-arriving crowd only barely settled into their seats, Vancouver’s Dan Hamhuis gave a puck away blind as he was leaving his own zone and had to watch while Tyler Toffoli went in on net, perhaps as surprised as anyone in the building. He shot to the right and saw the netminder, Markstrom, make the save.

The lineup for the Kings is quite stable in terms of who’s in and who is out, but you might be surprised to know that the combos feature a line of Kopitar, Gaborik, and Tanner Pearson; then Lucic, Carter, and Toffoli. What’s different? The Carter-and-the-kids line is broken up.

That left, obviously, two lines, with the third being Brown, Andy Andreoff, and Trevor Lewis, and the final one being what it has been, Clifford, Nolan, and Nick Shore. Clifford and Nolan, by the way, are the only two Kings forwards who have not scored yet. Neither has Jordan Weal, but he has played in only three games and was not dressed on Tuesday evening. Interestingly, during period one, Carter broke down the ice with Clifford and Toffoli and chose to pass backwards into the slot to Toffoli instead of forward into the slot for a breaking Clifford. Well, what would you do?

Whatever the lineup, a dumb offensive zone penalty by Lucic in P1 ended up with Vancouver scoring when a wide pass went out to Daniel Sedin, naturally from Henrik, and he snapped off a one-timer. It was a power play goal, but not off the typical setup. Rather, off the rush. Quick got over to his left and seemed to have squeezed the puck, but it squirted through. The building was dead silent, and the lights flashing behind the goalie were suddenly bright.

The Kings didn’t respond on a power play of their own, with their only good chance being a whipped shot from Pearson which hit Markstrom up high and bounced out at an angle that read, to this former goalie, “that hurt.”

The shots in period one were quite in LA’s favor, however, at 12-6, but towards the end of the frame, the Kings took another dumb penalty, an offensive one behind the Vancouver net by Gaborik. But despite having just over twenty seconds of extra-man time, the Canucks did nothing with it, and then, as the buzzer went, Alexandre Burrows slashed the Kings’ goalie and was called at the twenty minute mark. Dumb.

Period two saw the clubs trade penalty chances and the Kings mix up their lines. The Kings side saw Kopitar with Lewis and Pearson. Later in the period there was Kopitar alongside Nolan and Andreoff. It was you pick’em almost. Didn’t work though. The Kings played their typical short-pass, boards-dominated, excruciatingly boring style of hockey to no effect, scoring no goals while having recorded 21 shots near the end of the period, when Nolan put them down a man. The Canucks weren’t exactly lighting it up, either, with 15 shots recorded before the “power play,” (read the term loosely, and that same number after it.

The period ended on a slightly upbeat note for the Kings as Nolan, fresh out of the box, grabbed a puck and burst in on goal. He chose a low wrist shot which had little chance five-hole. The period ended with no change in the score and the shots at 22-15 in favor of the home team.

Period three was two-thirds over when Drew Doughty tied it with a slapshot from the point on the power play. It was one of his “short windup” specials. He’s always more accurate when he doesn’t do the huge windup.

The OT saw a turnover by Vancouver, a pass from Carter to Kopitar, and a Kings’ win.

Perhaps that’s fitting. Vancouver got just 16 shots and LA 40, and only one in the third period. The Vancouver goalie got the second star for his efforts.

The Canucks are done with the road trip now, going home to face Dallas and then three east-coast-based teams. The Kings, meanwhile, continue have two more games at home, Saturday and Sunday, and then head out to the other coast for six games.

I have to say “Ducks” in this context, but if you’re listening to the radio broadcast of the game Friday, you’ll hear me as Steve Carroll’s between-periods guest. Good times!