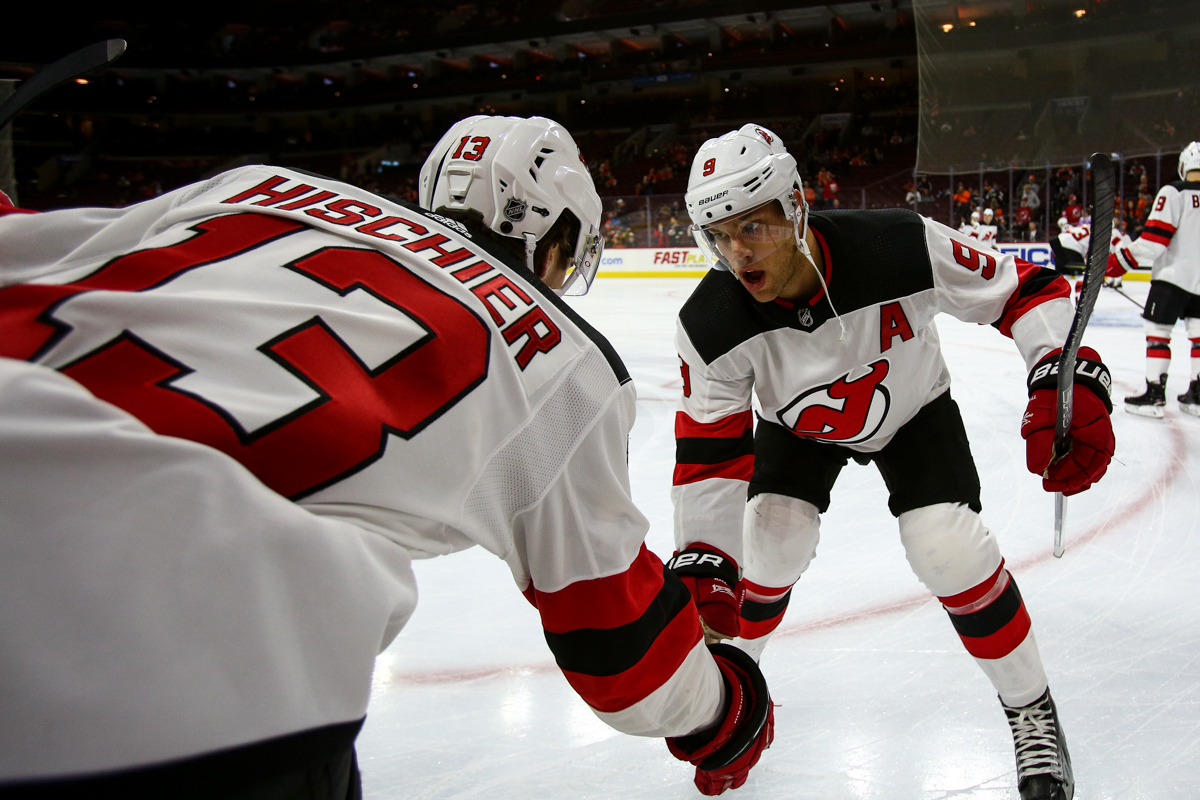 Nico Hischier: Face of the Future?

Can Nico Hischier be the high-impact, face of the franchsie-type player for the Devils? Saturday afternoon might have given a peek inside that window.

Facing a daunting task, minus Taylor Hall, Sami Vatanen and Travis Zajac, among others and in the tough Bell Centre, the Devils rallied from behind twice before Hischier sealed victory with the overtime-tally 1:56 in. The Swiss-born 20-year-old and top pick from 2017 is on pace to best his point total  from his rookie season. His team meanwhile appears to be facing under achievement following a season in which they far succeeded expectations. With 47 points on the year, the team has the third-best odds at winning the Jack Hughes lottery in April. If they won it, it would be the second first overall pick for the club in three seasons–and their third lottery win since 2011 (won to move up from 8th to 4th in 2011).

Even if he’s the good luck charm for such lotteries, one has to wonder if Hall, last season’s Hart Trophy winner, would sign on to stay with New Jersey if they are indeed trending in the direction of a ‘hopeful’ versus ‘serious contender.’ Next season is his free agent year and the Devils will amost certainly try and get a sense of what his level of committment is before the season starts. His one postseason trip in eight tries has left him as one of hockey’s more accomplished players without ever playing an NHL contest in the month of May. There’s a long list of teams that would court the winger, who would highlight the 2020 UFA class. Teams that want to get ahead of the game should be phoning Ray Shero–but the ask should be considerably high. Think Rick Nash to the Rangers in 2012 high.

Hischier’s Saturday showing makes that an easier pill to swallow. That, in case you forgot, included a pair of goals, three shots, four attempts and 17:10 even-strength minutes to lead all forwards in the contest. Yes, he’s dynamic and a solid playmaker with a scoring touch, but his high hockey IQ is what may serve him and the Devils the best. Especially if it means a change in personnel.

Dale Tallon wasn’t coy on Friday’s conference call. He outright stated that his trade of Nick Bjugstad and Jared McCann helped earn Florida cap space along the way. For now acquired players, Derick Brassard and Riley Sheahan are Panthers. Assuming they walk, the Cats will have plenty of cap space for what figures to be the ‘Summer of Panarin.’ South Florida offers an intriguing package of privacy and on-the-rise talent.

I asked Rob Blake, who swapped defenseman Jake Muzzin to the Leafs for a pair of prospects and a 2019 first, if more was coming as it relates to core players–much of which are locked up long term. He wasn’t keen on answering that right now, but you’d have to think that if Drew Doughty is available, he’d fetch a nice return. Anze Kopitar, 31, with five years and a $10M AAV might be tougher to move.

It was the Mika Zibanejad show Thursday night in New Jersey. The Blueshirt center tallied a hat trick as New York won 4-3. Mats Zuccarello was the peanut butter to his jelly–and with roughly 25 scouts from 20 teams at the Prudential Center to scout the contest, he provided a nice showing. He’s a pending UFA and a fan favorite at MSG–but he can slot up and down a contender’s top-9. There should be enough interest for a return package to include a second round pick and a prospect. Does Lou Lamoriello still have a thing against trading with the Rangers? Number 36 might not be a bad fit there.