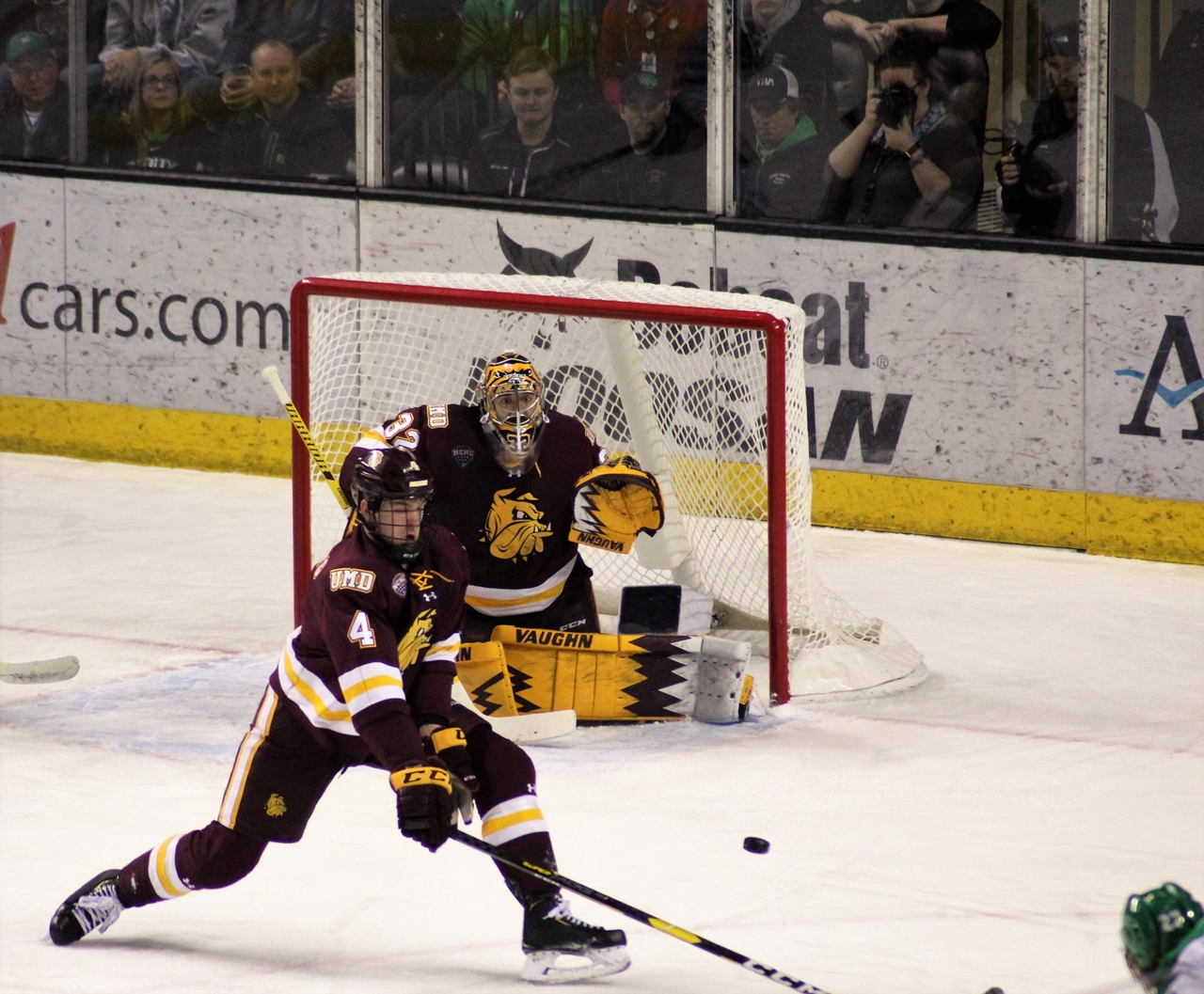 During the first two periods, there wasn’t a lot of space to roam. Every inch of the ice was contested. Offensive opportunities were at a minimum, neither team was able to dent the twine. There was zero scoring, defense, defense, and more defense. When the Pioneers looked like they were going to score the game’s first goal, Bulldog senior forward Parker MacKay shot a puck destined to the net out of harm’s way.

After putting a defensive clinic in the first two periods, the fans were treated to an exciting period of hockey.

At the 00:42 mark of the third period, the Bulldogs would finally break through with a goal from freshman forward Cole Koepke. The Pioneers challenged the goal for goalie interference, but in the end, they didn’t prevail. Good goal.

The game featured two oustanding goaltenders. Tonight, Hunter Shepard (stopped 25 of 25 shots) was the difference in this game. Pioneers goalie Filip Larsson was also stellar in net stopping 29 of 30 shots.

“When you play good teams, you’re going to get tested and they’re going to get opportunities,” UMD head coach Scott Sandelin said. “It’s how many you give them. He (Hunter Shepard) was there tonight to answer. We got a little lucky. I think they hit the pipe in the third period off a deflection and there were some close calls. I think Parker (Mackay) cleared one out of the crease. As I said, they were getting pucks to the net. They were doing a good job around our net. And that’s what you have to do against good goalies.”

“Yeah, it was it was back and forth for sure,” Denver head coach David Carle said. “I thought we did a good job taking back momentum after they had a push. Going into third, I thought that we were in a really good spot and yet giving up that goal early in the third definitely was hard for us but, we a lot of time to come back just weren’t able to do it tonight.”