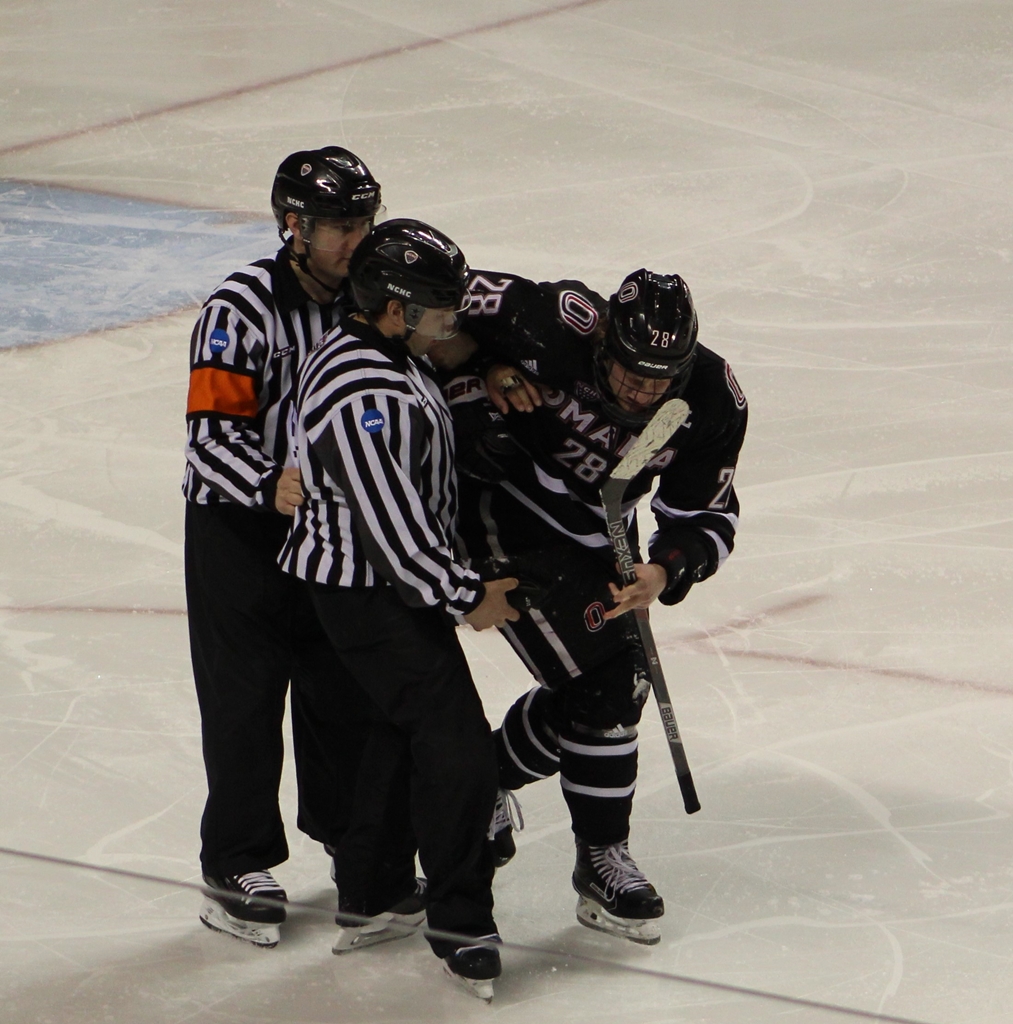 Originally posted at the Sports Daily — By now most college hockey fans have heard the news and they’re not happy. The NCAA Men’s and Women’s Ice Hockey Rules Committee has proposed some new rules.

The most controversial proposal, NCAA Men’s and Women’s Ice Hockey Rules Committee approved a standardized overtime format for all regular-season games and in-season tournaments beginning with the 2018-19 season.

When a game remains tied after regulation time, teams will play five-on-five for five minutes to determine a winner. If neither team scores, the result will be a tie. No other options, including alternative formats for points in conference standings, will be permitted.

“While differing opinions were expressed, at the end of the day the committee strongly endorsed a single overtime option, cleaning up the book and affirming the belief that hockey is played, for the most part, in a five-on-five format,” said Joe Bertagna, Hockey East Association commissioner and chair of the committee. “While the time might come where college hockey will employ a reduced manpower overtime, the prevailing voices on the committee did not see that time as now.”

The only exception to this rule. –>During regular-season tournaments that require advancement, two options will be available after the five-minute overtime is played. Events may choose to utilize a shootout, using the specified rules, or conduct 20-minute sudden death periods. Postseason competition options include 20-minute sudden death periods or the minigame format (utilized in some conference championships).

These rules aren’t final, yet. All rules changes must be approved by the NCAA Playing Rules Oversight Panel, which will discuss ice hockey rules change proposals during a July 25 teleconference. The proposals will be distributed to the membership for comment next week.

“I’m disappointed,” Fenton told Brad Schlossman of the Grand Forks Herald. “We believed in the model we had. We realized our model may not be for everyone and that not everyone wanted it. However, we believe the model of the three-on-three and some aspect of a shootout to get a conclusion was good for the growth and promotion of the sport.

“The fact of the matter is that I have yet to find a hockey entity across the entire world that continues to subscribe to an overtime model that is just five-on-five in the regular season. Everything I have researched and witnessed seems to be three-on-three.”

The NCHC sent out this tweet as well. They’re not amused.

In my opinion, college hockey has taken a step back. College hockey is one of the major development routes to the NHL. Moreover, I can’t think of another professional hockey league that still uses a 5-on-5 overtime. If there’s one please let me know.

Ironically, there are no members on the NCAA rules committee that are from the Big Ten, NCHC or WCHA. All of the members are from eastern schools.

I’ve been in favor of this rule change for a long time. From 2014, if an on-ice official is going to throw a player out of a game (for a major penalty) wouldn’t we want that official take another look at the play in question?

Some have argued that using video reviews on major penalties would drag the games out. I don’t believe so, a few extra seconds getting the play right wouldn’t slow the game down that much. I would rather have the officials take the extra time, and get the call right.

According to NCAA Rule 22.2, if a player gets three-game misconduct penalties in a season, that player is suspended for another game.

In Division I college hockey, once a player has been given a game misconduct penalty, the league officials can’t go back and review the infraction in question and make the proper changes.  In other words, the officials can add to the penalty, but they can’t reduce or rescind the call, even if the official erred on the play. This is another rule that I would like to see changed. Don’t count on that happening anytime soon, either.

January 2014 I wrote this: I the think the NCAA should want to improve the game and give the college hockey conferences another chance to right a wrong by the on-ice officials.  Again, officials are human and at times make the wrong call. I must ask the question, do we have too much pride as a sport to admit when the on-ice officials make a mistake?

Per the NCAA release, One significant change is to allow the use of video review in situations where ejecting a student-athlete is being considered. Because such calls are critical, and officials must currently make these determinations after viewing the play in real time, the committee believes this change will be positive.

Former UND defenseman Andrew MacWilliam (2009-13) would have loved to have this rule. During his senior year, on two separate occasions, MacWilliam was “incorrectly assessed” a five minute major and a game misconduct for contact to the head. If there has video review, MacWilliam would have been vindicated. In both situations, it was the same official that incorrectly made the call on both hits. That official is no longer calling games in college hockey.

“When video replay is available, it is important to be sure student-athletes are penalized appropriately,” Bertagna said. “Given the speed of the game, providing this tool will help ensure proper enforcement.”

To address the potential concern of adding to the length of game and prolonged interruptions in play, the committee will provide education to the conferences regarding the preferred protocol for these reviews. Currently, officials huddle and communicate about a play where an ejection is being considered. With this rule, the instruction will be to immediately review the play and expedite the decision.