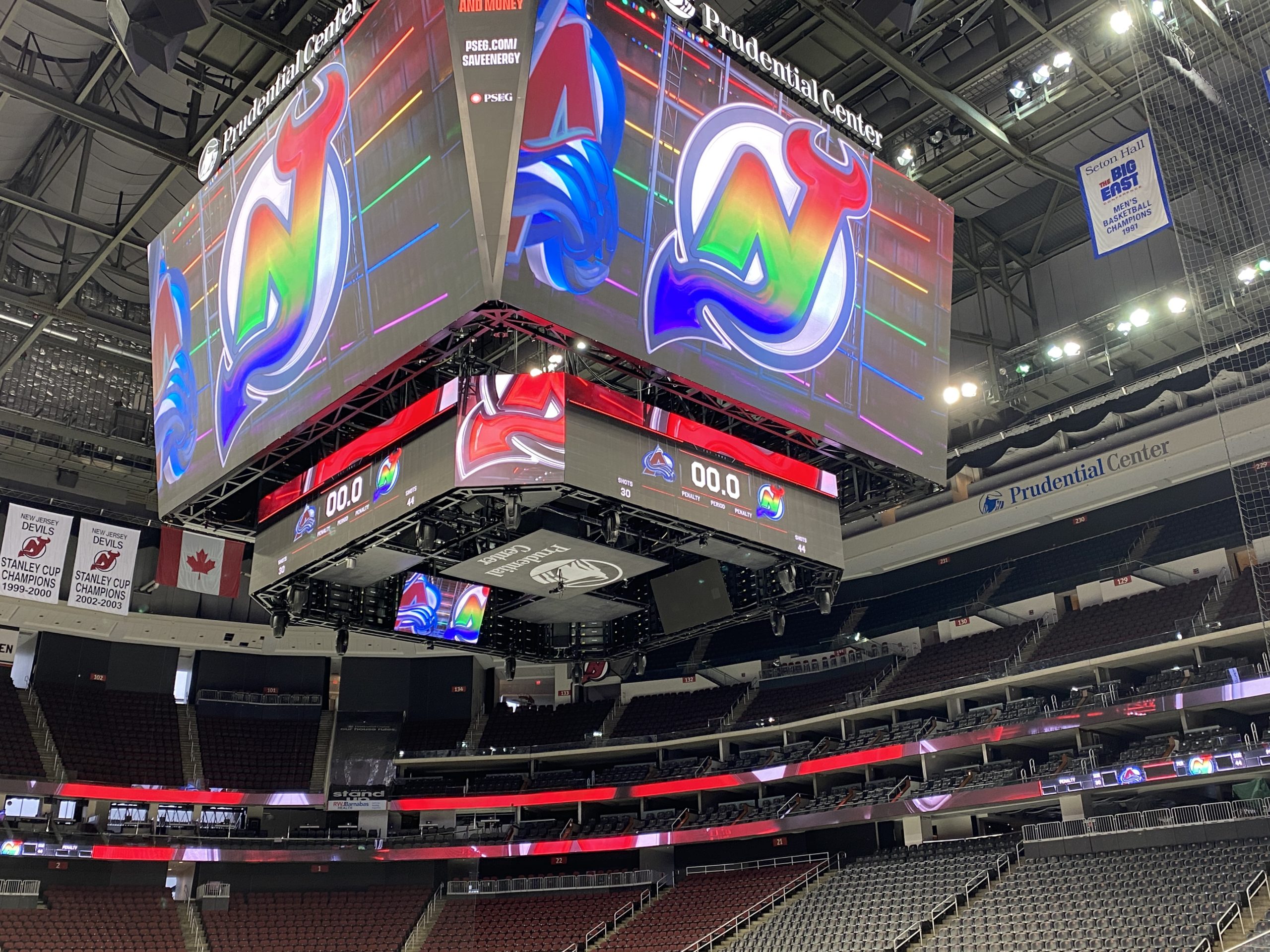 NEWARK–Playing in their second game of the New Year, the Devils game of late resembles the kind of look many thought they’d have heading into the season.

After an offseason that included drafting Jack Hughes first overall and adding the likes of Nikita Gusev, Wayne Simmonds and P.K. Subban, New Jersey looked like a team capable of returning to the postseason after a hiatus in 2018-19. But they started the season off without a win in their first six and had just five regulation wins inside their first 20. It cost fifth-year head coach, John Hynes his job and ended the discussion of the Devils reversing their fortunes this season.

Prior to the present stretch of three-straight wins and points in five-straight, the Devils hadn’t enjoyed much long-lasting success. From Nov. 30 to Dec. 21 the Devils (in no particular order): won twice in regulation, had two three-game losing streaks, made a coaching change and traded away 2017 Hart Trophy winner, Taylor Hall. The holiday break seemed like a welcomed chance to hit pause on what had befallen the season.

The meeting in Chicago that saw the Devils score a season-high 7 goals was fun, but still felt like a moot point rather than a change in the season’s narrative for the better part of three months. But a strong showing at home versus Toronto, an OT game-winner in Ottawa and a shootout hosting the Bruins, the narrative has started to skew. And Thursday’s 2-1 win on Long Island versus the Islanders was perhaps the best the club has looked this season.

In their last 5 games, the Devils have a +8 goal differential, averaged 35+ shots-per-game and have had 12 different skaters fill the opponent’s net. That’s certainly been helpful en route to a five-game point streak. But so too has the team’s attention to the defensive side of the game.

“I think it’s just the consistency,” Devils defenseman, Will Butcher said. “Guys are buying into what we’re talking about in video and practice and playing the right way and being comfortable in tight games. That’s been a difference for us.”

The team has also gotten help from Mackenzie Blackwood, who will start his 29th game of the season in goal for the Devils on Saturday–it’ll also be his sixth-straight start in the New Jersey pipes.

“It just gives our team more confidence when he’s playing that way,” Butcher said of Blackwood’s recent play–4-0-1 in his last five starts. “He’s owning that net, it helps us in all facets. It’s awesome to see, especially as a defenseman.”

Defensive Side of Things and P.K. Subban

Another switch on the narrative from prior has been the play of the defense. P.K. Subban’s struggles away from the puck have been magnified by his offensive production lagging, but he’s appeared more engaged on both ends through the team’s recent patch of success and it’s been noticed.

“I think he’s feeling more comfortable within the system,” said Interim head coach, Alain Nasreddine when asked about Subban. “I thought his commitment was always there, his compete and dedication to just play the right way is there….Sometimes less is more, he understands now that we don’t need to be chasing all around and I think that helps his game. He’s been good on both sides of the puck lately and for us the way he’s been shooting the puck is what we need more of. He’s been doing it the last three or four games.”

Subban can notice the changes in his game and emphasis on getting involved recently.

“I think there’s been an emphasis definitely of late–over the past five or six games,” he said. “For me specifically, I benefited from that because I just haven’t been able to shoot the puck as much as I want to. Guys are working really hard to get pucks back. It’s tough when you’re only getting one or two shots a game. When you have a couple of games where you’re getting 3, 4, 5 shots, now all of a sudden you start to see the net and it’s not just about shooting the puck but other plays open up too.”

Subban, who has two goals and an assist in his last five along with 18 shots on goal. For comparison, he had 16 in the 12 games from Thanksgiving (Nov. 28) until Dec. 21.

He and the Devils will eye up a fourth-straight win, no doubt hoping to utilize their defense to help create more looks and chances.

Avalanche As of Late

Saturday’s opponent, Colorado, enters Saturday with their own narrative distorted. The Avalanche, second in the NHL in scoring, scored 7 goals at home versus the Blues on Thursday, it was a return to normalcy after dropping three-straight and one win in their prior five contests. That stretch saw them outscored 21-27.

Thursday’s win versus the division-leading Blues was a step in the right direction, but sitting six points behind them in the standings, Saturday is a chance to chip away at that with a game in hand and the stretch drive of the season pitting the two division foes against each other twice more.

Though the Avalanche took advantage on Thursday, scoring on three of 7 power play opportunities, head coach Jared Bednar still felt they tried to look too pretty at times.

“We certainly were,” said the Avs coach when asked about teams trying to look “too cute” on special teams. “If you look at our power play and some of the numbers that we look at and analytics, you say we’ve been a real good breakout and setup team and we’ve spent a lot of time in the offensive zone, but we’re just not working it to the kind of pace where it becomes dangerous.”

In their last 10 games, Colorado has scored on 10 of 38 power play opportunities. With just over 20 percent, they rank 11th in the NHL. Meanwhile, they’ve allowed six goals from the 19th ranked NHL penalty kill as of Saturday morning–though they’ve been drawn against 10 fewer times. Despite the coach’s concerns, the capability is still concerning for opponents. This could be an area the Avs might look to address before this season’s trading deadline.

Ben Street (NJ) was recalled and assigned # 36. Street, 32, played in 21 NHL games in 2018-19 with Anaheim, scoring his first NHL goal while adding two more to go along with a pair of assists. He was named to the American Hockey League All-Star Game on Friday.

Saturday’s 7pm contest celebrates ‘Pride Night.’ Andy Greene (NJ) and Colin Wilson (COL) are the Hockey is for Everyone ambassadors for their respective teams.