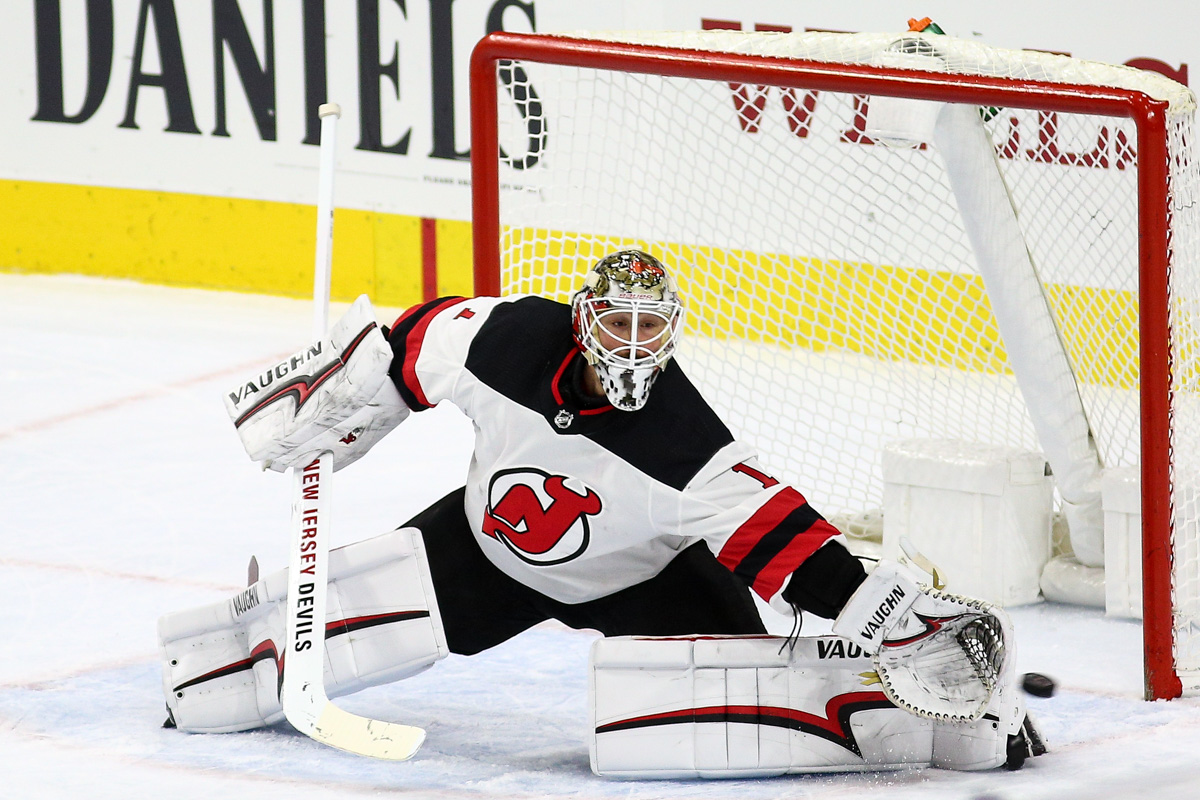 Is this how it’s going to go in the slow march towards the milestones of the hockey season—Christmas, All-Star, 427 outdoor games, trade deadline, golf—for the LA Kings? They win a spectacular outing on Sunday night, with Jonathan Quick playing out of his head for a shutout and one goal (plus a late empty netter) deciding it. Then they lose a 2-1 game where they get 26 shots and allow only 20. They turn around and host New Jersey two nights later and lose again.

The crowd seemed to be on their side as things got going. LA got out to a quick 4-0 shot advantage. The Kings got behind a goal but quickly tied it up late in period one. They got an in-crease save from Derek Forbort to keep a puck out of their net after Jonathan Quick was forced out of position to make the prior save. Things looked OK, though the home team was very annoyingly liable to pass up shots.

For instance: Kopitar passes to Leipsic. He can’t get it back to Kopitar, who is in the slot. Chance lost. Later, Kempe is coming down the right side. Instead of shooting, he tries to force a pass to Thompson. It is blocked. Doesn’t matter: who is more likely to score—Kempe, or Thompson? The former. Shoot, kid, shoot.

Soon, New Jersey was outshooting the Kings 8-6, though LA was even with the Devils in shots through one period, 11-11. The game was tied at ones.

But the Kings started the second period slowly, standing around and watching while the visitors took three dangerous shots on one rush, finally scoring with the Kings all collapsed onto Quick and nobody doing anything much to defend.

But in this see-saw game, the Kings tied it up. Austin Wagner cruised down the slot and dished outside to Doughty. It went off his skate and up to his stick. He threw it in front, where Kempe and Wagner had sticks in the lane. It went in off Kempe’s.  2-2. By midway through the second, the Devils were outshooting the Kings 20-13, but the score held.

For a while. Then New Jersey potted two more, both chargeable to the LA defense. The first was a wrist shot through the screening lets of Muzzin. The next was a shot that cruised in and had Quick going right, until Phaneuf deflected it with is stick, straight past the helpless goalie into the left side of the net.

Clifford of the Kings got an opportunistic goal, his fifth of the year, when the puck came to the crease off a play from the faceoff. Keith Kinkaid in the NJ net pushed it into the slot. Clifford had looped back to the blueline chasing the puck but now followed it to the net and thanked Mr. Kinkaid very kindly for the fat rebound that he buried. That’s two goals in three games for Clifford.

The period ended with the Kings having a man in the box at 1:24 left, interference on Carter, and the Devils. The score was 4-3. The shots were 16-13 for New Jersey in the period.

The third period saw the Kings get nowhere in the quest to come back. They allowed another regular-strength goal at 11:06 of the third and got none themselves.

The Devils got an empty-net goal with seven-plus seconds left, Blake Coleman scored from long range. Easy to do when risking an icing with a two-goal lead already. The game ended 6-3. The Kings are still the worst team in the league.

Did it make any difference that it was Lakers night? The Kings wore a Lakers-looking sweater during warmups. One of the Buss family was there to be recognized at the opening faceoff. The Lakers cheerleaders were on the ice in intermission one. No, it made no difference.

Drew Doughty did become the all-time Kings’ franchise leader in assists for a defenseman with 334, surpassing his boss’s boss, Rob Blake.

Taylor Hall had three assists, and three other Devils had two-point nights, these being Will Butcher, Travis Zajac, and Kyle Palmieri, with two goals.

New Jersey  now heads to Anaheim to play on Sunday. The Kings await Golden Knights, who come to town for a 1pm Saturday game.