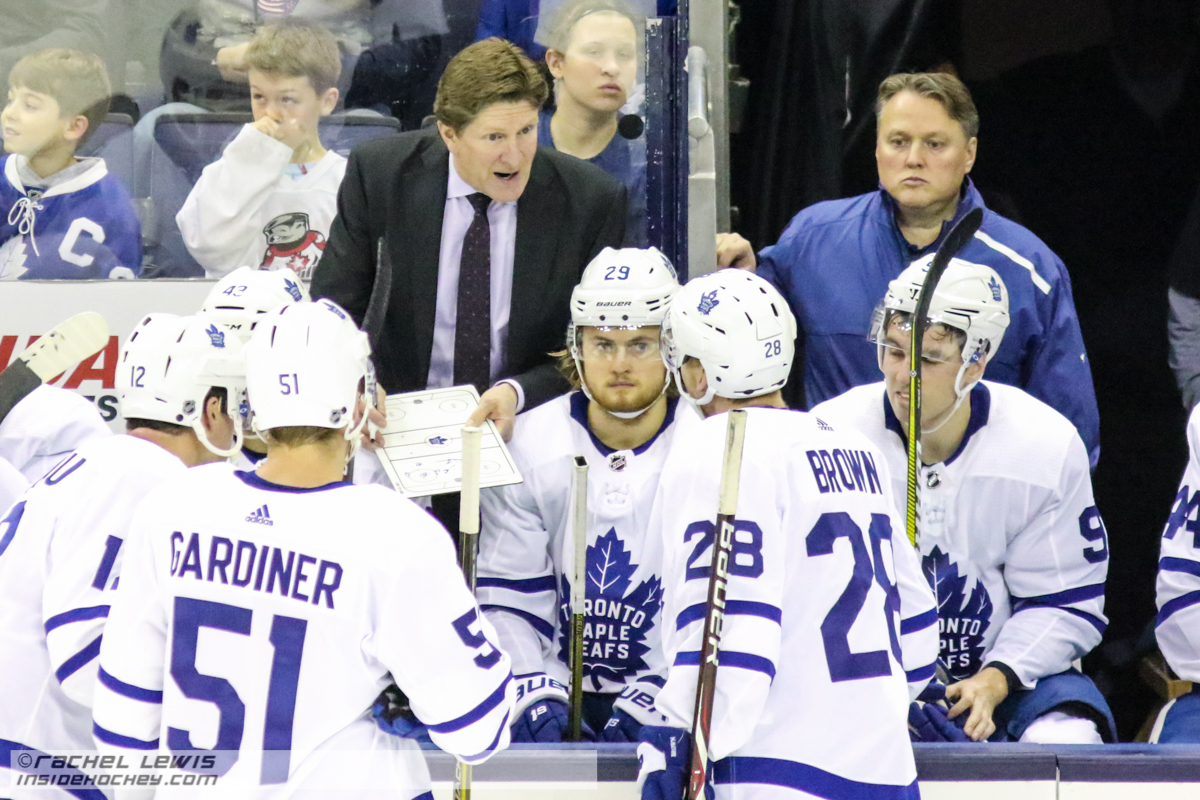 Perhaps it seemed unlikely, that mid-way through a their road trip, the decision would be made by Brendan Shanahan and Kyle Dubas to relieve Mike Babcock of his duties as coach of the Maple Leafs.

But the clock, that seemed to be ticking on him, eventually alarmed after a 4-2 loss to the Golden Knights on Tuesday–the club’s sixth-straight loss and fifth-straight defeat in regulation. Babcock, who was hired to a record eight-year, $50 million contract in 2015, compiled a 173-133-45 record in Toronto–lasting just 23 games into the fifth season. It had been speculated that an out-clause existed after this season, though TSN’s Pierre LeBrun debunked that last season.

Sheldon Keefe, who has been the head coach of the Leafs AHL affiliate, the Toronto Marlies since 2015, steps in for what will be his first head coaching job in the NHL.

In his time there, Keefe’s teams have seen success each season–most notably winning the Calder Cup in 2018 under Dubas, then Toronto’s assistant GM.

For Babcock, making the postseason, absent a building season in 2015-16 in which the team finished last in the league and won the right to draft Auston Matthews first overall, has been the norm. So too though has been quick exits, falling to the Capitals in the first round in 2017 and back-to-back first round defeats over division-rival, Boston Bruins.

Under Babcock the Leafs saw Matthews and Mitch Marner blossom into star attractions. In 2018, the team landed prized free agent, John Tavares in free agency. Most recently, the club looked to bolster its lineup with the additions of Jake Muzzin last season. All of that talent and the expectations that went along with it made it clear that change was coming for the underwhelming 9-10-4 Leafs.