In front of a packed house of 5,917, the Wolf Pack came up from behind Friday night, on home ice at the XL Center, defeating long-time regional rival, the Springfield Falcons,

The Falcons were able to take advantage of power-play opportunities for much of the first half of the game, power plays have been a continuous struggle for the Wolf Pack in the past and although the team has shown improvement, there has been little advantages there,

In goal tonight, Hartford’s Mackenzie Skapski seemed to lose track of the puck and didn’t appear as sharp as usual. There was a bit of confusion in front of the net when the puck was sent to one of the Falcon’s top players, Frederic St. Denis at the blue line. St. Denis fired a shot the net, which Skapski was able to stop, however, another Falcon player was able to finish off St. Denis’ shot, causing the Falcons to take the lead in the first period.

Coming into the second period with just 1:12 on the clock, Lindberg was able to sneak a shot in to tie up the game, 1-1. After back-to-back penalties on the Wolf Pack’s end, the Falcon’s were able to capitalize on a power play given to them and broke the tie at 6:09.

Dylan McIlrath made the comment, “We know even when we’re down, we’re never out of the fight, and I think we have a belief in the room that it doesn’t matter if we’re down a goal going into the third, we know we can win every night.” And perhaps McIlrath had been true to his word considering that Lindberg was able to strike again early on in the third to tie up that lead the Falcon’s had gained.

However, a vengeful Springfield answered back at 6:09, with another opportunity, they took a nice shot to break the tie. However getting even; the All-Star, Chris Bourque was able to get the puck and fire it to Joey Crabb, who finished the play off and re-tie the game at 3-3.

McIlrath jumped in just a 1:02 later, coming into the zone and firing a wrist shot into the net to break the grueling tie and win the overall game.

In a post game interview, Chris Bourque had some relatively positive things to say regarding Falcon’s number one goalie, “It’s not easy to score on that goalie. It seems like he’s had our number a little bit all year, so for us to make some nice shots like that it shows a lot about our team.”

With the fourth straight victory under their belt, the Wolf Pack has showed a great amount of improvement since earlier in the season. The Pack will be back in action at home again next Friday night against another regional rival, the Bridgeport Sound Tigers.

END_OF_DOCUMENT_TOKEN_TO_BE_REPLACED 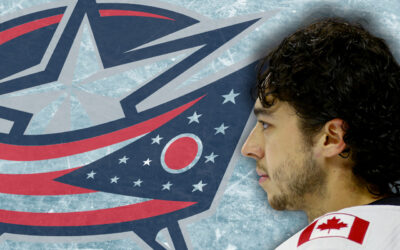