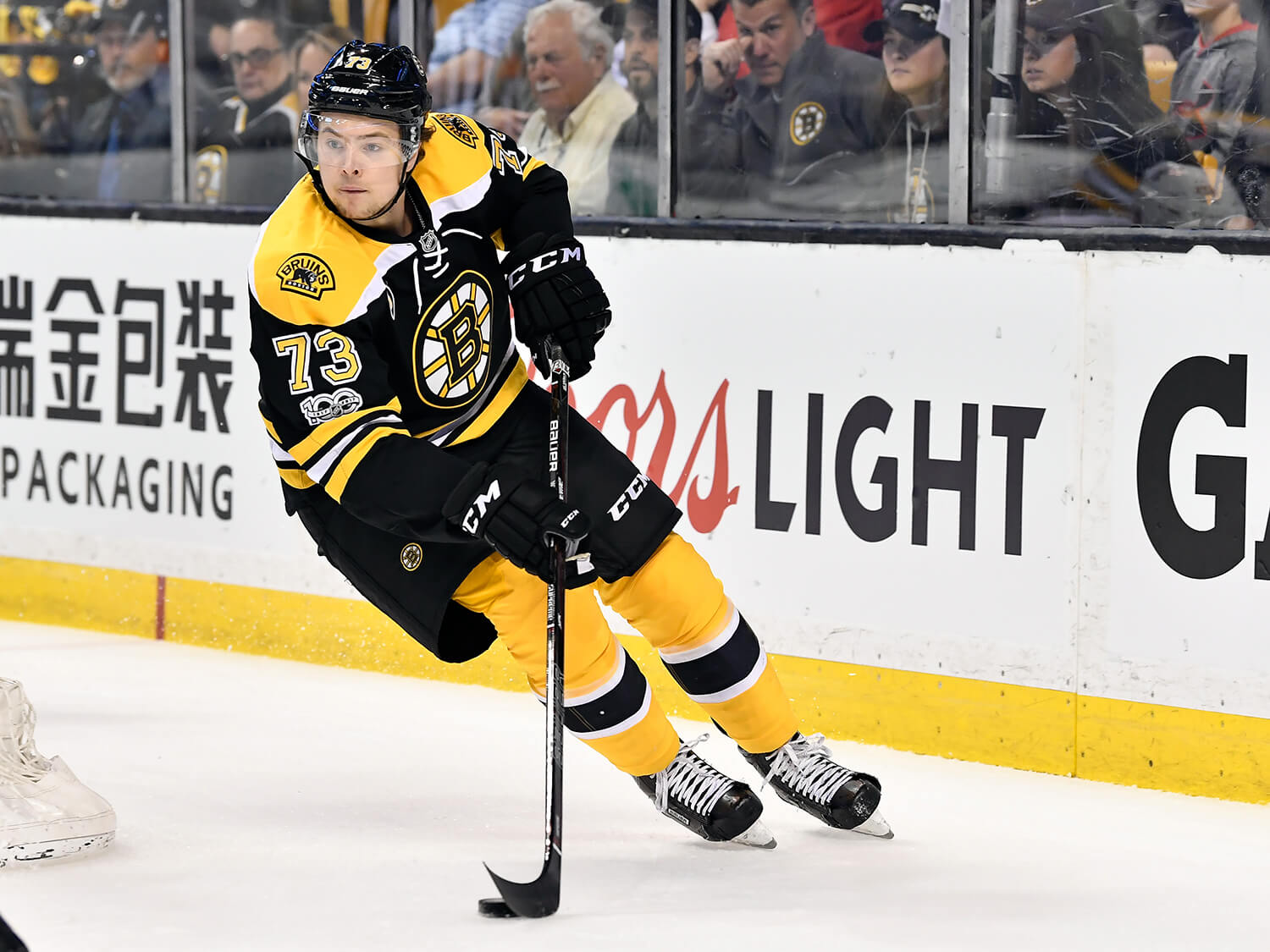 BOSTON – The young talent on this Boston Bruins roster is continuing to get the job done.

A lot was made earlier in the season of the plethora of players who recorded their first-career goals for the Black and Gold this year. That is all well and good, but the thing that remains of grave importance is consistency as opposed to being just a brief flash that is gone in the blink of an eye.

Well, the Bruins have been a model of consistency as of late.

Boston welcomed the Winnipeg Jets into TD Garden on Thursday night for their first meeting of the season. The Bruins are coming off a dominant back-to-back set in which they picked up the full four points and outscored their opponents by a combined 10-2 margin. They are inching closer to second place in the Atlantic Division.

The Jets are in the midst of a three-game road trip and are currently hovering around the .500 mark after opening up the season in dominant fashion. In other words, they were one of the National Hockey League’s feel-good stories to begin the year, but have cooled off once the calendar flipped to December.

Both teams were coming into Thursday’s game at different stages in the season, but this had the potential to be an intense and entertaining affair nonetheless.

In the first period, both teams had a rough go of it. The sloppiness was evident and neither side dominated puck possession. Dump and chase was the theme for this period. The Bruins did kill off a couple penalties and the Jets did ring a post on one of their power plays, but not much else taking place during the opening 20 minutes. Shots were 10-8 in favor of Boston.

The second period was slightly improved from a pace-of-play standpoint. Both Boston and Winnipeg each had some decent scoring chances, although Rask was outstanding and bailed out the Bruins when it looked like the Jets would capitalize on said chances. The game remained scoreless through the first two periods.

Torey Krug finally broke open the score eight minutes into the third period after blasting a shot from just inside the blue line past Hellebuyck. However, the Jets answered back immediately on a goal from Patrik Laine after a B’s giveaway in their own defensive zone. The 1-1 score held up at the end of regulation, but not before the Bruins made one last up-ice rush to try and net the puck prior to the horn. No avail.

“I was waiting for traffic to happen so it would get in the way,” said Krug regarding his goal. “I tried to make the goalie make a save with his hands. He did a great job all night so it was nice to get that one.”

After a scoreless overtime and three rounds of a shootout, Charlie McAvoy sealed things with the game-winning goal in the fourth round to give the Bruins the 2-1 victory. They have now won three-straight games.

“Good for Charlie, he seems to really rise up to these moments,” said head coach Bruce Cassidy after the game. “We battled hard for that extra point especially fighting so hard with so many guys out of the lineup, but it is nice to have.”

Rask, who finished the game with 37 saves, was the best player out on the ice for the Bruins on this night.

“I think with the way our team has played so far, it makes my job a lot easier,” said Rask. “We are defending a lot better and when you defend as a team and keep most of the shots outside, then chances are that the goals against will stay down.”

The Bruins will play their final game before the league-mandated Christmas break on Saturday afternoon. They will host the Detroit Red Wings.

Side Notes: David Pastrnak had his point streak of 12 games snapped during Tuesday night’s game against the Buffalo Sabres. He recorded five goals and nine assists for 14 points during that span…Adam McQuaid is eyeing Saturday’s game for a return to the lineup after missing several weeks with a broken leg…David Krejci, who has now missed the last three games with an upper-body injury, is still listed as day-to-day…Colby Cave was recalled earlier on Thursday and skated for the Bruins for the first time in his career…Torey Krug is now just four points shy of his 200th NHL point…The Bruins are now 10-5-1 vs. the Jets since they relocated to Winnipeg in 2011 with a 7-1-0 record in Boston after Thursday night.