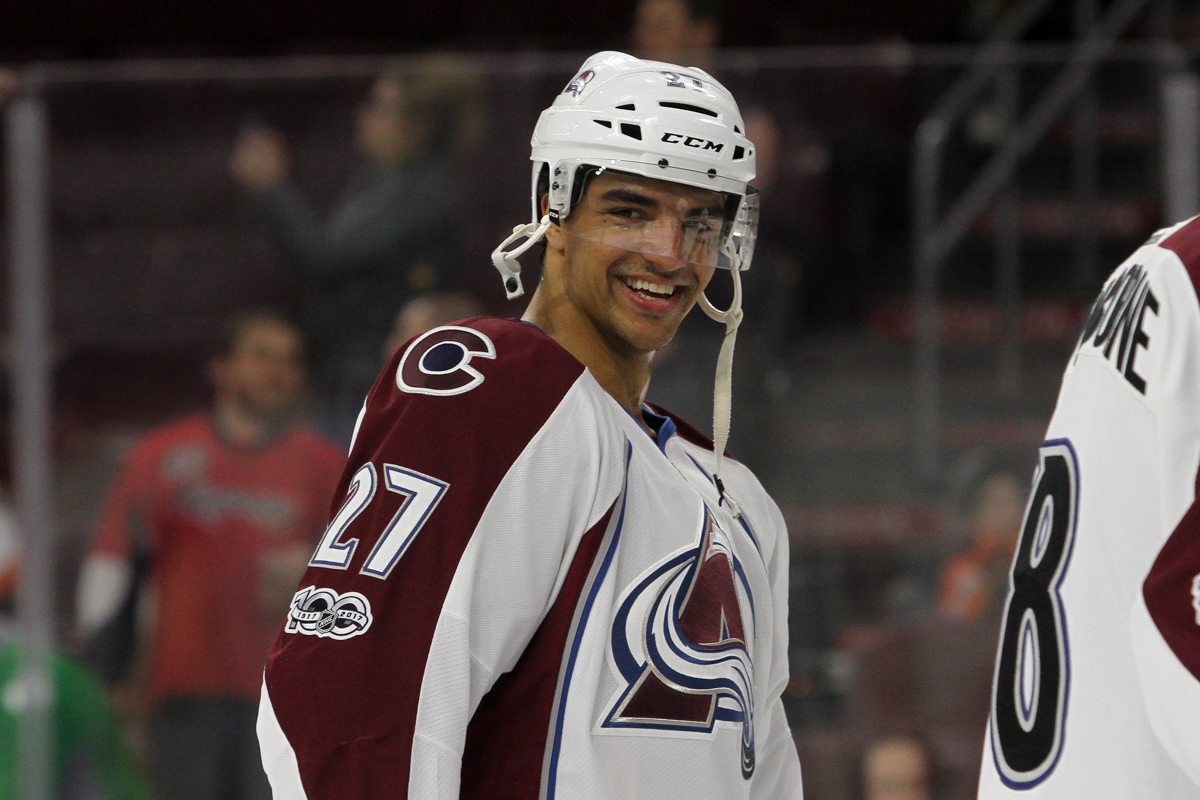 It was a bit of a scrappy affair, a good game for John Gibson, and a more offensive game for the Ducks than the one on the night prior as they beat San Jose 4-1 on Tuesday night.

There was one fight, early, but also a nasty  play when Dalton Prout, one of the only two Sharks d-men who had some prior NHL experience, took himself off the ice and out of the game for good near the end of the second period. He hit Josh Mahura with a dirty knee next to the boards at the blueline opposite the benches. His reward was a five-minute major and a game misconduct.

In the aftermath, Derek Grant came over to respond. OK, not so odd. He’s the Kyle Clifford of the Ducks right now. Then Norwegian Andreas Martinsen came over, jawing. He would have fought. Who is this guy?

I had been looking at him all night long already, because he was playing a heck of a game. To put him into context, he has 152 NHL games with nine goals and 23 points. Does that sound like a fighter’s resume? I checked his Junior record. Maybe they’d taught him to fight in the WHL. No dice. He played his early pro hockey in Germany. They don’t do a lot of fighting on the ice.

IH had the chance to ask him about this after the game. “It’s more of a senior hockey [as opposed to Canadian Juniors or US college hockey]. It’s a good league, and there’s a lot of North American guys who played AHL, NHL, so it was a league that suited me very well with my style of play. I enjoyed playing there. It was fun hockey.” And, he said, at times scrappy hockey as well.

I looked him up on Hockeyfights.com and discovered that in his first NHL season, in Colorado, he’d scrapped with one very nasty man: Chris Neil, and also with Steve Downie.

Martinsen explained: “It’s part of my game. Just happened to be in those situations, where a guy is hitting someone, and some guy steps in and that was me. It’s just how it happens.”

So what has 29 year-old Martinsen accomplished? His time has been broken up between several teams. He played 55 games each of two years with Colorado, then nine with Montreal to end the 2016-17 season. He was up and down, mostly down, with Chicago from 2017-19. He has played over 100 games in the AHL, with 16 goals.

He is hopeful for the season: “I think it’s a good opportunity. That’s the only thing I wanted. I spent a little time in the AHL the last couple of years, but I still feel I have NHL games in me, and as long as I feel I can still play at the highest level, and I get opportunities, I’m going to take them. It’s just a good opportunity for me, and I’m just excited to work as hard as I can. Hopefully that will be enough,” he said.

And what did he do on the night versus the Sharks? His numbers looked like this: one goal, one penalty, about nine minutes on the ice, two shots, one hit. He also helped kill a penalty.

Playing with Devin Shore and Daniel Sprong, he launched the Ducks’ first goal, at 11:01 of period one. It was a chip-in, where Silfverberg put the puck out to the point, a wrist shot came in from Brendan Guhle, Silfverberg chipped it one-handed to the front of the net, and Martinsen chipped it in in turn.

Martinsen comes from the land of the Vikings. He’s 6’2” and 225 lbs. His home is Baerum, and as he told IH after the game, hockey is a sport that isn’t number one in his country.

“It’s grown a lot the last five-six years, especially with [Mats] Zuccarello. He’s a big name back home right now. I would say he’s top three in most popular athletes in Norway. He’s a great ambassador, and because of him, the hockey has gotten such a huge lift. Now you see kids running around in Rangers jerseys, and so, it takes time. Still, we’re competing with skiing, soccer, handball, all that stuff, but there’s no reason we shouldn’t be a hockey country.”

Andreas summed up his game, and, you could say, projected his need-to-dos if he’s going to get in some NHL games this year. “I have to work hard all over the ice. As soon as I stop moving my legs, I’m pretty useless out there, so I try to work as hard as I can as long as I’m out there. I keep them [shifts] short and keep my legs moving.”

Andreas Martinsen pointed out that the next great Norwegian hockey star may be a Calgary draftee who currently plays at the University of Denver.  “He’s the next one who’s hopefully going to take the step. He’s in his second year of college now,” Martinsen said. His name is Emilio Pettersen.