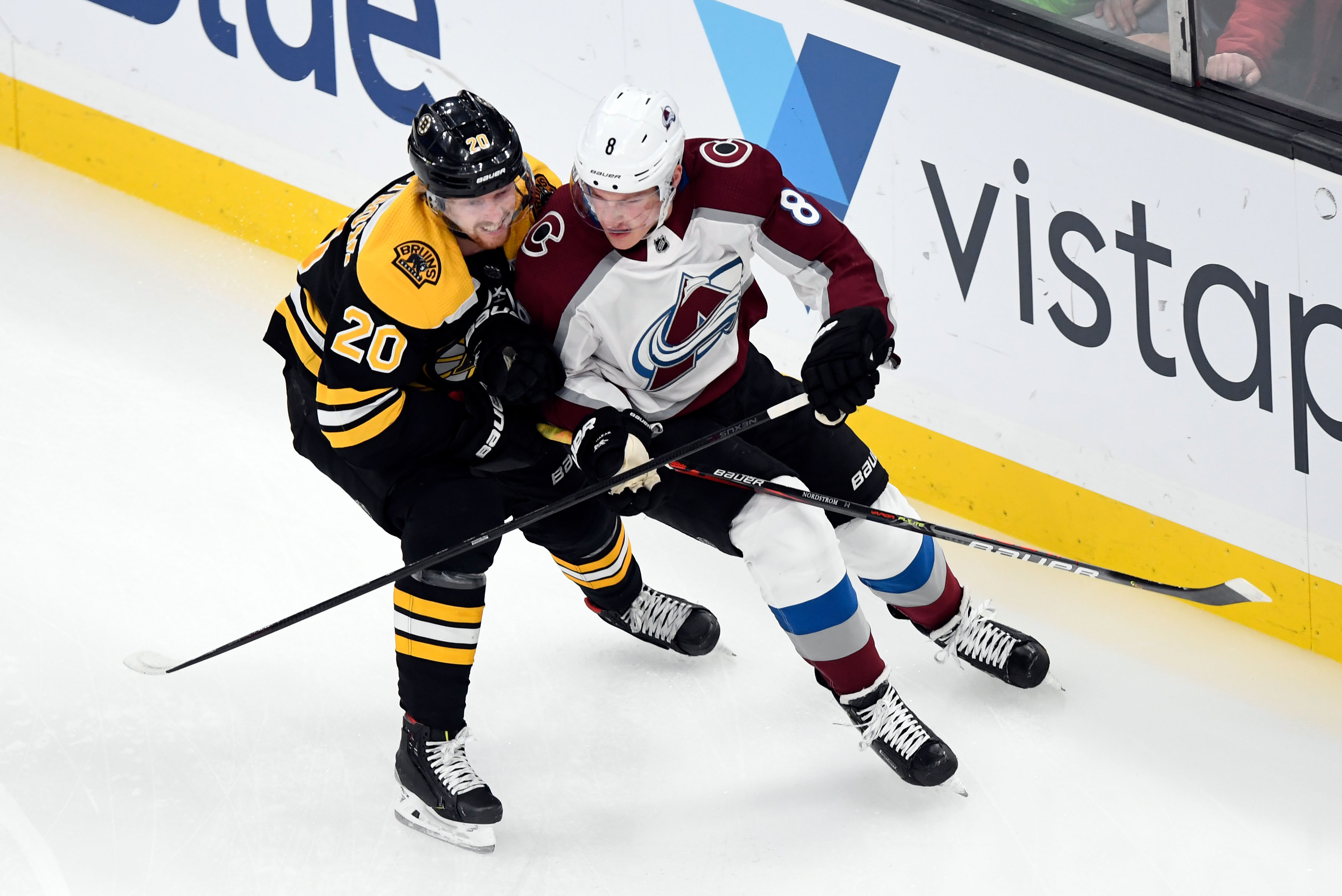 Boston, MA — This time last year Cale Makar was a college sophomore, an assistant captain on the University of Massachusetts ice hockey team, and the reason for lots of dreaming from not just one, but two fan bases. As the Minutemen were sitting pretty in their first-ever #1 ranking in the polls, and UMass fans were reveling in newfound heights, fans of the Colorado Avalanche were just as giddy of what the future holds for their franchise. For Massachusetts, the magical storybook season that would culminate with a 3-0 loss to Minnesota Duluth in the National Championship game in Buffalo, NY, would also net the Minutemen their first Hockey East Regular Season Championship and the program’s first Hobey Baker Award Finalist, Makar. The Calgary native would ultimately be named Hobey Baker winner during the Frozen Four weekend festivities in between ousting Denver in the semi-final on Thursday and losing to the defending champion Bulldogs on Saturday, April 9.

It didn’t take long for Makar to do what everyone knew he was going to do, make the jump from Amherst to Denver and join the NHL’s Avalanche. Colorado selected Makar with the number four overall pick in the 2017 Entry Draft. Makar signed a three-year deal on April 14, 2019. Not only did he join the Avalanche during their playoff run, he made an immediate impact. In his first game the following night, Makar scored on his very first NHL shot against his hometown team, the Calgary Flames during the playoffs. 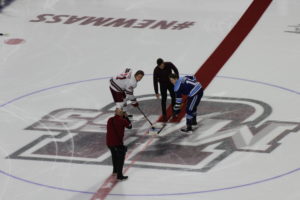 There was considerable buzz surrounding the young defenseman after his stellar performance in 10 post-season games. The then 20-year-old finished the brief stint with one goal and five assists, for six points. Not too shabby.

Since the start of the current NHL season in October Makar has been one of, if not, the premier rookies thus far. Through 29 games the 21-year-old has eight goals and twenty assists for 28 points. Makar was named Rookie of the Month for November.

This past weekend, with Colorado in town, to take on the Boston Bruins at TD Garden, his Hobey Baker award win was honored with a banner raising ceremony at the Mullins Center on the University of Massachusetts campus prior to the Minutemen taking on Maine Friday night. The crowd of 4,507 welcomed Makar as a returning hero and in many ways he is. Makar’s time at the Amherst school has helped establish a winning culture and was the foundation of what many hope will be the beginning of Massachusetts hockey’s place on the national stage, never-mind the local stage. As for the game, UMass prevailed easily 4-1 over Maine.

It was pretty weird, but awesome to get back and see some old faces, catch up with some buddies, and see the coaching staff,” said Makar. “It was good to be back and see that crowd.” 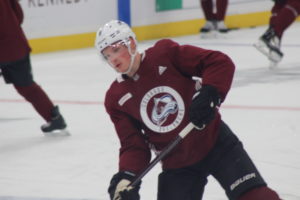 “I’m very honored and humbled to have all that,” said Makar of the love and support of UMass fans. “It’s pretty crazy nobody really knows how widespread and diverse the UMass crowd is and how far they go across the country. I see at least a jersey in every building, a random UMass jersey, its pretty cool.”

Very few doubted whether Makar was ready to make the jump at the end of the Minutemen run. His coach even told him it was time to go.

“He was the best player I’ve seen at this level. He’s a star,” said Massachusetts coach Greg Carvel. “We were lucky to be able to watch him for two years. He grew a lot as a player here, and he needed it. That’s one of the best things about him, he came here and said ‘I’m a number one draft pick, I need to get better. How can you help me?’

“It was awesome coaching him. And it’s awesome seeing what he’s doing up there. I’m not the least bit surprised. I coached at that level, I know what it takes. He’s an unbelievable player. Everyone’s like ‘are you surprised?’ No, he’s really frigging good. He’s a good hockey player, he’s one of the best in the world. He’s going to keep impressing people. Again, it was fun to watch him practice every day for two years. I appreciated what we had in him.“

While he might be catching some people by surprise, most UMass fans knew this was what the Avalanche were getting, but having experience from last year has been tremendous in helping to establish Makar this year. Makar is garnering talk of the Calder Trophy for the NHL’s Rookie of the Year as well as some early Norris Trophy buzz for top Defenseman. 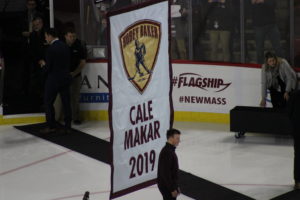 “It was very important just being able to come in, get to know the guys and get to know the system,” said Makar. “I think anybody in that situation gets a leg up on the competition just coming into this year. It was a comfortability thing coming in and knowing the guys a little bit and being more comfortable.”

His current coach, Jared Bednar is impressed by what he’s seen of the rookie since last season. “I think when you come into the league, and he gets thrown right in, in a situation where he doesn’t have time to think about, he’s coming out of college, and has high expectations, he does an amazing job,” said Bednar of Makar’s role from last year to this.

“Then this year he has higher expectations for himself. He starts to play and then to be able to settle in and understand he can be an impact player for us in a bunch of different areas, not just offensively. He’s playing in our top pair now. It took him just a little bit to sort of get his footing underneath him, but I feel like he’s been an impact player for us on most nights and he has that expectation for himself, we have that expectation for him and he’s done a real nice job handling that and sort of evolving his game and making sure he’s good at both ends of the rink.”

“I feel like he’s a real mature player for his age,” added Bednar.

As for the game in Boston, it pitted two teams riding hot streaks against each other. The Avalanche had won three straight while Boston had won nine straight. The Bruins were also 12-0-4 at home going into Saturday night’s contest. In a previous meeting in Denver in October, Colorado was victorious 4-2.

The fresh-faced 21-year-old held his own against the formidable Bruins line-up. Not much has changed for a Boston team that lost Game 7 of the Stanley Cup Finals just s a few months ago. Makar’s night, 18 shifts for 16:01 of ice time, ended early when he was hit behind the Avalanche net by Boston’s Brad Marchand. Makar immediately skated off the ice holding his left shoulder area and looked a bit dazed as he headed straight to the locker room.

After the game, a 4-1 win for the visiting Avalanche, Bednar had no update on his status. He has since been listed day-to-day with an upper-body injury. Colorado also lost on Monday night against the Flames 5-4 in Denver without Makar in the line-up.