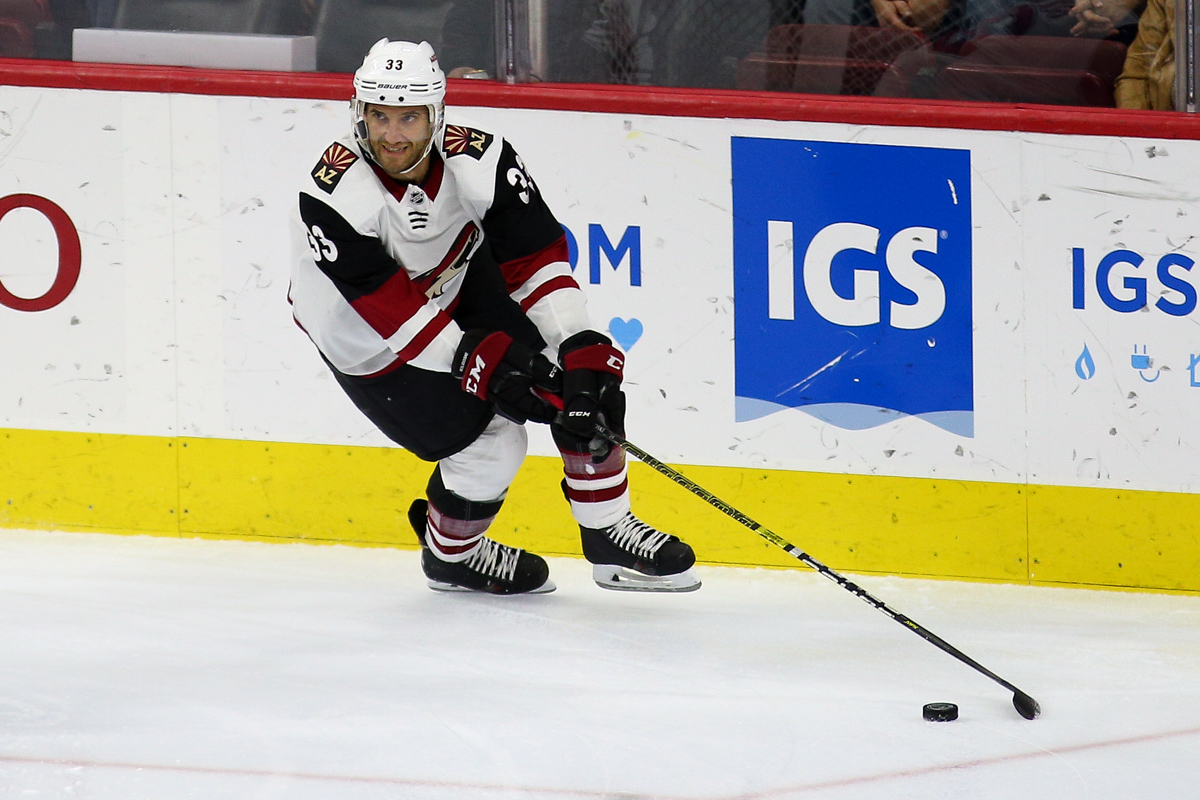 Why are the Arizona as good as they are? They’re sitting second in the Pacific Division, and they’ve got 14 more goals than they’ve given up. Their offensive total coming out of Saturday is 68 goals for. They are only middling in both PK and PP, but they have 30 points. Yet against the Kings, despite scoring an early goal, they had no jump.

They last played two nights ago against the Maple Leafs, a rejuvenated team with a replaced coach, and they lost 3-1, but that’s hardly a spanking, and it was at home, so travel is not a factor. But here they were, almost through two periods against LA after a 1pm Saturday start, up 2-1 and having fired just 10 shots. They had given up 26. And the score, while not indicative of bad goals, was not a reflection of how they looked on the ice. The period ended at that same score, but with the shots 28-12. The Coyotes had spent the last 16 seconds of the period in a flurry of activity which yielded those final two shots of the frame on a couple of dangerous chances after the Kings failed to clear the puck.

Maybe the Coyotes looked bad because the Kings, for a change, looked good. To put it in a sentence, the Kings looked like they believed they could score. It started with Alec Iafallo, who had a wrist shot chance in the first couple of minutes and flung one from the low right side. The goalie repelled it, but Iafallo’s body language after the whistle showed that he assumed he had the goal, rather than offering the look of the defeated.

The game would have started off out of hand, in fact, had Quick in the LA net not made a couple of lovely saves off the shoulder early on. The first goal he let in was off a three-way pass on the power play that he had no chance at repelling. The defense on that play were bamboozled. They were Joakim Ryan and Matt Roy. Roy had missed his check on Clayton Keller, and Ryan was trailing the play. What were they doing out there, with a penalty to kill? Good question.

The Kings started the second period well also. Brown prompted a beautiful save when he outwaited a defender in the slot, watching while he slid down for a block, then flung a wrister to the near top corner. Raanta snatched it with his catching glove, doing a full splits for effect.

The Kings scored shortly after, Kopitar on the power play, from Doughty and Kempe. Kopitar had come down from the right point when he spotted Doughty with the puck at the left half wall. Kopitar shot it through the goalie, essentially. The Kings were outshooting the Coyotes 18-6 at that point.

The Kings stayed aggressive. Clifford created havoc on the left side of the zone, but shot wide. From the defense, Sean Walker threw the puck to the net with Grundstrom there. The latter had also just had a mini-break down the right side, but he had passed, inexplicably, into a crowded slot. Blake Lizotte had gained the puck in the slot and spun to get off a shot. The puck partly got through Raanta and squibbed to the goal line. Oliver Ekman-Larsson reached in and swept it away.

Despite all that, it was Arizona that got the next goal. At first, nobody was quite sure it went in. The puck was carried down ice by Vinnie Hinostroza. He put it to Carl Soderberg, who shot. It kind of flew up and around the pipes, seeming to go in, but apparently not. It dropped, and Lawson Crouse tapped it in from in the crease. So the period ended 2-1 for the Coyotes, about the quietest lead you’re going to see a team hold.

Period three saw the Kings again dominating, but again, with Quick holding the fort early. He made a spectacular pad save off Jordan Oesterle, who came down the slot and whipped a wrister. Then it was the Kings’ turn. Lizotte and Wagner had two or three shot attempts. Before that, Quick stopped a lofted-in shot from Ilya Lyubushkin from the point with a guy right in front.

The Kings got a power play where the best chance was Doughty to Kopitar for a one-timer. Pad save. Then Toffoli kept them in it when he dove back to break up a play after Hinostroza walked around Lazotte, fresh off the bench and frozen in place. Brad Richardson was with Hinostroza on the rush.

The Kings poured on the pressure from about the point where there was 4:46 left. Doughty lost a puck on the blueline and almost saw the game go out of reach when Kessel, barely visible before this, took the puck all the way to the Kings’ net. He shot, and it partially got through Quick, hitting a leg and dropping down to the ice. The goalie swept it away with his trailing leg.

The Kings did a bit of an early goalie pull, and Arizona got an empty net goal from Christian Fischer, who shot from inside his own blue line. Quick went out again, and the Kings got a goal to make it 3-2 when the puck was recovered after being flung around the end boards. It went to the front, and Prokhorkin had a tip-in redirect from there. It was his second career goal. Time left: 1:35. No further scoring occurred.

After the game, Kopitar was more discouraged than seemed warranted. “Yeah, shots were there. The team game was there. It just wasn’t good enough. When you had fifty shots [actually 45], you put one on the board, well, two. But one was very late. It was desperation time. We’ve got to be a bit more desperate early in the game.”

Coach McLellan saw the positives, though he’s never going to celebrate a loss. “It was not the result we wanted, and we’re not playing to stay close, obviously. We’re playing to try and win. I thought the game tonight was a much better effort than we saw last week, or Monday or whenever we were in Arizona. I thought we created more. We played with a little more authority. It didn’t start that way. I didn’t think our start was energetic or alive. Later in the first, we got it. From there on I thought we had what we needed to give ourselves a chance.”

The Kings outshot Arizona 45-19, but McLellan was a bit skeptical about the value of that. “We’ll take a close look at what we’re doing in and around the blue paint. Are we making it hard on the goaltender? . . . When you’re not producing on so many shots, it’s the first thing you think about.”

The Kings play at home Monday, with San Jose in town.

If you like cars, please see my  LA Auto Show coverage at www.lacar.com. Thanks. (Especially  if you’re outraged about the new Ford Mustang Mach-E.)

Also interesting: McLellan said about Prokhorkin that he likes him on the wing more than at center, where he has been playing lately. He was listed as the fourth line right wing on the lineup sheet.