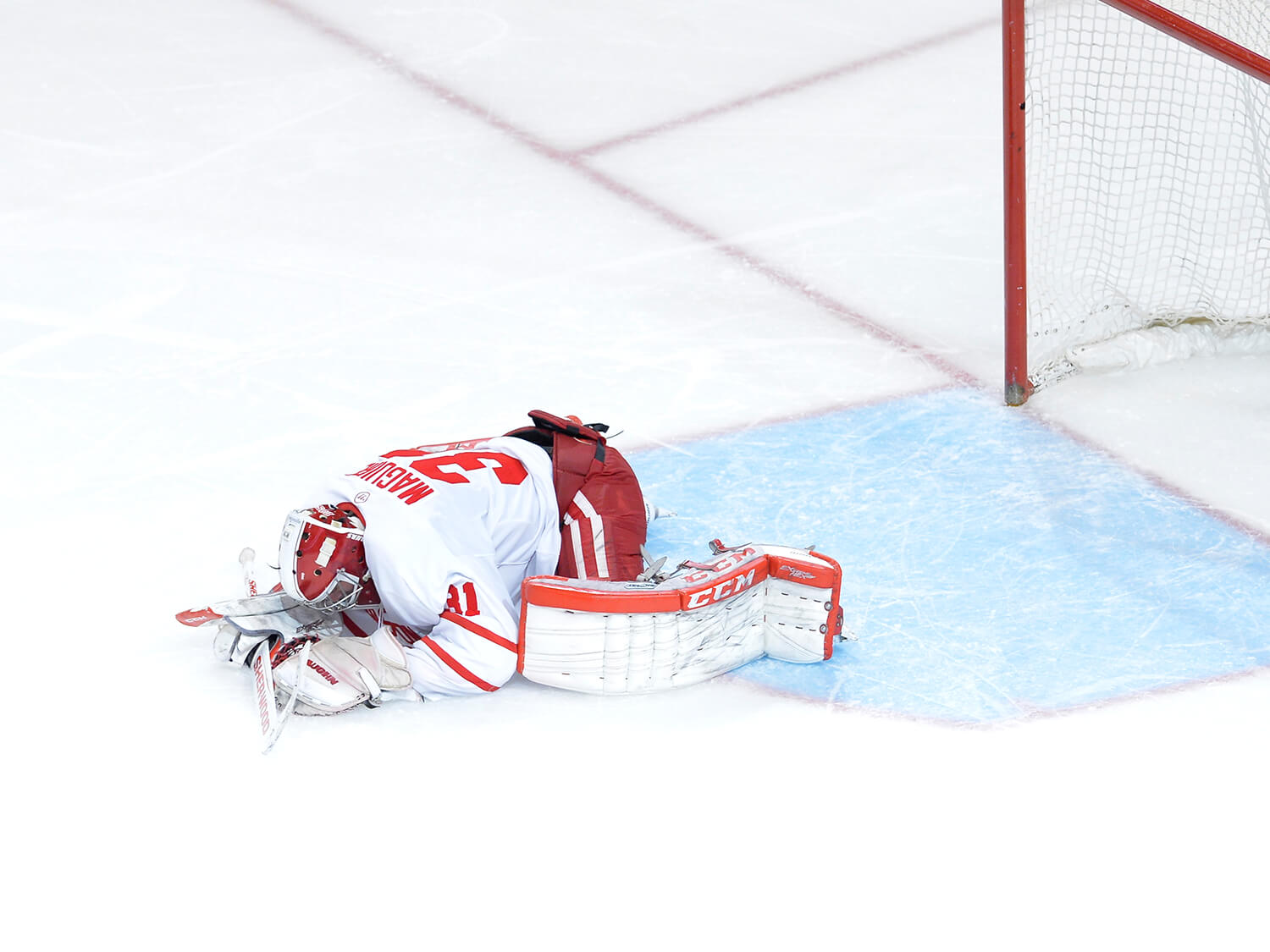 Lights Out: Tuch’s Goal Leads BC Past MVP Maguire, BU

When they say you want to play lights-out hockey, they probably don’t mean it literally. Fighting through a power outage that lasted 29 minutes, the Boston College Eagles powered through to defeat the Boston University Terriers 1-0 behind Alex Tuch’s overtime goal and take the Beanpot championship.

“If I would’ve saw a little bit of it, I would’ve stopped it,” said BU goalie Sean Maguire after the game of the shot from Tuch. “That was a pro level shot.”

Boston College came out soaring, getting off the first five shots of the game and outshooting the Terriers 12-2 after eight minutes of play. Sean Maguire stood on his head early, making several point blank saves, including one on top line center Austin Cangelosi. The Eagles lit up the scoresheet with shots early and often in the opening frame.

BU’s Jordan Greenway played a physical period, crashing the net and creating space. Ahti Oksanen also played a physical game, he and Miles Wood jostling a bit before the puck was ever dropped. Wood went to the box for a boarding call after he hit Oksanen into the corner late in the first period.

Maguire held the Eagles scoreless in the first period despite 23 shots faced and several chances from BC, including Wood on a breakaway out of the penalty box.

The second period remained a battle for both teams, and sparks flew following a scrum behind BC goalie Thatcher Demko. Matt Lane’s shot was swallowed by the Eagles’ goaltender, but Greenway crashed the net and ended up in a skirmish with Casey Fitzgerald. Fitzgerald went to the box for a two minute roughing call, but the BU power forward ended up with 14 penalty minutes, including a ten minute misconduct.

Boston College continued to get shots off, but many of them were from along the boards or the blue line. The Terrier defense did a good job of holding the Eagles away from the middle of the ice and around the crease where they would have gotten better opportunities.

Midway into the third period, Ryan Fitzgerald had a breakaway chance for the Eagles broken up. Greenway was left alone on the Terriers’ offensive blueline and got his own transition opportunity that was broken up by BC’s Michael Kim, and Greenway went crashing into Demko, who was shaken up but stayed in the game.

The game headed to overtime with no goals scored in the third period. Matt Lane had the best chance when Demko fell on the puck and prevented it from crossing the goal line, and the final half of the last regulation period was dominated by the Terriers.

Just barely into overtime, Alex Tuch was the only on to get one past Maguire all night. Maguire was still named the MVP of the tournament after making 31 saves in the championship.

This was the first ever Beanpot game to finish with a 1-0 score in the history of the tournament, of which this was the 256th game of.

“Unfortunately it just takes one play to win it,” said BU head coach David Quinn. “They made the play when they had to.”