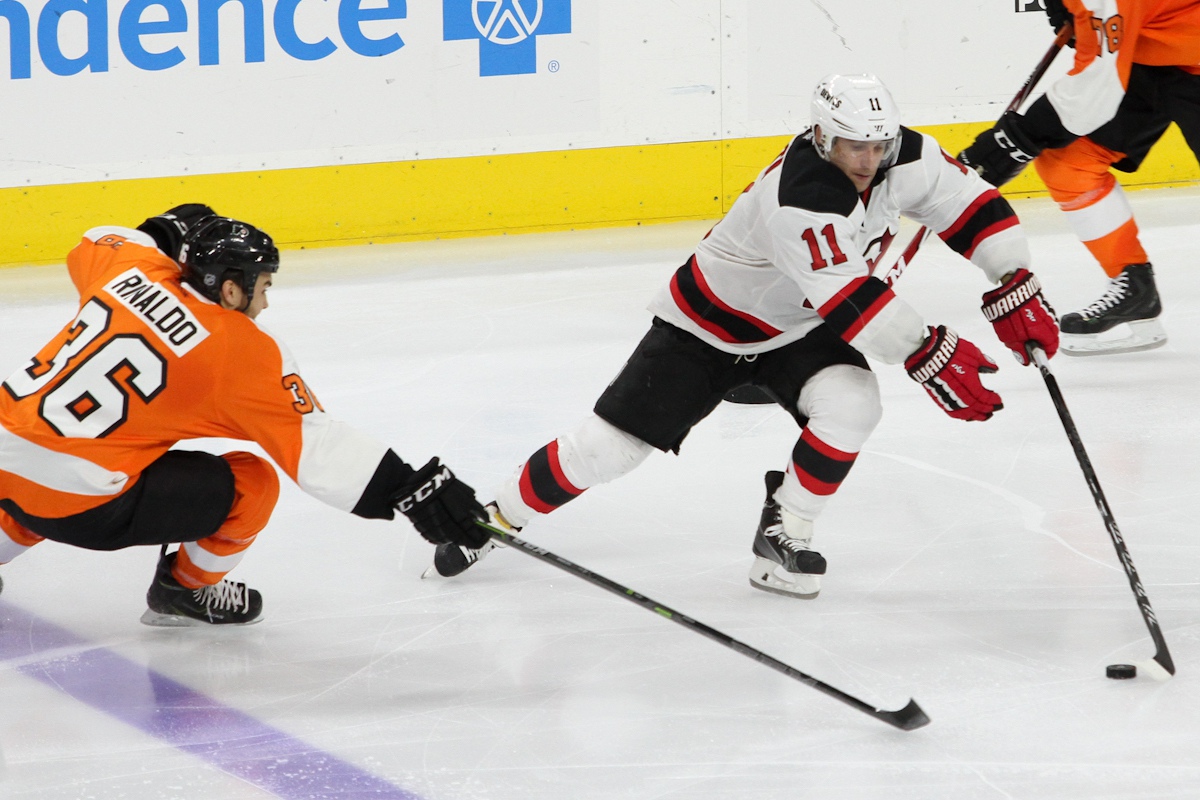 It was just this past weekend that the Devils visited the frozen home of the Winnipeg Jets.  They defeated them 2-1 on their home ice.  Ilya Kovalchuk could have been the victim of that loss if he had moved there this season by re-signing with Atlanta.

He had heard the rumors long before the Thrashers started waving a hefty contract before his eyes. He could choose to stay with the team that drafted him as the first Russian to ever be selected first in the NHL Entry Draft, or move on to greener pastures.

He decided that he didn’t want to move to Canada with his team, so he left Atlanta for Newark, New Jersey. It’s a decision he doesn’t regret.

As the Devils’ goal scoring leader, for the first time since he’s been in Newark, he’s starting to finally settle into his role…and that makes scoring goals and winning easier.  With 19 goals under his belt in 45 games, he’s on track to have another 40 goal season.

The irony in the matchups against Winnipeg, even though he’s never donned a Jets jersey with his name on the back, Kovalchuk is the Winnipeg franchise leader in every category except penalty minutes (held by current New Jersey Devil Eric Boulton with 639 minutes) and Shorthanded Goals (held by Marian Hossa).  He holds the record for Games Played (594), Points (615), Goals (328), Assists (287), Hat Tricks (11) and Power-Play Goals (115).  It comes as no surprise that the City of Winnipeg would boo the Russian who didn’t come with the Jets’ package deal this season.  After all, he didn’t want to play in Winnipeg.

In what started off as a sleeper, Tuesday night’s game had a very slow start inside a quiet arena where a few people could be caught catching a few winks…that is, before the Russian superstar lit up the arena.  With just 1:01 remaining in the first period, Zach Parise managed to steal the puck away from Tobias Enstrom. He passed it along to Kovalchuk, who broke into the Winnipeg’s zone to score on Chris Mason to give the Devils the first goal of the game.

With Evander Kane just a few seconds out of the penalty box and Nik Antropov still sitting in the sin bin, Kovalchuk scored his second goal of the game at 7:38 to give the Devils a 4-0 lead over the Jets.

Winnipeg tried to turn their luck around by pulling Chris Mason from goal and replacing him with Ondrej Pavelec. In the 28:46 he played, he allowed 4 goals in 15 shots. The change-up proved worthwhile for the moment.

In the final period, the Jets were finally able to get on the scoreboard with a goal from Enstrom at 8:18, canceling out what would have been Brodeur’s first shutout of the season. But even without another shutout to distance the Shutout King from the next contender challenging his title, the Devils went on to win this match.

Elias was the one to put the final nail in the coffin when he tallied the Devils’ fifth goal of the game at 11:31.

Elias received the second star of the game with a goal and two assists. This, of course, was a night of recognition for Elias. Prior to the game, they honored him for his 1000th game played back on January 6, 2012.

Elias’ friends and family that made it out to the 1,000th game also made sure to attend the special night honoring the legend.  That, of course, meant the world to him.

Jacob Josefson made his first debut since his injury back on October 21 versus the San Jose Sharks. He had only played in five games this season before an injury left him with a broken right clavicle, sidelining him for three months. In his first game back with the Devils, he played in 18 shifts totaling 13:40 of ice time, and 42 seconds on the power play. He did not register a shot on goal. His faceoff win percentage was 55%, winning 6 out of 11 faceoffs.