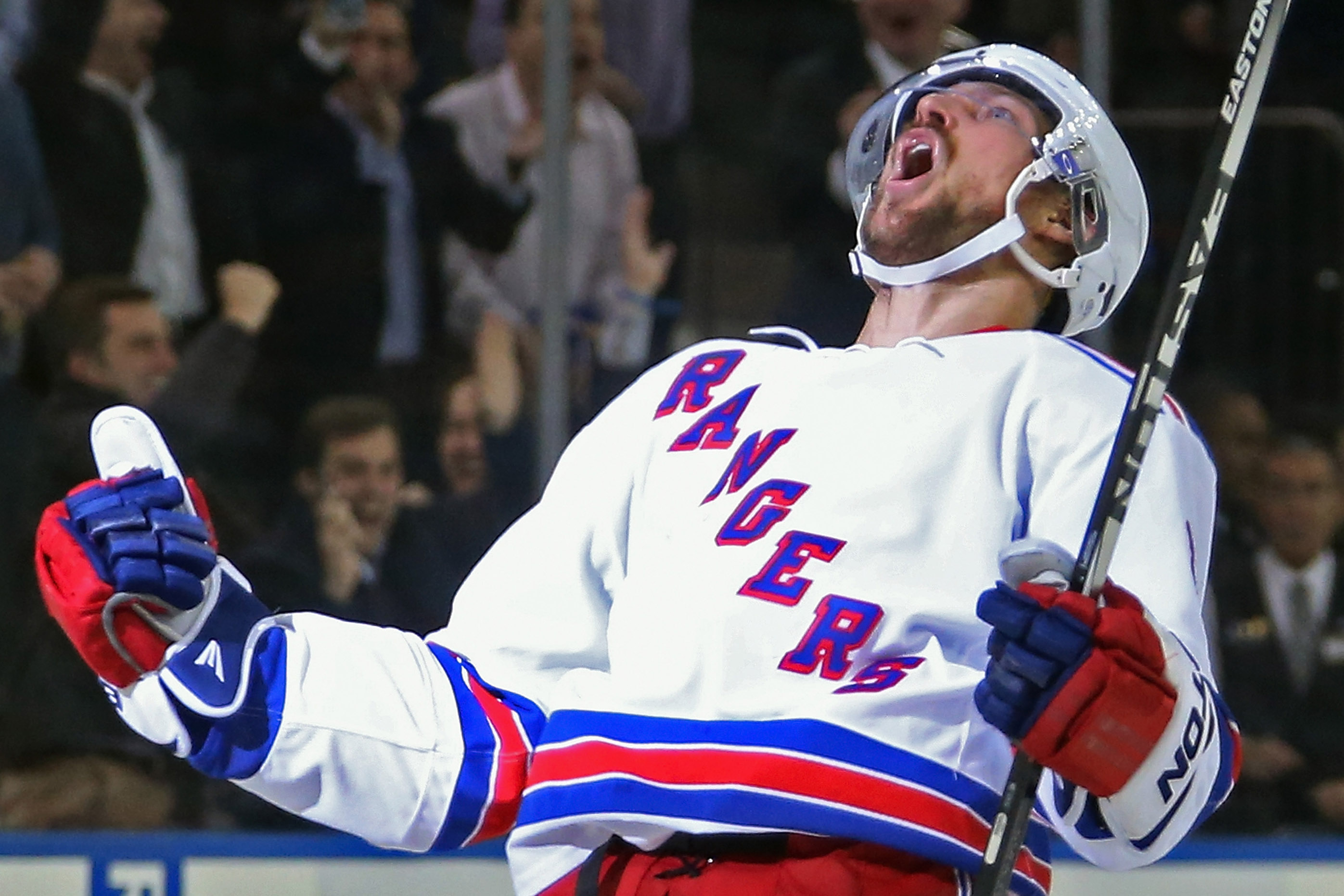 NEW YORK — If you’re going to turn a bad night into an amazing night, New York Rangers defenseman Kevin Klein knows exactly how to change the course of events.

During the Rangers match against the Pittsburgh Penguins on Monday night, Zach Sill clipped Klein’s ear at 17:19 in the first period.  Sill was called for a high-stick double minor as Klein skated off with blood splattered across his shaved head. The injury wasn’t just a bloody hi-stick; Sill had torn off a piece of Klein’s ear.

He had to receive 12-13 stitches to sew part of his ear back on.

As the Rangers 3-1 lead in the third period quickly dwindled into a tied game as the Penguins scored twice in just 24 seconds, the game was pushed into overtime.

“To get the third one was awesome,” Klein said of the Rangers play.  “That we’re battling.  Their third one was kind of an unlucky bounce.  It was just a little bit of chaos. But I thought the guys responded really well.  We didn’t get down on ourselves.  We kept going.  We got one in overtime.  That was nice.”

It was Klein that netted the game-winner in overtime at 3:45.  That big night awarded him the honor of wearing the Broadway Hat.

He spoke to the media with dried blood on his ear and head, wearing the Broadway hat.

And then he did this:

Then Klein gave the hat to Chris Falzone, the Garden of Dreams kid honored by the Rangers this week.

This is how a Ranger becomes a favorite.  He was injured on a play, continued on and ended up netting the game-winner.  He never wiped the blood away from his head.  Yet, at the end of the day, he takes off the hat that was given to him as an honor and gives it to a kid from the Garden of Dreams foundation. This is what makes New York (or any hockey fan) fall in love with a guy that only became a Ranger just last season.

Klein did update Tuesday morning on his condition.

Thanks everyone! Saw the plastic surgeon this morning it is all good. #tysonbitme pic.twitter.com/xqJQuxz7r6

With a career-high for goals this season, his sixth tally of the season places him in ninth place among all NHL defensemen in goals.  He is two points away from 100 points in his NHL career.

Pittsburgh Penguins’ Robert Bortuzzo returned to the ice after he was suspended two games by the league for an illegal hit on Jaromir Jagr (New Jersey Devils) on December 2.

The Rangers signed 15-year old cancer survivor Chris Falzone to a one-day contract as part of the Garden of Dreams Foundation.