Every year about this time, the Kings experience what psychiatrists would call a “fugue,” which is a time when someone suffers from loss of memory, begins a new life, and when she or he recovers, doesn’t remember the period of amnesia.

Yes, friends, once again, the LA Kings have forgotten how to score goals, just as they have in the past. Eventually they recover and often win the Stanley Cup (man, does that sound odd, but it’s true). But while in this fugue, they wander around with dazed expressions on their faces, unable to identify the goal. That is, the net. Or at least, unable to put pucks there.

Justin Williams, who does not, as far as I know, have a PhD in psychology, or any other discipline for that matter, diagnosed the problem as if he did: “We still aren’t playing our best hockey. We know that, and we’ll figure it out. The time is now. We can’t wait to get our A game going. We’ve got to find it right now. There are a lot of tough teams, and we have to keep pushing.” But why have they forgotten how to score?

In fact, the Kings had an offensive outburst on Wednesday night in Anaheim scoring five goals. They’d done the same thing against Vancouver last weekend in LA. But many times this year, they’ve posted 2 goals or fewer. That is, 11 times in their first 18 games. And even scoring five on Wednesday did no good, or little, as they lost in a shootout.

IH asked Coach Sutter about the differences between that game and the one Saturday, during which the Kings scored just three times, but won, in OT. “One’s a shootout game and the other’s an overtime game, so it tells you how close they are,” was his comment. He had earlier said, “You’ve got to score to win, and you’ve got to keep the other team limited.” His team is mostly better at the second than the first right now, and that may be exactly their problem.

If the league, as Sutter said and says, is “a 3-2 league,” then obviously by posting just a pair of goals, you’re going to lose most nights. Sometimes goaltending can make up the difference. The Kings have gained 9 of 22 possible points in those two-or-fewer-goals contests. But obviously, most of the time that doesn’t work, as that’s less than half the points available in those games.

Their goal total coming into Saturday’s 1pm tilt with Anaheim was 42. Only The Jets and Nashville had fewer in the West. In the East, Columbus also has 42, and the pathetic Hurricanes, Panthers, and Sabres are in the twenties and thirties. So yeah, the water crisis is not the only drought happening in California right now.

To address the problem, on Saturday with the Ducks in town, Coach Sutter made some shifts in lines, including inserting Jordan Nolan into the lineup and taking Dwight King out. Nolan had missed two games in a row as a healthy scratch after having played in ten of the team’s first 11, sitting two with a suspension, and then playing two more. King had appeared in every game thus far. His minutes versus Dallas on Thursday night were 12:41.

Nolan played on line four with Trevor Lewis and Kyle Clifford, and the trio did more than produce energy. They held the puck in the Anaheim zone most shifts that they took, and they got some shots. Nolan was perhaps the weakest member of the group, at one point creating two turnovers on one shift. Put plainly, he just gave the puck away. Note that the official stats do not register this. The reason? The well-meaning NHL crew in LA apparently has some people on it who know very little about hockey.

Ahead of that line was the group of Kopitar, Gaborik, and Carter, the latter pulled away from the two kids with whom he normally plays, Toffoli and Pearson. They had Mike Richards rounding out their line. That left just Stoll, Brown, and Williams, and they formed a line. Some shifting did take place, note. So for example, Brown and Stoll had Toffoli with them after a penalty kill in period two.

Nothing changed. The Kings fired the puck, for sure, recording those aforementioned 29 shots in the game. And the opposing goalie, Frederik Andersen, was good. But he didn’t have to be great, because most of the LA chances were from areas of the ice where an NHL goalie is not going to let in a lot of goals. That is, they were perimeter shots.

On the other end of the ice, Quick was great. Two saves stand out. In period one, Fowler got the puck in front of the net and fired one. The goalie responded by squeezing his whole body tight together in a kneeling position and getting the puck between his arm and body. In period two, Beleskey fired one that Quick had to dive over to get. The rebound went back to Beleskey, who fired it up and hit post and crossbar. Part of the goalie’s equipment, as they say.

But those heroics didn’t stop the Ducks from exiting period two with a 2-1 lead. They had first scored at about nine minutes of P2. Etem got it after picking up a puck that had been centered and lingered in the slot off a defenseman’s stick. The Kings tied the game shorthanded on a sniper’s effort by Toffoli. He had gone down two-on-one with Stoll and used the latter as a decoy, then shot up and over Andersen’s near shoulder.

Goal two for Anaheim came close to the end of the period. Vatanen held the puck and circled the Kings’ net with it, putting it out to the point. There, Bryan Allen made a shot-pass to the far (right) side, and Kessler got it, did a turnaround, and fired it past Quick, who had no chance.

The Kings could have folded the tent, but they got the tie-making goal from Kopitar on the power play midway through the third. It was a three-way passing play that went out to the point and was shot off-speed to the net. Andersen had already committed himself too far to his right, on a knee. He couldn’t get back left and the puck went into the open side, a brilliant shot.

The winning goal came again on the PP, but this time in extra time. Stoll poked a puck that was centered by Williams, and it hit one of Andersen’s pads and went in. When asked about it, he said, “I tried to go to the crease and keep my stick on the ice, and he found my stick.” When asked if he got all of it, he said, “I got enough of it, yeah. Well, I didn’t get all of it, but Allen was on me, and I got enough of it.”

The Kings still haven’t remembered how to score, but they scored enough to even this week’s contests with the Ducks at three points apiece. Sutter said after that he doesn’t even know when the two squads meet again. It’s months from now, in mid-January, then mid-February and mid-March.

Perry was spotted in the press box area between periods one and two, his mumps episode apparently over.

Dany Heatley is out, probably with a lingering groin problem, but the team has not specified.

The Kings had to be a bit nervous seeing Matt Greene fighting Patrick Maroon with less than three minutes gone. The last thing they need is another defensive injury. On D, Martinez is hurt, but Regehr was back for the first time since November 6th.

END_OF_DOCUMENT_TOKEN_TO_BE_REPLACED 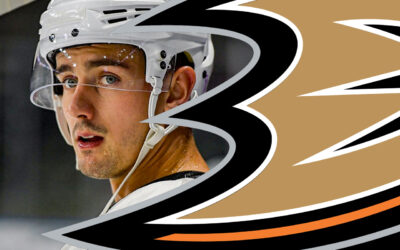