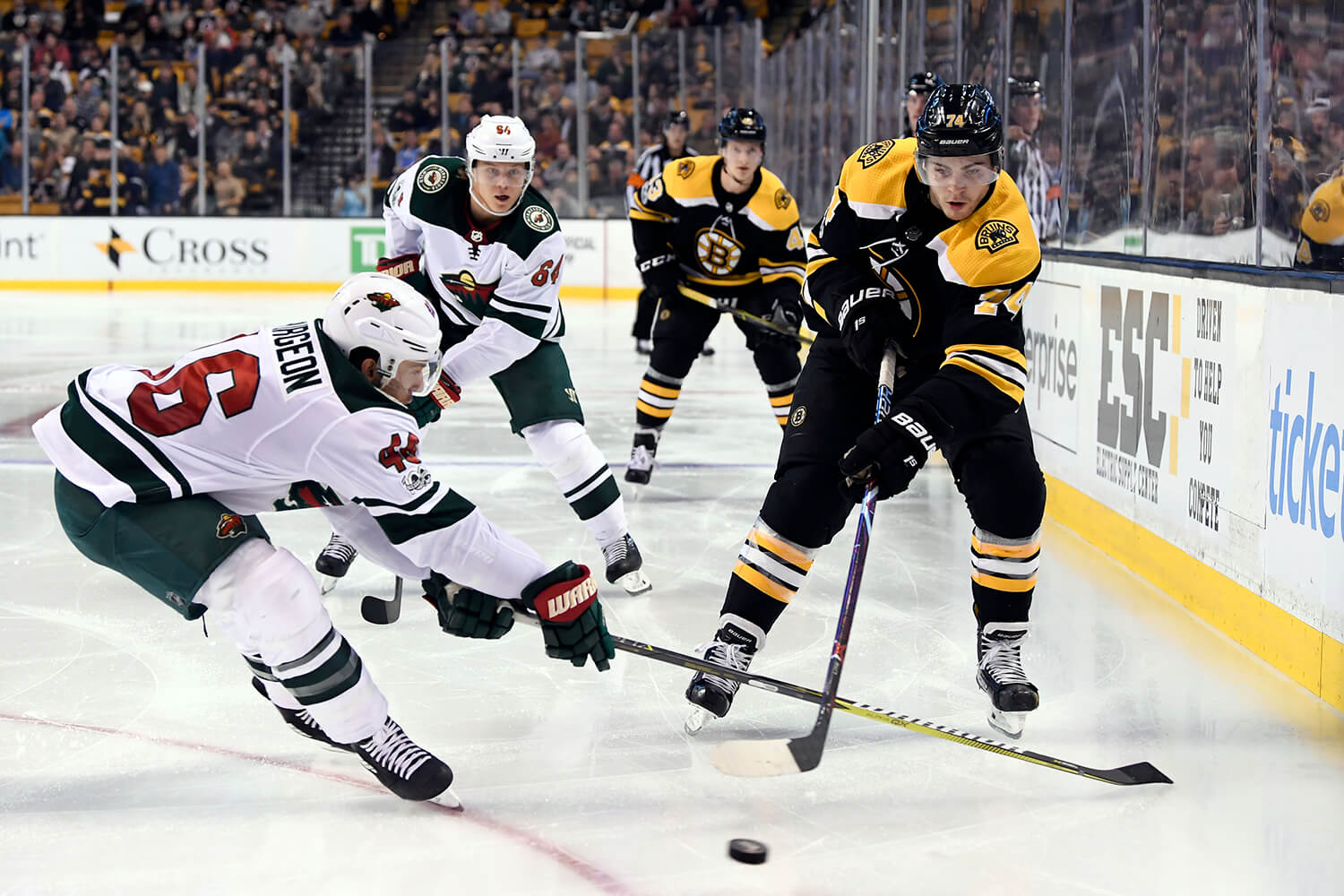 If there was any doubt Jake DeBrusk has arrived, those were erased on Wednesday night.

In the Bruins’ 7-4 Game 7 victory over the Toronto Maple Leafs, the rookie scored twice, including the game-winner. For the first round pick, it was a moment the Bruins brass had been long anticipating.

In front of a home crowd, DeBrusk’s coming out party propelled the B’s to the second round.

“First playoffs and I was really happy to contribute and obviously tonight with the home crowd here too, and how the game was going it was back and forth and emotions were pretty crazy, but insane that it was nice to get on the board and it was nice to help the team win.”

In the second period, the Bruins fell flat, surrendering their one-goal lead and playing their sloppiest period of the postseason. The lone skater to continue to play at a high level was DeBrusk.

When he won a puck battle and charged towards the net, sliding it past Frederik Anderson, it was poetic justice.

“He scored going to the net, dirty areas,” said Bruins coach Bruce Cassidy. “He had some chances tonight. He didn’t score on going there. So, that’s always the first thing: get into the inside, play inside, be willing to get hit, fight for your space, and that’s playoff hockey. It’s a little more difficult to get there. So, they weren’t freebies, all of his goals.”

In the midst of his excitement, celebrating behind the net, he never even saw the goal that won the series go in the cage.

“I didn’t even see it go in I just heard the crowd go pretty nuts and it was a very special feeling,” said DeBrusk. “Especially making it five-four at that point and I knew as soon as we got the lead there the next goal, we’re going to be fine, and it was very special.”

In the 4-on-4 stretch, DeBrusk’s speed generated his scoring chance. He took a short pass and charged through the neutral ice, then cut past Leafs’ defender Jake Gardiner.

DeBrusk made the Bruins out of camp and he scored in his first game, an inauguration for the Bruins youth, against the Nashville Predators on opening night. Since then, it’s been a steady rise to become one of the B’s most reliable forwards.

“The issue we had with Jake during the year was that consistent push, use your legs, use your feet because he’s young and he’s got them,” said Cassidy. “He can really get on pucks and make people uncomfortable, so I was happy for him. He’s a good kid, he’s worked hard, and he’s really contributing for us.”

DeBrusk finished the first round with five goals, the most on the team. In a Game 7 where the B’s didn’t get the production from Brad Marchand and Patrice Bergeron, it was the rookie who kept the season going.

“He hounds the puck,” said defenseman Torey Krug. “He stays on it. We saw it all throughout the series, whether it was up in Toronto, that play he made where he’s climbing down the boards and three guys take a run at him and he hits a guy back door. When he wants it he’s going to get it.”

Last season, Charlie McAvoy made his playoff debut in the first round against Ottawa, where he starred despite the early exit for the team. His case was unique in that his NHL debut was in the postseason. DeBrusk had an entire regular season to get adjusted to playing at the highest level.

The postseason is the accumulation of how far he’s come since he scored in that first game back in October.

“We don’t want to break up this group we have a special group in here and I honestly believe that,” said DeBrusk. “Just have no doubt and play like our lives depend on it and obviously you do in a game seven but when you’re down going into the third period against a team like that it’s tough to overcome but character showed through.”

DeBrusk had his playoff moment, and there’s still time left in the postseason to expand upon his growing playoff legacy. The continuing season is, in large part, thanks to DeBrusk’s efforts. When it looked like the season was about to end, he had the best period, and his will power on the game-winning tally earned the advancement.

Next up, Tampa Bay, where the Bruins will be on the road for the first two games.

But, at least until the series begins, DeBrusk can enjoy the night his Bruins legacy began.

“I just wanted to get on the ice again and stay out here forever if I could.”