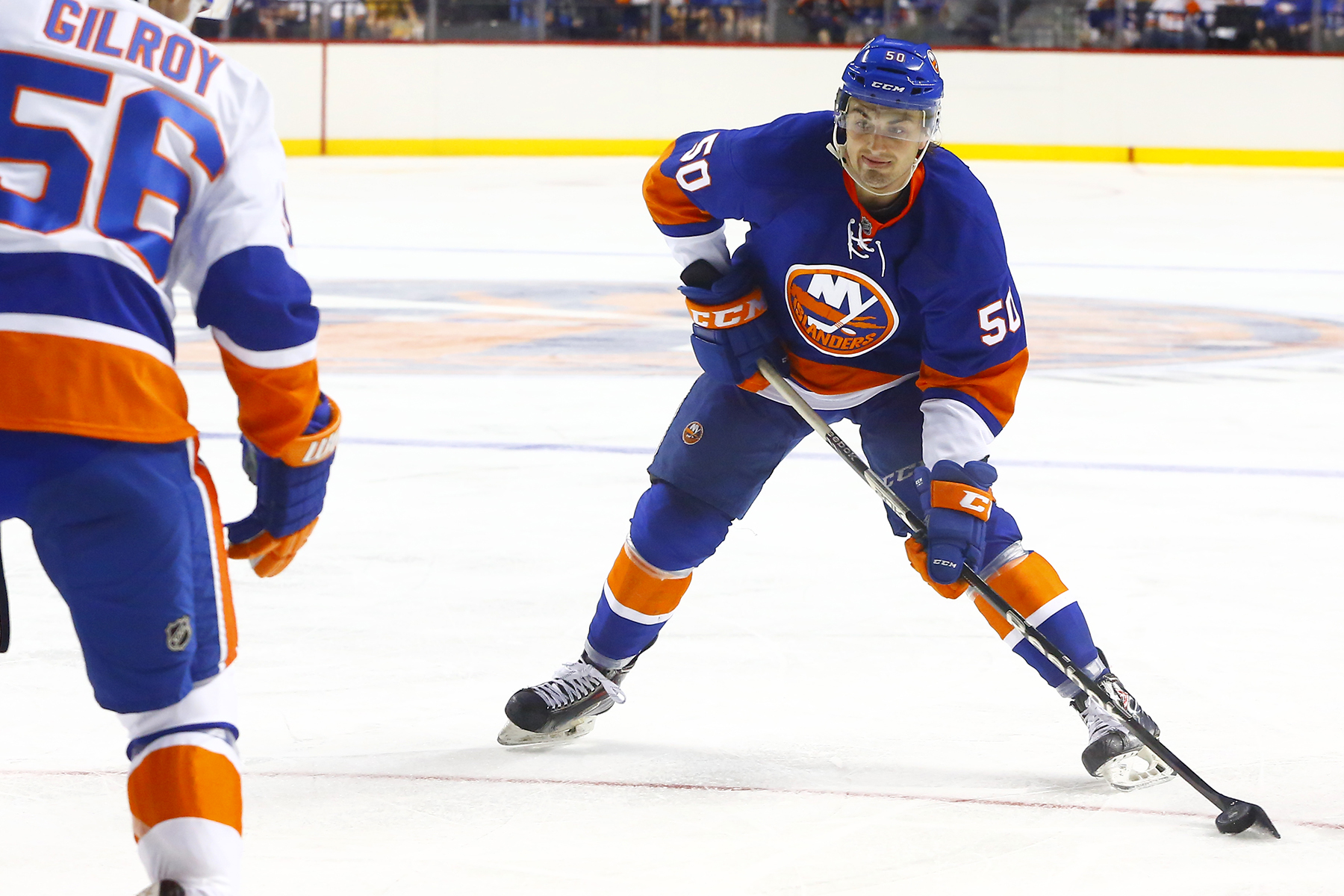 Adam Pelech has dreamed of this moment nearly as long as he could remember. Today, it became a reality as the New York Islanders recalled the 21-year-old Toronto native from their AHL affiliate in Bridgeport.

“Coach called me and it was a big surprise,” Pelech said after Monday’s practice at Ice Works. “It’s a dream come true for me and it couldn’t have come at a better time.”

Isles coach Jack Capuano explained why Pelech was the choice to join the team as their seventh defenseman as they head out west for a three-game road trip. “We always call down to Bridgeport,” Capuano said. “It was a tough decision between a couple of guys but we went with the left shot and Adam was the guy.

At 6’2” and 215 pounds, Pelech adds size and a strong presence in his own zone. In 14 games this season with the Sound Tigers, Pelech has scored two goals and four points and has an impressive plus-nine rating. Both of his goals have been shorthanded tallies. Last year was his first season as a pro and he finished the campaign with 11 points (all assists) in 65 games.

“I think I’m a steady defensive defenseman who keeps it simple and tries not to make too many mistakes out there,” Pelech said when asked about his style of play.

The Islanders will be playing three games in four nights during this California trip and it is likely Pelech will get into at least one of those contests as Capuano seeks to give one of his veterans a rest.

Veteran defenseman Johnny Boychuk talked about the advice he offered to Pelech. “Just have fun,” Boychuck suggested. “Just play simple, play your game and don’t worry about making mistakes, (although) everybody’s going to make one.”

The Islanders are seeking to reverse their recent struggles. The team is 1-3-2 in their last six games and have scored only eight goals during that stretch.

Because of this slump, Boychuk feels it’s a good time for a road trip. “It’s a good time because we’ve been on a skid right now,” he explained. “Just getting on the road and getting back to basics and just playing our game is pretty key for us.”

The coaching staff is hoping the team can get some breaks. “It’s been frustrating because we just haven’t scored some goals,” Capuano said. “Obviously the power play last night didn’t do anything. We had the 4-on-3 for 1:20 the other night in Montreal, we didn’t generate anything there. These are turning points as the game goes on. When you’re playing good hockey, you have to capitalize on certain opportunities and we haven’t done that.”

The road trip starts Tuesday in San Jose, followed by games against the Kings on Thursday and the Ducks on Friday night.

“You’re going against good teams,” Capuano said. “It’s one game at a time. We’ve got a good team we’re playing against on Tuesday. Hopefully the guys can get rewarded for some of their hard work of late 5-on-5.”