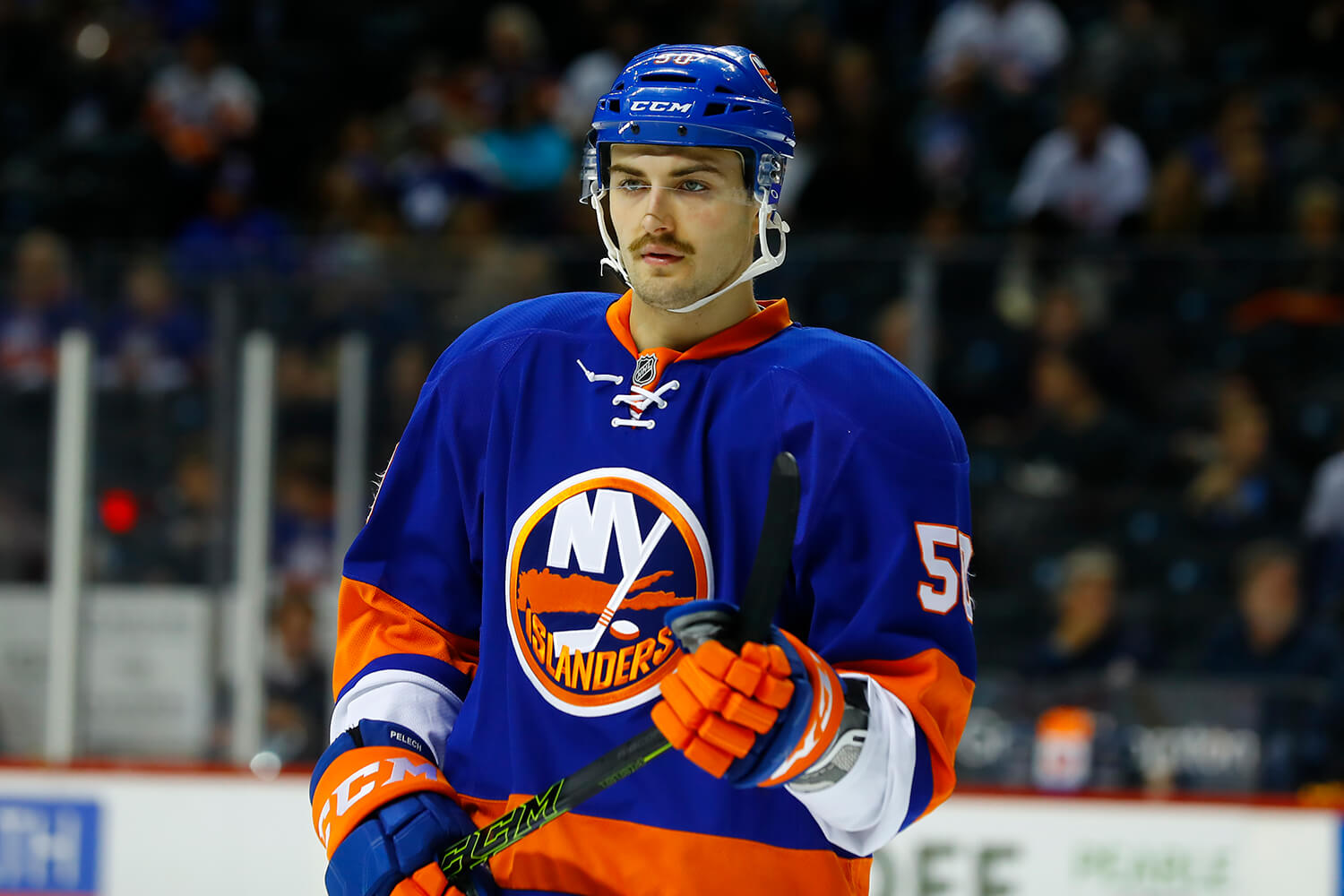 Islanders Stumble in 4-2 Loss to Jets

The New York Islanders got off to a fast start but quickly lost the edge and a 4-2 decision to the visiting Winnipeg Jets Thursday night at Barclays Center. It was the Islanders second straight home loss against a team below them in the standings and cost them two more valuable points in the race for the final playoff spot in the Eastern Conference.

“It was just a sloppy game,” captain John Tavares said in the postgame locker room. “We didn’t execute very well. We seemed to mishandle pucks and turn the puck over in bad places … We just dug ourselves another hole.”

The Islanders came out strong and dominated the first five minutes of the game. The home team was aggressive on the puck and skated with speed through the neutral zone to create several scoring chances. Adam Pelech gave the Islanders a 1-0 lead just 38 seconds into the game on a soft shot from just inside the blue line that Jets goalie Connor Hellebucyk had trouble locating.

The Isles had several chances to extend their lead when Ben Chiarot was called for slashing. The team’s first power play of the night was well executed and the Islanders nearly scored three different times. They failed to cash in, however and Hellebucyk seemed to regain his confidence after a shaky start.

After dominating the first five minutes of the game, the Isles seemed to take their foot off the gas pedal and the Jets gradually turned the tide and got back in the game.

Winnipeg’s Bryan Little evened the score at 9:22 when he put home the rebound of a shot that Nikolaj Ehlers clanked off the far post. The Islanders seemed surprised to see the game tied and started to allow the Jets more space in center ice.

Thomas Hickey took a bad hooking penalty with just 2:42 left in the opening period and the Jets made the Islanders pay when Little scored his second goal of the evening at 18:35 on a blast from the right circle. The power play goal gave the Jets a lead they never relinquished.

“We had our legs tonight, we were ready to go,” forward Anders Lee said. “They just got a couple of fortuitous bounces and we were chasing the rest of the game.”

Winnipeg added to their lead early in the second period when Mathieu Perreault beat Isles goalie Thomas Greiss on a shot from the left circle. The Islanders combined a bad change with poor positioning in their own zone on the play.

Throughout the second period, the Jets won the majority of the battles for loose pucks and kept the Isles on their heels. The Jets outshot the Isles 13-8 in the middle stanza while at times it seemed the Islanders had trouble getting out of their own way.

Adam Lowry scored on a second rebound at 11:31 to increase the Winnipeg lead to 4-1. Again it seemed the Jets were the first to control every loose puck and the Isles struggled to clear pucks out of their own end.

The Islanders made their expected push early in the third period and pulled to within 4-2 just 1:02 into the final period when Lee scored on a turnaround shot from between the circles.

While the Isles were able to create some pressure, they never put the puck past Hellebucyk a third time to make it a one-goal game. The Jets were able to play smart defensive hockey and emerged with a 4-2 victory.

“We looked a little bit like a tired team,” interim head coach Doug Weight admitted. “Mentally we looked like a team that practiced twice in the last 25 days … Our structure wasn’t good … We weren’t good enough to win. We played hard tonight, but we didn’t play smart.”

The Islanders loss coupled with the Maple Leafs 5-0 win over the Lightning took the Islanders out of the final wild card spot, one point behind Toronto. The Leafs also have a game in hand.

The Islanders return to action Saturday afternoon when they host the Columbus Blue Jackets at Barclays Center.

John Tavares finished the game with nine shots on goal. A total of seven Islanders skaters failed to register a shot on net in this contest.

The Islanders are now 1-19-8 this season when scoring fewer than three goals in a game.

After the game, Weight indicated that forward Casey Cizikas is getting close to returning.