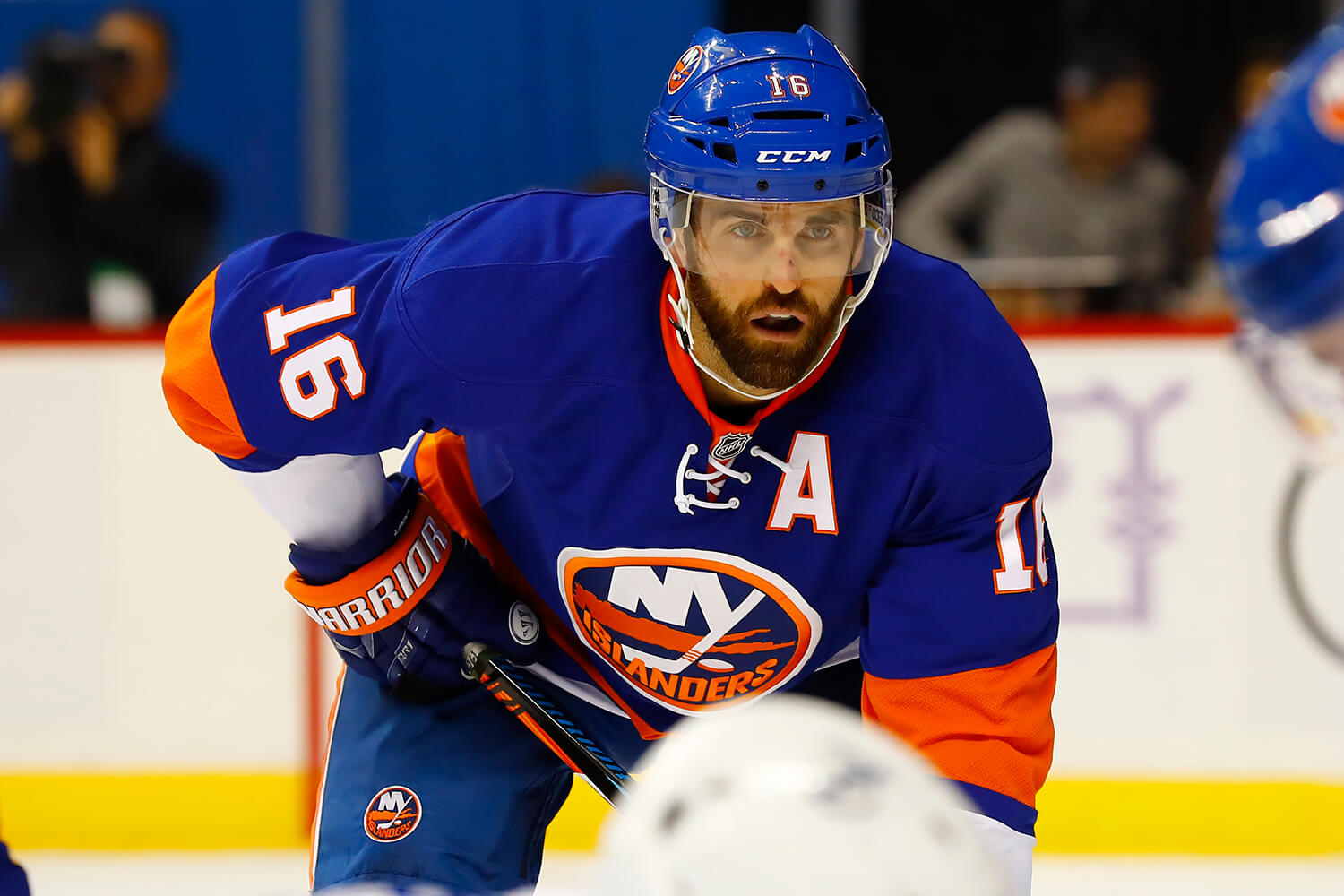 Islanders Play Their Best in 3-1 Win Over Canadiens

“It was a team effort. You can’t find me a guy that had a bad shift,” Weight said. “We played hard and we were playing fast.”

John Tavares and Nick Leddy each had a pair of assists in the game as the Islanders extended their points streak to six games (5-0-1) and improved their record to 4-0-1 under Weight.

Unlike in recent games, the Islanders came out strong from the beginning and jumped on Montreal right from the opening faceoff. The Isles took six of the first seven shots on goal in the game and outshot the Canadiens 14-4 in the opening period.

“We had our chances early,” Ladd said. “We put pucks at the net. We had a lot of opportunities but Price made some big saves. We just played a confident game from our end out and just kept pressing.”

The pressure finally paid off at 13:07 when Ladd beat Price through the five-hole on a shot from the circle. Defenseman Calvin de Haan made a good play to pinch in and keep the puck in the zone to set up the goal.

The Canadiens finally got on the board on a power-play goal with 5:51 left in the middle stanza. Shea Weber let go a blast from just inside the blue line that got past Greiss and tied the game at 1-1. Alexander Radulov was in front of the net to screen Greiss on the play.

The Islanders did not let the Montreal goal demoralize them and they continued to control the tempo of the game in the final five minutes of the second period. The two teams headed into the locker room at second intermission all even at 1-1.

Ladd stepped up again to break the tie when he potted his 10th goal of the season at 7:20 while the teams were skating four-on-four. Ladd took a pass from John Tavares and snapped the puck past Price high to the glove side. The Isles had a 2-1 lead.

Weight recognizes that Ladd is improving his game and he knows why. “He hasn’t been healthy for a while and finally Garth [Snow] said lets let him get healthy. It was a relief for him,” Weight said. “That was his best game as an Islander. It was impressive. That’s how he releases the puck. He was a presence and that’s what we got Andrew Ladd for. The time off helped.”

The Islanders continued to play well after taking the lead and cashed in on the power play with 4:47 left to clinch the win. Josh Bailey blasted the puck past Price and the Isles had a two-goal lead.

The Canadiens had a late power play and pulled Price for a six-on-four advantage, but the Isles penalty kill came up big and kept Montreal from getting back in the game.

The Islanders are now in the thick of the race for the final wild card spot in the Eastern Conference and head into the All-Star break with a renewed sense of confidence.

“We have a little extra belief and I think we see ourselves climbing the standings and making moves in the right way and it’s contagious,” Bailey said. “You can feel the energy throughout the team and we need to keep that going.”

The Islanders return to action Tuesday night after the All-Star break when the host the Washington Capitals.

Thomas Hickey was a late scratch with a lower-body injury. Scott Mayfield replaced Hickey in the lineup. Shane Prince and Stephen Gionta were healthy scratches for the Islanders.