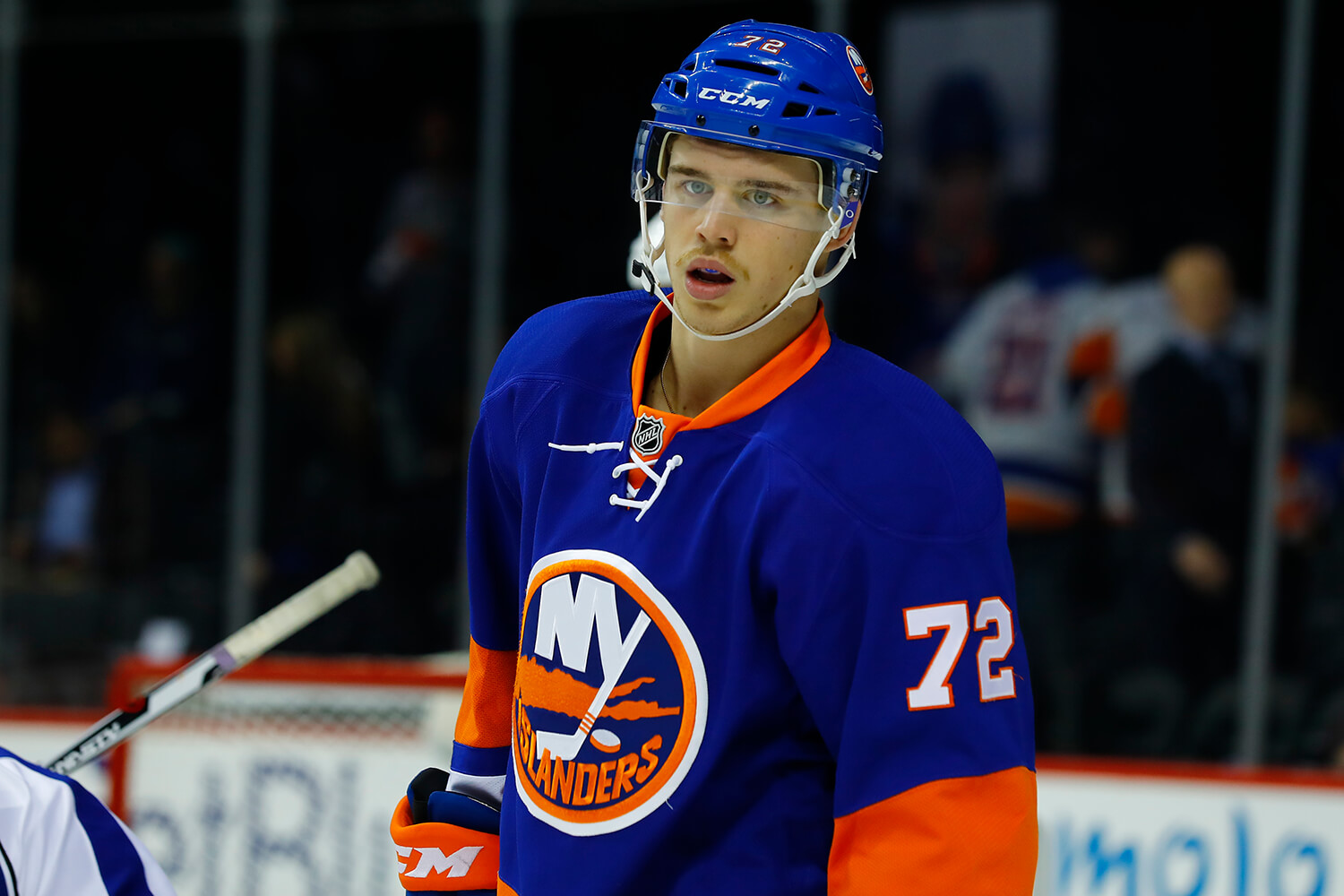 The New York Islanders locker room was not a happy place after the team’s 6-2 loss to the Ottawa Senators at Barclays Center Sunday night. There was plenty of frustration and angry but the players were still determined to look for ways to end the team’s five-game winless streak (0-4-1).

Captain John Tavares sat in front of his locker, head down and arms crossed. “There’s not much to say…We lost,” Tavares said softly. “That’s what matters. Break it down all you want.”

“We’ve got 51 games left,” Tavares continued. “There’s a long way to go and it would be tough to keep going through it like this. We’ve got to slowly build and climb our way of the spot we’re in.”

The spot the team is in is last place in the Eastern Conference and 13 points out of the last playoff spot just 31 games into the season.

The story was a familiar one for the Islanders tonight. Defensive breakdowns, poor special teams and a failure to play well in the third period sealed their fate. The Isles showed flashes, but again failed to play anything close to a full, 60-minute game.

The Senators controlled the tempo in the first period and led 2-0 on goals by Bobby Ryan and Zack Smith. They outshot the Isles 13-9 and led despite losing starting goalie Andrew Hammond to an injury late in the first period when he stretched awkwardly for a loose puck in his crease. Mike Condon replaced him and made 22 saves to earn the win.

The Islanders picked up their play in the second period and quickly got back in the game. Anders Lee scored on a wrist shot from the faceoff circle just 27 seconds into the period to full the Isles to within 2-1.

Then, a perfect stretch pass by Travis Hamonic sprang rookie Anthony Beauvillier on a breakaway and he beat Condon to tie the game at 2-2 with 5:53 left in the second period.

But familiar problems emerged and cost the Islanders the game. Thomas Hickey was called for hooking just 36 seconds after the tying goal. The Senators cashed in when Mark Stone banked a rebound off Hamonic’s skate and past Berube. It was the fifth straight game the Islanders allowed at least one power-play goal.

The Islanders nearly tied the game early in the third period on a hard shot by Tavares. The goal light went on but replays showed the puck hit the post and never crossed the goal line.

The Senators extended their lead 5:45 into the final stanza when Derick Brassard tapped home a hard rebound that bounced off the boards behind the net. Brassard was left unattended just outside the crease and scored to give Ottawa a 4-2 lead.

Empty-net goals by Smith and Tom Pyatt provided the final margin of victory for the Senators.

“We need to find a way and push. No one’s feeling sorry [for us],” Hamonic said. “All we have to do is keep pushing forward and get right back at it.”

Veteran defenseman Johnny Boychuk was also frustrated by the team’s lack of success this season. “We have to be better,” Boychuk said. “We have to play with some desperation. Every point at this point matters. We put ourselves in this position and we have to play every game like it’s a very important one because every point that we get will help our cause.”

Despite the dark atmosphere in the locker room, Isles head coach Jack Capuano knows his team isn’t giving up. “There’s a lot of fight in that room,” Capuano said. “When teams lose it, they quit and they don’t work and there’s no emotion. That hasn’t happened in this room.”

The Islanders return to action Tuesday night  when they travel to Boston to face the Bruins.

The Islanders have now been outscored 11-0 in the third period and overtime during the team’s recent five-game winless streak.

After the game, Capuano mentioned that center Casey Cizikas would be out “a couple of weeks.”