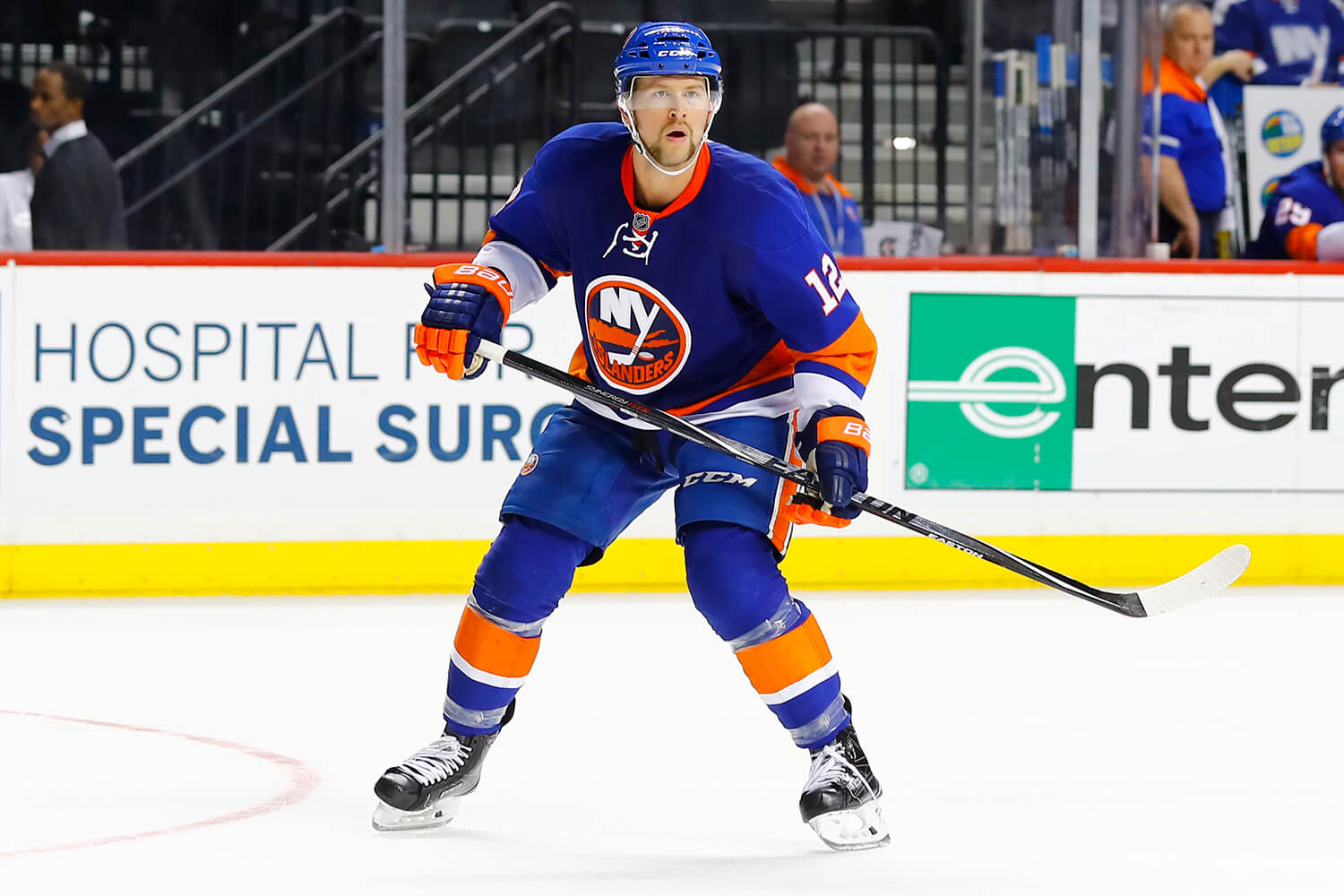 Ron Hainsey scored at 2:52 of overtime to lead the Carolina Hurricanes to a 5-4 win over the New York Islanders at Barclays Center Saturday night. The winning goal was largely made possible when Isles captain John Tavares broke his stick after the faceoff, giving the road team a big edge during three-on-three play. The loss left the Islanders with just one point out of four in a big weekend in which they faced two teams they are battling for the final playoff spot in the Eastern Conference.

“Losing is never good, we’re disappointed of course, but the way we’ve lost the the last couple of games, it’s not because we weren’t doing a lot of good things,” Isles captain John Tavares said. “We’ve just given up a few more point blank opportunities then we have the last couple of games than the prior few, but I still think we generated enough chances to win the hockey game.”

After a slow opening five minutes, both teams picked up the pace and played entertaining hockey for the rest of the evening. The Hurricanes drew first blood midway through the first period on a goal by Jaccob Slavin from the top of the circle. Isles backup J.F. Berube took a poor angle on the shot and Carolina led 1-0 at 9:53.

The Islanders tied the score 81 seconds later when Anders Lee deflected Dennis Seidenberg’s shot from the point past Cam Ward. It was Lee’s 18th goal of the season. The Minnesota native continues to be extremely effective setting up in the slot and disrupting opposing goalies down low.

The Islanders gained momentum after their goal and outshot the ‘Canes 14-1o in the first period. Strong play by Ward kept the game even at 1-1 after 20 minutes.

The early part of the second period featured some wide-open hockey as the teams combined to score three goals in a span of 2:01. First Casey Cizikas redirected a shot by Strome at 2:36 to briefly put the Islanders ahead 2-1. Hainsey tied the game just 21 seconds later when he was left unattended between the circles and had plenty of time to beat Berube. Then, Lee Stempniak cashed in on an odd-man rush when he lifted a shot high over Berube’s shoulder and the Hurricanes led 3-2 before the period was five minutes old.

The Hurricanes controlled the tempo early in the second period, but the Islanders turned the tables and gained momentum in the final 10 minutes of the period. The Islanders evened the game at 3-3 with exactly 1:00 left before intermission when Brock Nelson ripped a wrist shot past Ward.

But the Isles joy was short-lived. Berube allowed a juicy reboud and lost sight of the puck on a scramble in front of the net in the closing seconds of the period. Teuvo Teravainen poked the puck past Berube with 1.1 seconds left on the clock and Carolina headed into the dressing room with a 4-3 lead.

The Islanders responded and made a strong push right from the start of the third period. They outshot the ‘Canes 11-2 and evened the game at 4-4 on a power-play goal by Josh Bailey which came right off a faceoff. Bailey beat Ward from between the circles for his 10th goal of the season.

The Isles had a chance to win the game late in regulation when Sebastian Aho was called for delay of game with 48 seconds remaining but the Isles were unable to take advantage of the opportunity. The power play carried over into overtime, but Carolina’s top-ranked penalty kill was equal to the task.

Then came some bad luck off a faceoff in the Isles zone during three-on-three overtime. Tavares broke his stick off the faceoff and tried in vain to keep up with his player despite playing without a stick. Hainsey took advantage and beat Berube for the deciding goal.

“I kind of felt slow a little bit tonight,” admitted Berube who appeared in just his seventh game all season. “I tried to keep battling. It’s hard when you don’t face many shots and then they come into the zone and they’re buzzing…I wasn’t sharp.”

Despite the loss, the Islanders remain optimistic that they are playing well. “We did some good things but we weren’t tight enough defensively,” Ryan Strome said. “We got a good thing going here and we’ve got to keep in going. We’ve got to stay positive and we have to do a little bit better than that.”

The Islanders return to action Monday night when they host the Toronto Maple Leafs at the Barclays Center.

Cal Clutterbuck was out with an injury for the Islanders and was replaced by Shane Prince. Brian Gionta and Scott Mayfield were healthy scratches for the Isles.

The Islanders honored Jason Chimera with a ceremony before the game to honor his 1,000th career NHL game.

Every Islanders starter had at least one shot on goal in the game.

The Hurricanes were credited with 24 blocked shots. Five different players had three each to tie for the team lead.