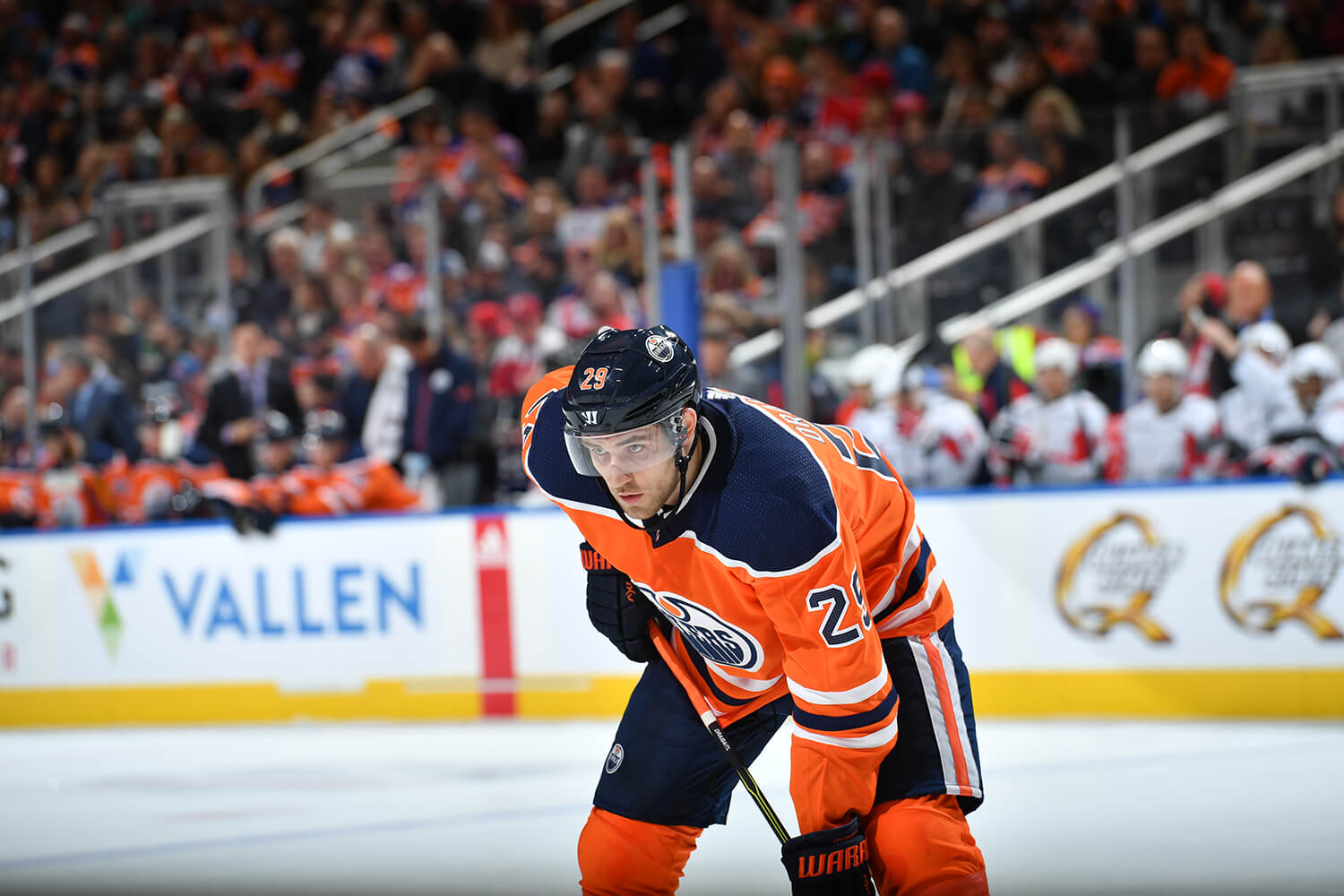 Draisaitl, pictured playing for the Oilers.

Is The Modern Day Kariya-Selanne Right Under Our Nose?

Paul Kariya and Teemu Selanne, the Hockey Hall of Fame’s newest inductees and its resident bro’s, came together following a 1996 trade that sent Selanne, then 25, from Winnipeg to Anaheim. Already dubbed “Finnish Flash,” he was just three years removed from a 76-goal rookie season. Kariya, then 20, was the face of a third-year expansion club. He was coming off a lockout-shortened rookie season where he scored 39 points in 47 games. They were skilled, fast and eventually their off-ice chemistry would rival their chemistry on-ice.

It was 39 seconds into the second period at home versus Boston on Feb. 21 when the two first set each other up–Kariya from Selanne. That be written many times in NHL box scores, often flipping the scorer and disher. They’d set each other up for parts of six seasons in Anaheim before financial constraints on the club forced them to trade Selanne to San Jose in 2001.

They’d reunite when in 2003 as free agents, they signed with Colorado (before LeBron and company made that sort of thing cool). It would last just one season. Kariya would go on to play five more seasons between Nashville and St. Louis. Selanne meanwhile, returned to Anaheim, where he’d play for almost nine seasons, winning a Stanley Cup in 2007.

Kariya, now 43, saw his only shot at a cup crushed by the Devils in 2003, when he captained the ‘Ducks to game 7 before ultimately falling 3-0. Though perhaps the most memorable moment of the Final came in game 6 when New Jersey defenseman, Scott Stevens’ open-ice hit left Kariya motionless for several seconds. Miraculously (though maybe a better word might be idiotically), he returned that period to score the goal that made it 4-1 en route to a 5-2 victory. The concussion sustained in that series was one of many during his career, which was ultimately cut short as result–forcing him to retire in 2010 at the age of 34.

Since then, Kariya has largely been removed from the game. He did not attend the jersey retirement for his friend and former teammate in 2015. I guess that’s what made Monday night and the days leading to their induction something special, one more hockey-based reunion. Though for all the laughs, jokes about Paul’s height and both using their speeches to thank the other, it was also a reminder of what got them to this point. At a time in which size and defense were paramount, it was supreme skill and speed that made both players worth celebrating.

One can only wonder what a three-on-three overtime featuring the two (and perhaps Steve Rucchin down the middle) might have looked like. Last week offered a preview of sorts, a Canadian-European duo that’s on-ice chemistry is off the chart.

It took just 38 seconds for the Oilers to defeat the Islanders last Tuesday. After trading two goals in the second period for the game’s only regulation scoring, it was time for what has become the finest program in hockey TV: ‘Three-on-three with Connor McDavid.’ And it didn’t disappoint as McDavid raced up the ice, dropped the puck to Leon Draisaitl just above the blue line and then was on the receiving end of Draisaitl’s backhand pass before having time and space to shoot on Thomas Greiss.

Two nights later in Newark, another 60-plus game, another opportunity for the duo. With the Devils caught on the ice for an extended overtime shift, the fresh legs of McDavid sped up along the side to bring the puck to the net before a streaking Draisaitl found himself partially alone with time and space–not that he needed much of either beating a sprawled-out Cory Schneider for back-to-back overtime victories and perhaps solidifying themselves as THE most dynamic duo in the NHL.

“It’s just kind of how the play worked out,” McDavid said about the virtual identical play on Thursday. “We’ve played a lot in the overtime. That’s the way we like it. We’ve been out there a few times and where a minute in a half or two-minute shifts and we’ve scored at the end of it. We’re  both guys that can play long minutes and long shifts, especially in overtime.”

This time, it’s McDavid who finds Draisaitl for the OT winner pic.twitter.com/6zv77XzUM0

Though both players are natural centers, head coach, Todd McLellan has kept the two as linemates for much of the season. Already, Draisaitl has contributed on five of McDavid’s seven goals on the season. McDavis has the primary assist on four of Draisaitl’s five goals this year. A modern day Paul and Teemu? Just maybe.

“We feed off each other and we try and read the play,” he said. “He’s so good at finding people, you just have to bear down and be ready for the puck.”

There’s no ‘Finnish Flash,’ after all, Draisaitl is German and played his amateur hockey in Canada. And McDavid, an Ontario kid, went the Canadian junior route over college. Fresh off signing long-term contract extensions this summer, the duo should have many nights of tormenting teams (and goaltenders) with their speed and nose for the net. They’ll also have time to write their own chapter in hockey and perhaps they, too, will become a legendary one-two punch.