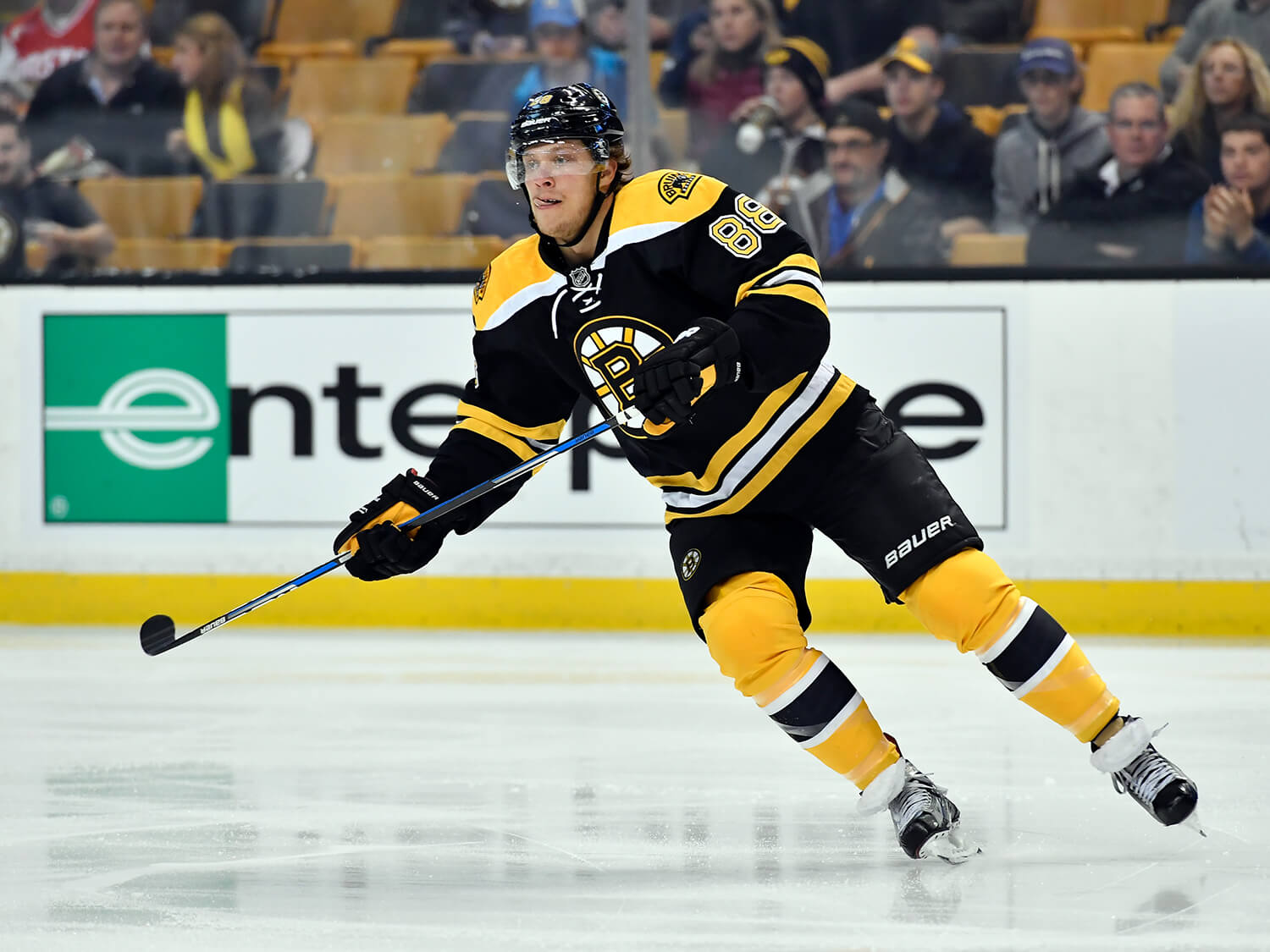 No, David Pastrnak will not be joining the Los Angeles Kings. However, with the early-season performance that the third-year winger has put together, he could very well be playing in the building where the Kings host their competition later on this winter.

The 2017 NHL All-Star Game will be held on Sunday, January 29 at the Staples Center in Los Angeles. By the time that game rolls around, we could have several members of the Black and Gold firmly representing the city of Boston. As for Pastrnak, he is making his case for a spot among the field of All-Stars for this season.

Through 14 games this season, the 20-year-old forward has posted 10 goals, which ranks him tied for second in the league. He joins Mark Scheifele (WPG), Michael Grabner (NYR), and get this…Sidney Crosby (PIT) in a convoluted race for goal supremacy near the top of the league. Although this is completely hypothetical at this point, but Pastrnak’s goal total could be higher than what it is if it were not for the two-game suspension he served a number of weeks ago.

Presently, the Boston Bruins just completed a grueling stretch of five games in seven days spread across four different cities. The Bruins went 4-1-0 during that span, in which Pastrnak compiled three goals and an assist.

After being plagued by injuries and lack of ice time during his first two years in the league, where he had never produced more than 15 goals or 27 points in each of his first two seasons, Pastrnak has taking his game to the next level. This is the necessary process for a player as skilled as himself to take that next step. Once the Bruins lost Loui Eriksson via free agency, the door opened for Pastrnak to secure that right wing spot on the top line.

Well, there is no question that he has answered the call.

Not only has he solidified the B’s top line—along with Patrice Bergeron and Brad Marchand—as one of the most prolific trios in the NHL, he has done so in spite of the defensive system put in place by head coach Claude Julien here in Boston.

There is little doubt that he had to work on certain aspects of his game, but Pastrnak has relished the opportunity to become a better player in all three zones. The most impressive part of his improved skill set is that he managed to tweak his game into becoming a well-rounded player without experiencing a drop off from an offensive perspective.

Rather than spend his summer in the Czech Republic, as he’d done the year before without the strength and conditioning gains needed in the NHL, Pastrnak spent roughly five weeks in Boston working out with his teammates and the B’s strength and conditioning staff. As a result, he no longer will get brushed off the puck and he is now willing to engage in more positioning battles. The simple eye test alone will show his increased size and strength out on the ice.

Most important, Pastrnak has earned the confidence from Julien to put him out there for all game situations. That includes increased time on the power play as well as late shifts where the game is on the line.

All of these qualities are possessed by some of the best players in the entire league. Pastrnak has made an early case to be represented with the elite of the elite.

All-Star selection for Pastrnak? It is not out of the realm of possibility if he continues this trajectory. In fact, it looks likely at this point in the season.