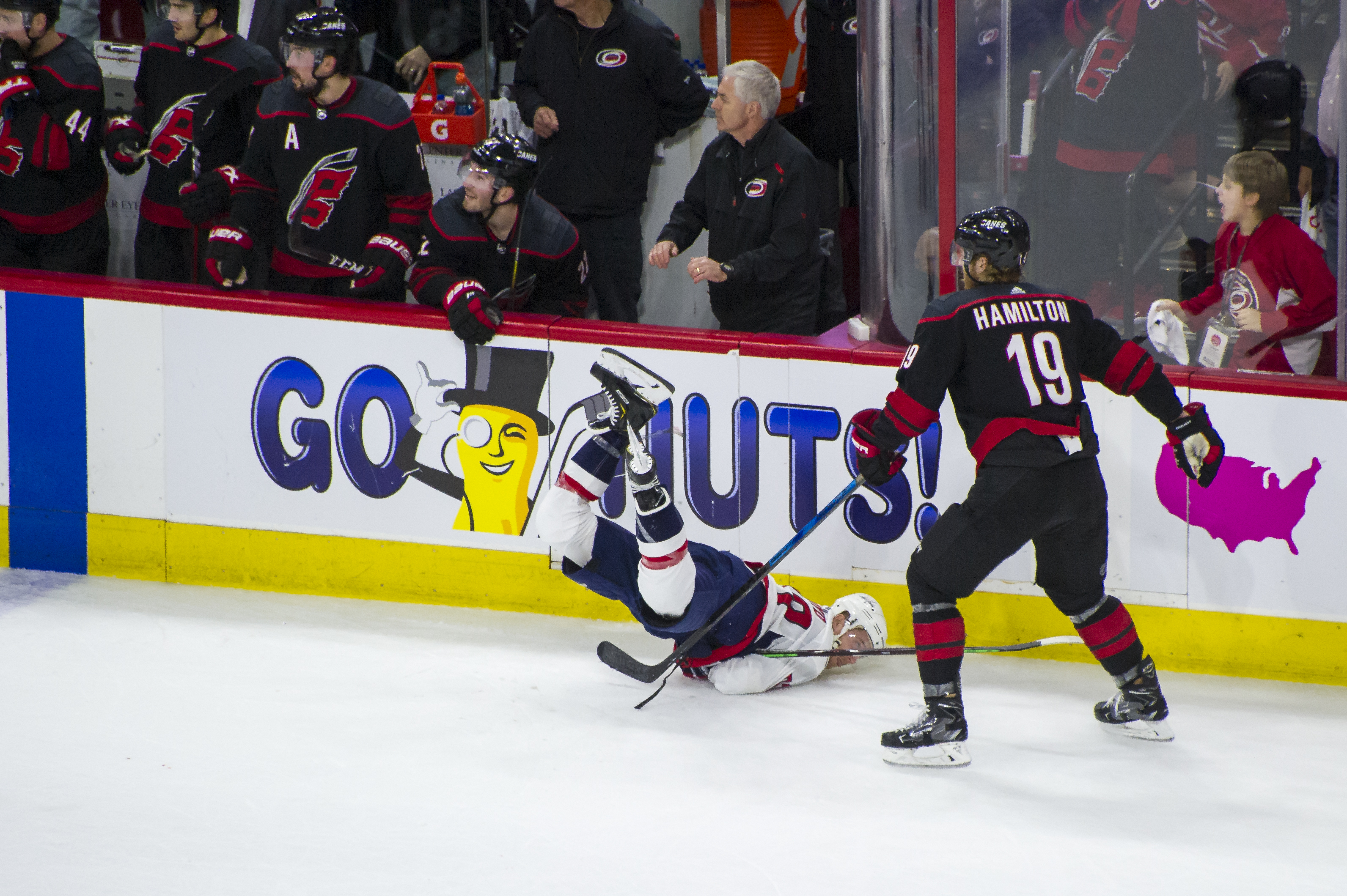 If you’ve watched any of the the Carolina Hurricanes and Washington Capitals series in the first round of the Stanley Cup Playoffs, you know it’s been a physical series. The Hurricanes have out-hit the Capitals in three of the four games and the fewest combined hits in any of the four games is 56. You’ll also know that in game two, Andrei Svechnikov made a questionable decision to challenge Capitals’ star and captain, Alex Ovechkin, to drop the gloves; the fourth fight of Ovechkin’s career and a rather quick one at that as he knocked the young Hurricanes forward out in a matter of seconds.

With this much physicality, injuries are bound to happen. The aforementioned fight sent Andrei Svechnikov, who is doubtful for game five, into concussion protocol. Hurricanes forward Michael Ferland, who has prolonged an injury from earlier in the season, is out with an upper-body injury. Ferland, who was issued a match penalty in game two of the series, was able to play in game three after the NHL rescinded the suspension; however, Ferland had to leave the ice in the first period and did not return at all in game three and was forced to miss game four. With Svechnikov and Ferland out of the lineup, Saku Maenalanen was given the green light and the Charlotte Checkers’ captain, Patrick Brown, was called up to fill the lineup. One positive note for the Hurricanes, Calvin de Haan, who has missed some time recently due to an upper-body injury did return to lineup and played a phenomenal game finishing with 12:21 time on ice. Still, game four added more questions to the table.

Carolina Hurricanes’ forward, Jordan Martinook, was injured on a funky played while trying to check Washington Capitals defenseman, Dmitry Orlov. Martinook appeared to have injured his right knee and could not put any pressure on it when leaving the ice surface. He did return to the game for one shift but looked rather shaky. The Hurricanes later announced that he would not be returning to the game. Later in the game, Warren Foegele gave TJ Oshie a slight shove from behind, what some would argue was a cross-check, that sent Oshie hard into the boards. Oshie, who appeared to grab his shoulder immediately after the collision, left the ice surface under his own power but did not return for the remainder of the game. Washington Capitals head coach, Tom Rierden, told media after that Oshie “won’t be playing anytime soon.”

With these injuries, each team was forced to call up an additional skater. The Carolina Hurricanes called up Aleksi Saarela, 22, from the Charlotte Checkers. Saarela has 30 goals and 24 assists in 69 games with the Checkers this season. Saarela, who has never played an NHL game, would be the first player in Whalers/Hurricanes’ history to play in an NHL playoff games before making a regular season debut (per Canes PR). The Washington Capitals called up Devonte Smith-Pelly from the Hershey Bears. Smith-Pelly registered 4 goals and 4 assists in 54 games with Capitals this season, and has registered 6 goals and 8 assists in 20 games with the Hershey Bears this season. Smith-Pelly was a crucial piece to the Capitals winning the Stanley Cup last season as he scored the series clinching goal against the Columbus Blue Jackets and went on to score three goals in the Stanley Cup Finals against the Vegas Golden Knights.

One of the greatest things about the playoffs is watching teams deal with and overcome adversity. With the series tied a two games, the team that responds better to adversity will be the one who comes out on top. The Washington Capitals may have bigger shoes to fill losing TJ Oshie, but each team has lost some key pieces to their lineups.