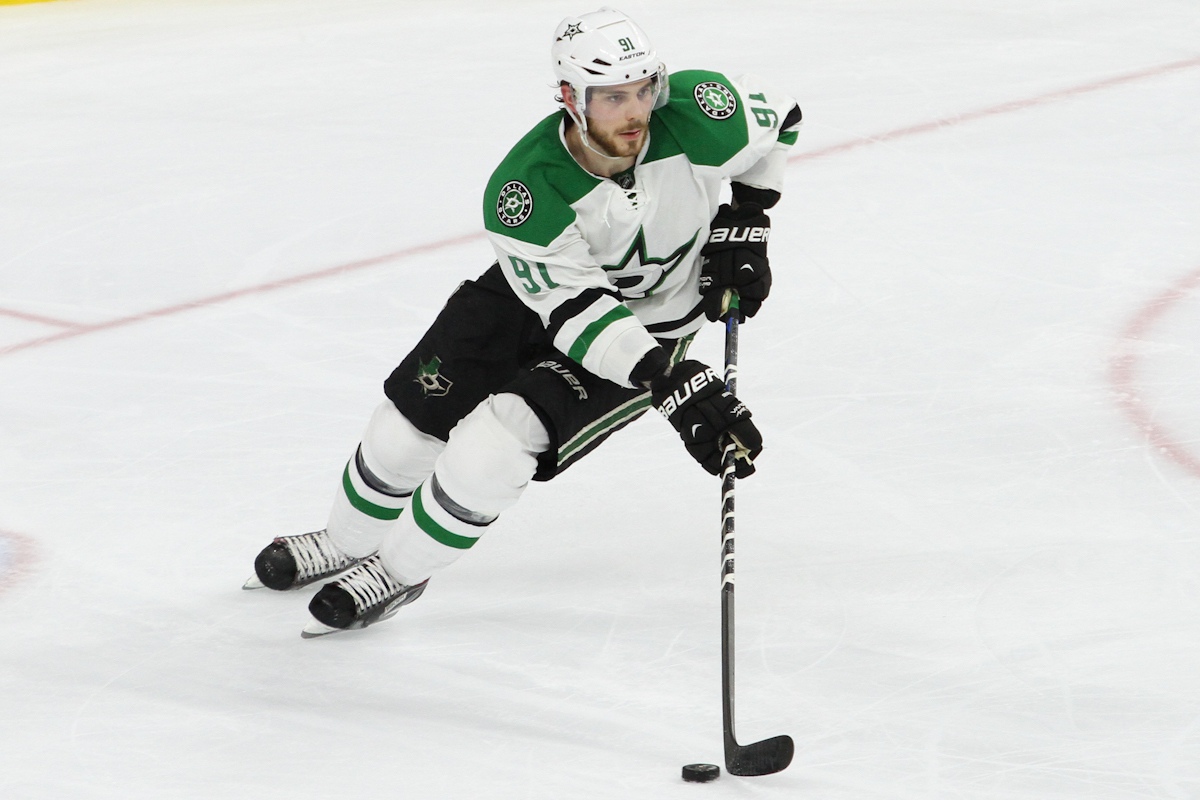 The regular season has become an up and down, inconsistent jumble for the Dallas Stars. One night after equaling a season high for goals in a 6-4 gut check of a victory that snapped a three-game losing streak, the Stars were unable to solve Anaheim goalie John Gibson and lost 2-0 in Anaheim.

The Stars (17-17-8), who remained two points behind the Kings for the final Western Conference playoff spot, once again failed to post consecutive wins. Dallas has turned the trick only twice this season —  two straight Nov. 10-11 (at Calgary and at Edmonton, respectively) and three in a row Dec. 23, 27 and 29 (vs. the Kings, Coyotes and Avalanche, respectively).

“The guys worked hard. It was a tough back-to-back,” said Stars coach Lindy Ruff after Dallas lost for the fourth time in its last five games. “The game (Monday) night was a tough game and tonight we were right there to at least tie the game (late in the third period).”

Trailing 1-0 heading into the third period, Dallas launched 16 shots on goal but were unable to beat Duck deflector Gibson. Anaheim added an insurance goal by Andrew Cogliano with 5:18 remaining.

“Scoring chances both ways were pretty low tonight. I think both teams played a pretty tight game,” said Stars center Jason Spezza. “When you’re on a back-to-back, the special teams decide it, and we didn’t get a power-play goal, and they did.

“We had some looks to tie the game up,” Spezza added. “We created some chances, but it was a low scoring game, we knew that coming into the game it was going to be like that. They weren’t going to give us much off the rush. That power-play goal forced us to open the game up a little bit. I think that’s when they scored the last one.”

Anaheim broke a scoreless tie when Jakob Silfverberg converted the rebound of a Corey Perry shot at 14:33 of the second period, the ninth power play goal the Stars have allowed in their last five games. “(Their first goal) tonight was another one where I thought we could have got to that one,” Ruff said. “It was a little bit of a misread (on our part), we gave them inside room, and they got the bounce they needed.”

Goalie Antti Niemi made 36 saves in one of his more spectacular performances. “I’m happy about my own game,”Niemi said. “You don’t like to give up those goals, but not playing a full game for a while, I have to feel pretty good. I felt like I can make a lot of saves. I felt good overall.”

Dallas finished the game with only 16 skaters after defenseman Jamie Oleksiak left early in the second period with an upper-body injury. He may be out of the lineup for a while. Forward Patrick Eaves left the game in the third period after getting checked into a partially open door along the Stars bench, but he should be ready to go when Dallas hosts Detroit on Thursday night.

The Stars, who began the three-game road trip with a tough 4-3 loss in St. Louis on Saturday, rebounded nicely against the Kings. After relinquishing a two goal lead in the third period, forward Jiri Hudler scored with 12:16 left to make it 5-4 and cap off a furious seven-goal explosion by both teams within a 13-minute span late in the middle and early in the third period. Patrick Sharp added an empty netter in the final minute to go with two assists, while Hudler, Tyler Seguin and Devin Share each had a goal and a helper. Forward Brett Ritchie and Oleksiak also scored for Dallas.

”You don’t expect to score six against Los Angeles,” Sharp said. ”I thought we had a good second period and a wild finish. You never expect to win a game on the road like that against a team like that.”

”Nobody would have anticipated 10 goals between these two teams right now,” Ruff said. “(But) I was frustrated we didn’t score more goals with the opportunities we had. I think we deserved to win.”

Drew Doughty’s tying goal at 5:18 of the third stanza on a power play early in the third period chased goalie Kari Lehtonen in favor of Niemi. Lehtonen made 17 saves while Niemi finished with one stop.