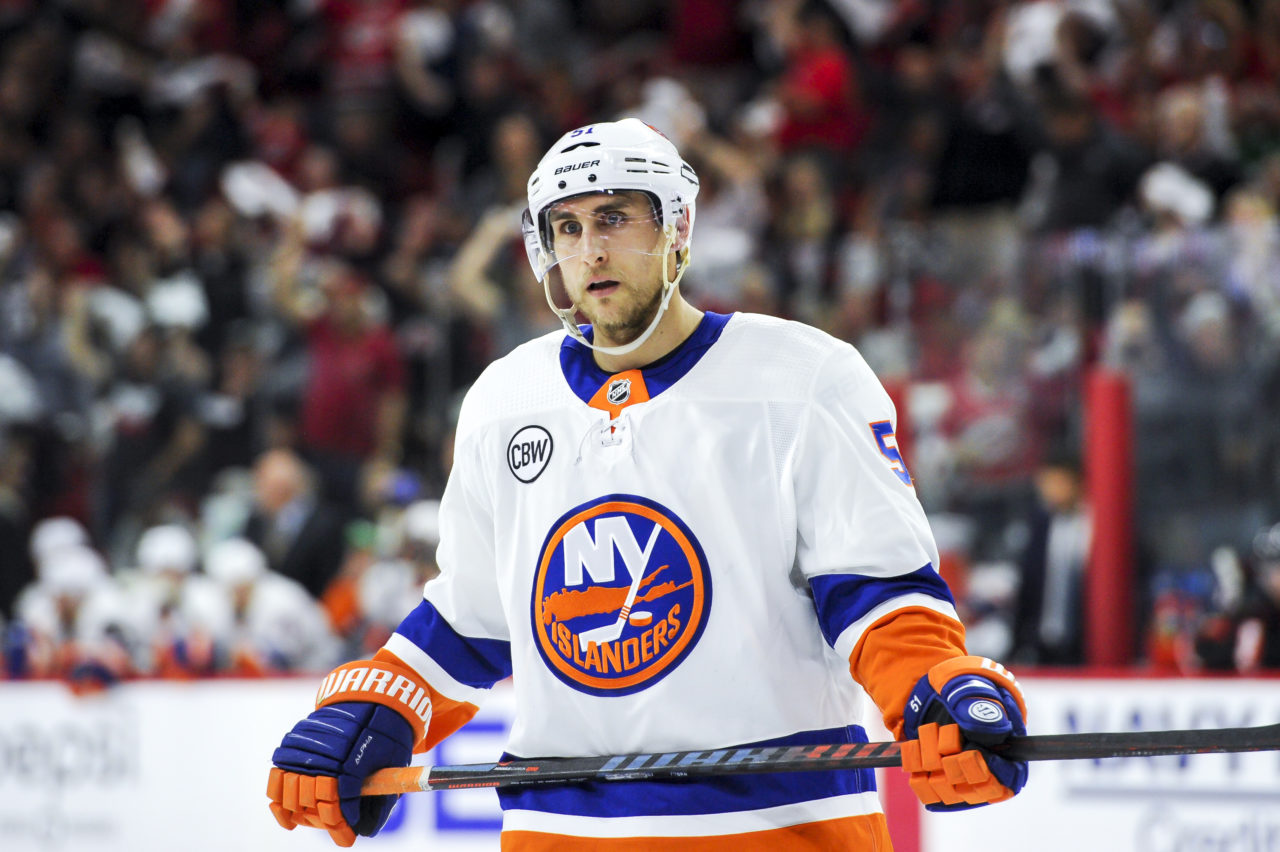 during the first period of game three in the second round of the NHL playoffs between the New York Islanders and the Carolina Hurricanes.

The New York Islanders visited the Carolina Hurricanes Wednesday night for the first time since the opening game of the season. This time though, there were a few more stakes on the line. The Islanders went to Raleigh after dropping their first two games of the second round series at Barclay’s Center, looking to take a game and get back in the series; instead, the Hurricanes won the game 5-2.

Unlike the first two games in the series, there were more than three goals scored. In fact, there were more goals scored in Game Three than the first two games combined. It was also the first game that saw no injuries, although the game did feature a few questionable hits from both sides; but hey, that’s playoff hockey, right? In the end, the Hurricanes did what they had to and the Islanders not so much. Based on the play in Game Three, the Hurricanes are the far better team. The Hurricanes had the edge in Game One and the Islanders had the edge in Game Two, but the Hurricanes showed their dominance on home ice in what was otherwise a close game according to the scoresheet if you disregard the two empty-net goals late in the game. Right now, the one area the Hurricanes are really struggling is special teams. So far, it has not affected them, but in the long run the power play and penalty kill can make or break a team in the Stanley Cup Playoffs. The Islanders looked really good on the power play last night and made it really difficult for the Hurricanes to get the puck out of the zone when trying to kill the penalty.

At this rate, this series could very well be over Friday. If the Islanders do not find a way to score, it is highly unlikely they will win with only two goals. So far the series goal tally stands at 8-3 in favor of the Hurricanes who also own a 3-0 series lead after the win.

Game notes: Andrei Svechnikov made his return after missing two weeks while in concussion protocol, Curtis McElhinney set the NHL record for the oldest goaltender to get his first career start in an NHL Stanley Cup Playoff game, and PNC Arena was recorded at 124.1 decibels after the fourth goal in the game; the loudest mark of the playoffs for any team thus far.