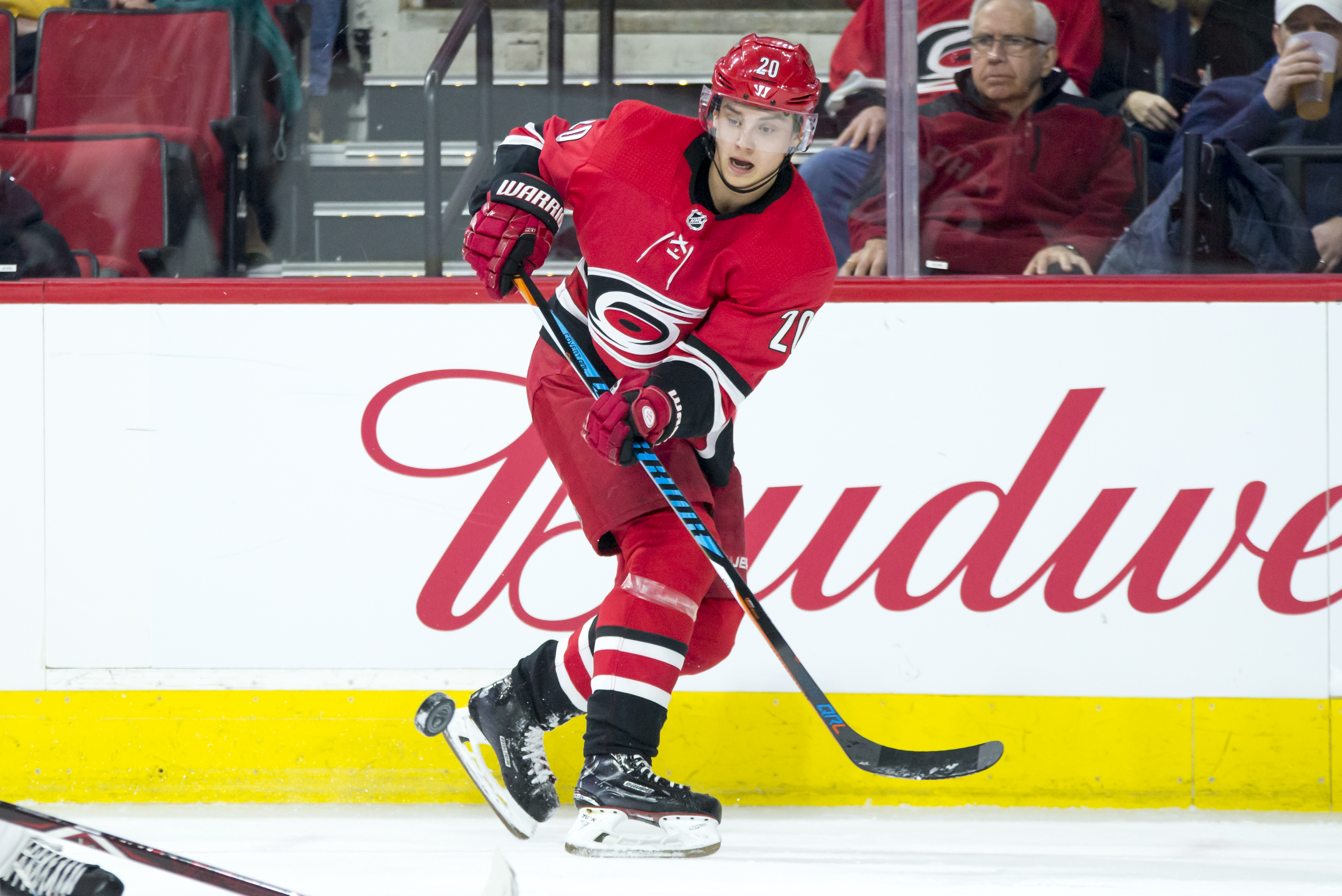 The Carolina Hurricanes have made many exciting moves in their offseason, and things are looking up for Raleigh’s club. Offseason additions were highlighted by Carolina signing Stanley Cup Champion Rod Brind’Amour to a three year deal as their new head coach and adding Don Waddell as their full time GM. Many questions have been brought up after the hiring’s due to issues on both sides of the ice.

The Hurricanes struck gold when they drew the second overall pick in the 2018 NHL draft lottery, while projected for the 11th spot. The Canes did not need to think much about who they were going to choose from the second spot, when the top ranked prospect coming into 2018 fell into their lap. Andrei Svechnikov, the 18 year old phenom, a scoring machine almost averaging a goal per game in a shorten 44 game season due to a broken hand, with the Barrie Colts from the OHL. He is also widely considered the best forward of the 2018 draft class and seems to be exactly what the Canes need for their struggling offense. The Canes also now have the sure star for at least 3 years under his entry level deal worth $832,500 with a signing bonus of $277,500. The Canes think he will be the future of their club along with his co star Sebastian Aho.

The Hurricanes also made moves in free agency and one trade by making a blockbuster trade with the Calgary Flames, which sent restricted free agents Noah Hanifin and Elias Lindholm to the Flames in return for Dougie Hamilton, Micheal Ferland, and prospect Adam Fox. This trade allowed the Hurricanes to avoid signing Hanifin and Lindholm to long term deals giving them more flexibility. This also added a top defenseman on the ice for the Canes in Hamilton, which brought much needed muscle to the second defensive pairing. The Canes continued adding to their defense by signing former New York Islander Calvin De Haan to a four year deal worth $18.2 million and Trevor van Riemsdyk agreeing to a two year deal worth $4.6 million. These moves have helped strengthen the defense for the upcoming season.

More signings would include forward Phil Di Giueseppe resigning for a one year deal worth $750,000. Giueseppe had played strong in the games of the 2017-2108 season, racking up nine out of his 13 points all year in his last nine games. Forward Valentin Zykov would also sign a 2 year deal worth over $1,000,000. Zykov last season playing for the Charlotter Checkers, led the AHL in power-play goals and shooting percentage. Lucas Wallmark would round out the resigning’s for the Canes with a new two year deal worth $1,350,000.

The Hurricane’s question mark is now if they can produce a playoff berth with there new looking squad. They have not made the Stanley Cup Playoffs for nine seasons. Time will tell if they will be able to change the culture in Raleigh but for now, it looks brighter than ever.