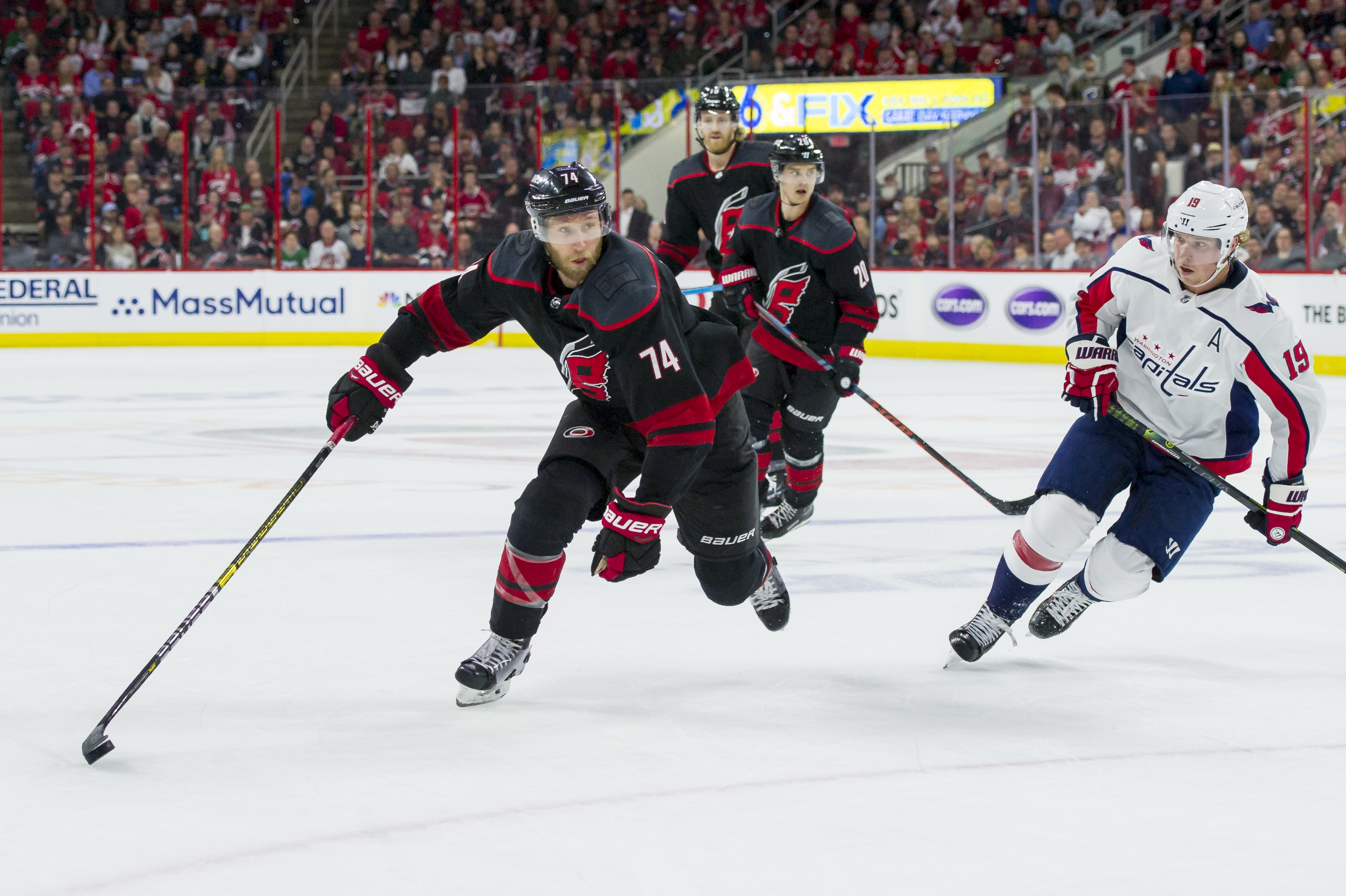 Hurricanes Look to Even Series in Game Four

After getting off to a slow start in the first two games of the series, the Hurricanes bounced back and took Game Three by storm. So far, the Hurricanes have dominated the series in 5-on-5 hockey, and quite frankly they have even halted the Capitals’ power play as of late. The Capitals were 0-for-4 on the power play in Game Three, and much of that is due to limiting the pass to Ovechkin outside of the faceoff dot. By the numbers, the ‘Canes absolutely dominated. While they outplayed Washington for most of the first two games, they did make costly mistakes that inevitably led to the Capitals winning game one and stealing Game Two. Game Three was a different story. The Hurricanes outshot the Capitals 45-18 and outhit the Capitals 52-34, leading to a huge 5-0 shutout of the offensively-gifted Caps. If the Hurricanes want the same outcome tonight, here is what needs to happen.

Three Keys to the Game

1. Transition defense. The Washington Capitals are a great offensive team. If you’ve followed the Hurricanes you’ll know that they are one of the best defensive teams. So far this series, the Hurricanes’ defense has been a brick wall on defense, and there is really only one area for improvement, it’s the transition game. In Game One, the Hurricanes really struggled getting back on defense and gave up three breakaways. Mrazek stopped all of them, but he cannot be expected to bail them out every time. The one goal that was scored in transition was Backstrom’s, on the first goal of the game; it was the goal that set the tone and got the game rolling. Since Game One, there has been improvement in this area, and if the Hurricanes want to stop the Caps, slowing them down is the best way to do it.

2. Play Fast and Physical. The Hurricanes are an interesting bunch. They are loaded with a few very fast players, a few big players, and a few guys whose only job is to play physically. This gives them an interesting mix come playoff time. The reason the Hurricanes had much success in Game Three, aside from the energy provided from the fans inside PNC Arena, was their advantage in the hit category. On paper, the Capitals have a much better roster to play physical with players like Alex Ovechkin, Tom Wilson, and Brooks Orpik getting lots of ice time. In game three, the Hurricanes were able to out-hit the Capitals by 18. Getting out-hit like that is likely to wear a team down over the course of a series and if the Hurricanes grinders, Brock McGinn, Jordan Martinook, and Warren Foegele can keep up the pressure, it will open up space for players like Teuvo Teravainen and Sebastian Aho.

3. Thrive on the Energy in PNC Arena. The energy in PNC Arena is something special. NBA playoffs, NFL playoffs, and even other NHL playoff atmosphere’s don’t compare (looking at you DC) to the experience of PNC Arena. PNC Arena can be dead throughout the season, often times having as many opposing fans as Canes fans at the game. The latter was not the case in game three. With the fan ratio somewhere around 100:1 it was loud and energetic throughout the game. Most fans were standing from the second period to the end of the game and the team was feeding off of it. Furthermore, not only does the energy electrify the Hurricanes, it also plays into the intimidation of the visiting Washington Capitals. With game four likely being the most important game of the series thus far, it is crucial that fans are into the game and send the eye of the storm straight for the Capitals.

Saku Maenalanen and Patrick Brown (called up from AHL Charlotte) are projected to be in the lineup in place of Svechnikov and Ferland.

*lineup is subject to change prior to the game