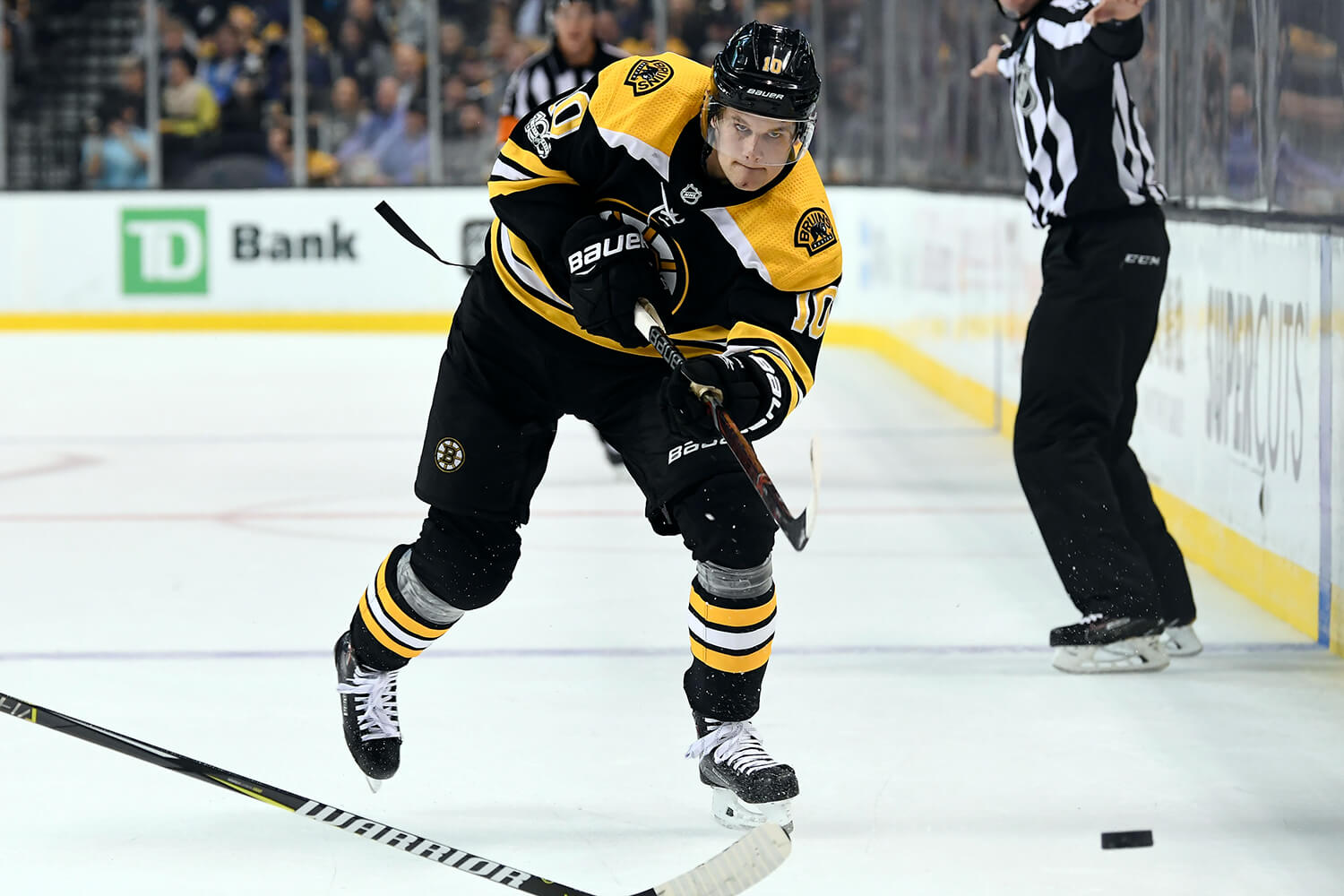 How Will The Forward Lines Shake Out For The Bruins?

The Atlantic Division could be one of the most competitive divisions in the entire National Hockey League this coming season. With the Toronto Maple Leafs acquiring John Tavares in the offseason and the Tampa Bay Lightning continuing to roll out a juggernaut onto the ice, the Boston Bruins will certainly have their work cut out for them. Since the Ottawa Senators and Montreal Canadiens are in total rebuild mode, it truly will be a three-horse race for the top spot in the division.

In order for the Bruins to have a shot to take that next step this year, they need to secure some depth and solidify the forward group. Balance scoring will not only take the pressure off the top line of Brad Marchand-Patrice Bergeron-David Pastrnak, but it will create defensive mismatches for the opposing team.

The problem now becomes finding the right balance and plugging in the right pieces, a feat that is easier said than done.

This tall task comes from Bruins head coach Bruce Cassidy identifying the young forwards that will mesh well with the savvy veterans to create that balance. Even though the season ended in the second round of the Stanley Cup playoffs last year for the Bruins, the glass-half-full mentality was that the team started to build a new, young core for the future.

Anders Bjork, arguably the most hyped rookie winger heading into last season, made a splash immediately out of training camp. He secured a spot on the top line just prior to opening night, playing on the right side. However, a severe concussion and an unfortunate shoulder injury limited the 22-year-old to just 30 games in his rookie year in which he notched four goals and 12 points.

Bjork was quoted earlier this summer as having worked on his upper body in order to improve his shooting and his ability to win puck battles along the boards. It seems that Bjork is fully healthy this year and ready to take his top-six role back. His ability to play both right and left wing is huge and his versatility will pack a scoring punch regardless of the side he plays on.

Assuming that Bjork is fully healthy and has improved during the offseason, he could very well be penciled in with Bergeron and Marchand while Pastrnak can fill out a great second line with David Krejci and Jake DeBrusk.

Now, once Ryan Donato made his much-anticipated debut with the Bruins last year, he outshined all of the other rookies to don the Black and Gold. He skated in his first NHL game against the Columbus Blue Jackets on March 19 and proceeded to net his first-career goal to go along with two assists on that night. Even though he only played in 15 games last season, he has the size and speed to play anywhere in the lineup.

Donato, who can also play on the off wing, would balance out a nice checking line with David Backes and Sean Kuraly…..hypothetically, of course. The Bruins still have an open competition for that third-line center spot.

We also cannot forget about Danton Heinen. He proved to be one of the best rookie forwards in the entire NHL last season as he recorded 16 goals and 47 points in 77 games.  He has already skated in preseason action this year with Krejci and was responsible for the lone goal scored in the shootout of a 2-1 victory for the B’s over the Washington Capitals. With his scoring touch mixed with his ability to win puck battles along the forecheck, he can literally be placed anywhere in the lineup on any given night.

Unfortunately, it looks like Zach Senyshyn might be the odd man out. Drafted 15th overall by Boston in 2015, the highly-touted winger has incredible speed and is immensely intelligent. Even though he recorded back-to-back 40-goal seasons while playing in juniors, it might not be enough to make this roster.

Senyshyn will have to change his skillset and become more of a physical player to crack the lineup. His best shot will be to become a role player or a healthy scratch used for depth.

A lot can change between now and the season opener on October 3. In the meantime, the Bruins have internal options to fill some voids. Let’s just hope that will be good enough to contend for the Stanley Cup this year.