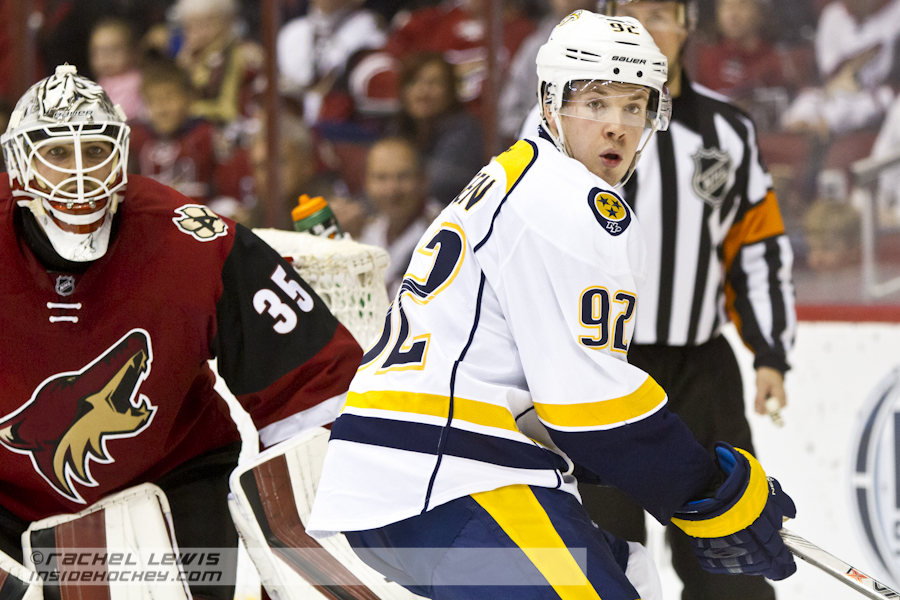 How They Got Here: Western Conference

With the Stanley Cup Finals due to begin in roughly a week, all eyes are on the main event as one of Anaheim, Nashville, Ottawa or Pittsburgh will conclude the season with the elusive 16th win in the postseason.

For the 30 teams that fall short, the opportunity to achieve the feat is just around the corner. No rest for the wicked in hockey, where attention will shift to the offseason that will uniquely kick off with an expansion draft for the Vegas Golden Knights’ inaugural season.  Following that will be the NHL Entry Draft and if there’s one thing an expansion club can do to expedite its building process, it’s draft often and draft well. Don’t believe it, consider the four remaining hopeful’s and how they’ve been constructed.

As greater emphasis has been placed on youth and the salary cap has made it increasingly difficult to build on the fly, drafting has become an essential tool for all teams despite market size. While the idea of tanking has become synonymous with the draft, the four remaining teams are living proof of the many ways a team can propel itself to the final stretch of the postseason.

How They Got Here: Anaheim

Anaheim, who presently trails the Predators 3-2 in the Western Conference Finals, is in do-or-die territory. For the Ducks, who are playing in their second conference final in the last three seasons, they have remained a consistent contender thanks in part to drafting well and drafting a lot.

Anaheim has picked at least once in every draft since 2000. That’s the most of any team in that span, still in the hunt. It’s a big reason why the Ducks can remain so competitive within the confines of a budget. Since winning the franchise’s first cup in 2007, they’ve missed the postseason twice, but have managed to select the likes of Cam Fowler (12, 2010) and Hampus Lindholm (6, 2012) with top-15 picks to help right the ship. The 2012 pick is the earliest pick they’ve had since 2005.

That isn’t to say they’ve done poorly when picking in the later half of the first round and beyond. Former-Duck Kyle Palmieri, drafted 26th overall in 2009; Rickard Rikell taken 30th in 2011; and Shea Theodore was the 26th pick back in 2013 highlight some good picks following strong seasons.

On Saturday, the team iced 12 players originally drafted by the club including some first rounders like team captain Ryan Getzlaf and former Hart winner, Corey Perry; a fifth-rounder in Chris Wagner, who scored the Ducks only goal in a 3-1 loss and Ondrej Kase, selected late in the seventh round of 2014. Supremacy at the draft table has been a key component on making Anaheim a threat year-after-year.

It’s not the only reason though. GM Bob Murray has also proved to be a crafty manager in deals. Some of his work as of late includes his 2013 trade of Bobby Ryan to Ottawa for a package that included Jakob Silfverberg (leads all skaters with 9 goals this postseason) and a 2014 first round pick, which ended up being Nick Ritchie (10th overall). And, his acquisition of Ryan Kesler in 2014 for Nick Bonino, Luca Sbisa and a pair of picks. Having assets on top of assets has been a luxury Murray has created for himself and it shows.

How They Got Here: Nashville

Like the Ducks, Nashville rarely goes to the opening round of the draft without picks. In their 19-year history, they’ve traded their first round pick just three times. The Preds, who are can punch their ticket to their first Stanley Cup Final with a win on Monday versus Anaheim, are another example of a budget-team in a small market enjoying regular success. Only this year they might be the pinnacle of that success.

If it is in fact the Predators who hoist the Stanley Cup in a few weeks, they’ll be a number of worthy candidates to get the cup after captain Mike Fisher. One them is GM David Poile, who has been the only manager in the team’s history and has built Nashville into a contender and a unique hockey market.

Building the Preds into a contender hasn’t been easy for a team who has been seldom to attract big name free agents. Instead, they’ve relied on drafting and not just the first round.

The great work at the draft table has allowed the organization to take some gambles at adding to the the club’s talent. And Poile, a GM of the Year candidate, has proven to be a pretty good better, if not a great one.

Among his finest work includes the acquisition of Filip Forsberg from Washington for Martin Erat. Unfortunately for Erat, the deal has made him “the guy traded for Forsberg” instead of a 12-year veteran forward with 545 points in 881 games. There’s also his trading of Patric Hornqvist and Nick Spalling to Pittsburgh for James Neal. Both Forsberg (7) and Neal (5) lead the team in goals this postseason.

Then there’s the more recent blockbuster deals the team has maneuvered bringing in Ryan Johansen from Columbus for Seth Jones last season and in a stunning event last summer, the trade of captain Shea Weber to Montreal for P.K. Subban. Johansen led the team in scoring prior to being sidelined for the remainder of the playoffs with acute compartment syndrome. Subban has averaged 24 minutes a game this postseason.

The deals helped address the need for puck-moving defense and a first line center. For Poile, it’s been a hybrid of draft gem’s and high-reward gambles that have them within five W’s from Lord Stanley.