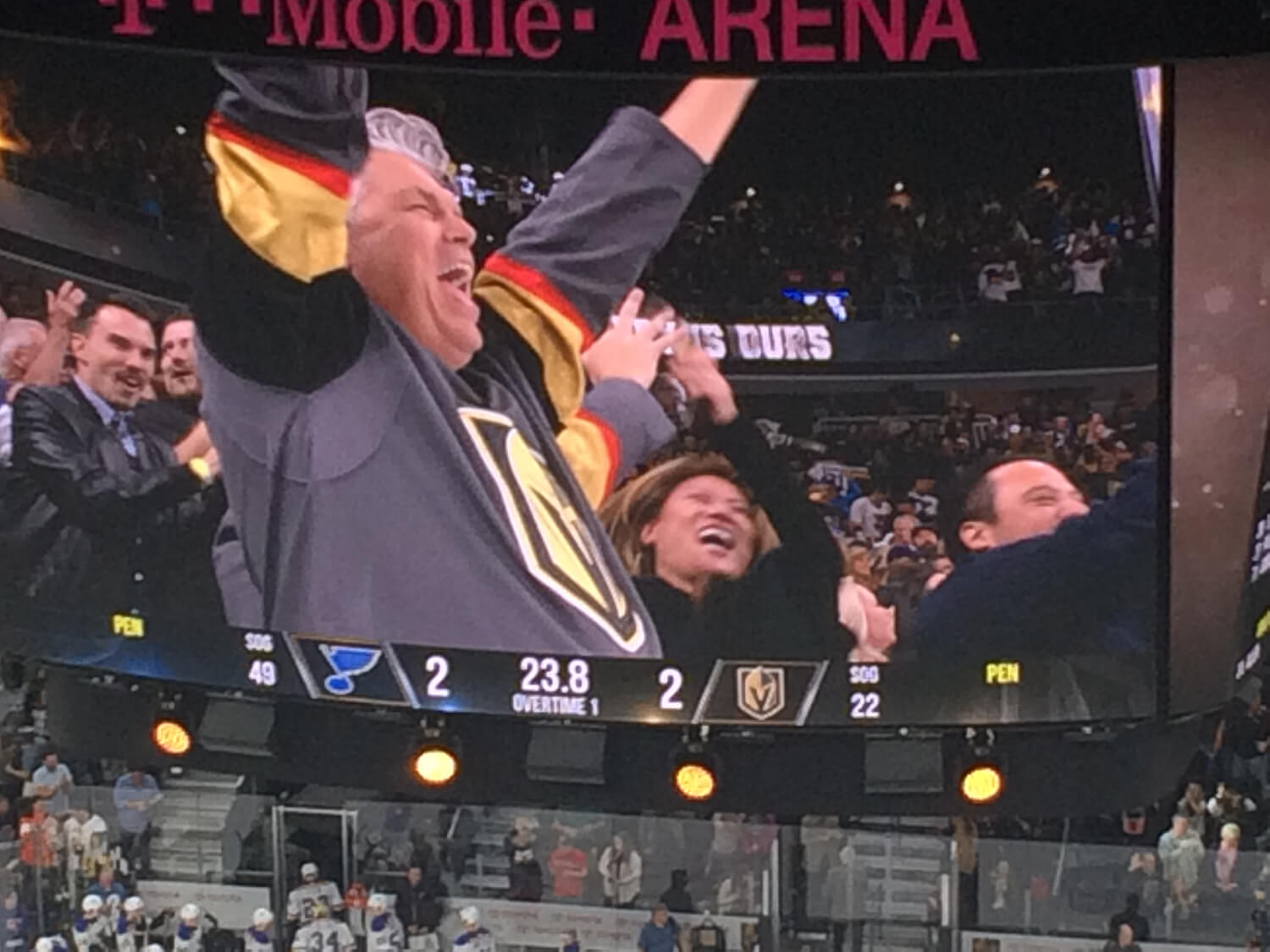 How Real Is Hockey in Vegas?

Las Vegas, NV – Hockey people not from here keep saying the same thing: Vegas hockey is about everyone else but the people in Vegas. It’s a place that’s good at attracting tourists, and having a hockey team will be just one more way to bring people from elsewhere to this desert mecca.

They might be right. For now. The St. Louis Blues were in town on Saturday night to test the Golden Knights’ 5-1-0 record, and boy, did they bring a lot of friends. The plaza area outside the arena, where there are restaurants and bars (bars, lots of bars, and drinking on the sidewalks is quite OK) was crowded with Tarasenkos and Upshalls. Or people that looked like them, wearing their Blues sweaters. By contrast, only a few Golden Knights sweaters were to be seen.

But that makes sense. It was Saturday. Life in St. Louis can’t possibly look as scintillating as a weekend in Vegas. And that team is good. For St. Louis fans, seeing a game versus another team that, at least by record, also appears to be a pretty darn good club to date, would be desirable. A year or two from now, if Vegas is closer to the bottom of the league than the top, and the visiting team comes in many nights expecting a blowout, then maybe they won’t be so quick to jump on a plane for Nevada.

On the other hand, there’s that Strip. That string of bright lights that has lured people here since what looks like time immemorial, in a postmodern world.

But to get back to the “How real is hockey in Vegas?” question, the skeptics might well be wrong too. Here’s one measure: On Thursday, two days before this home game, the Las Vegas Review Journal, the town’s daily, had an entire page of the sports section devoted to hockey.

That’s more than almost any day except during the Stanley Cup playoffs in the LA daily paper.

But here’s what’s even better: there were two stories. One was about a retired enforcer, and the concussion issue. The other was the new faceoff rules. That story just jumped right in, talking about a Vegas player and his opinion of whether the new rules were working.

What’s surprising about that? Both stories assumed an audience. Neither talked down. Neither explained the basics, or the background that the non-knowledgeable hockey fan would need. Both stories took for granted that talking about the intricate nuances of hockey was something that would reach the reader. This has everything to do with taking the first, key steps in building hockey into this community.

The Vegas Golden Knights, in other words, apparently have a strategy for making the game real and important and connected to the people who live here. And those people, a prosperous middle class that makes its money, natch, mostly in the hospitality industry, are anything but who they might appear to be to outsiders.

Everywhere I went in the two days preceding the Blues game, people told me the same thing: we are not the Strip. Our lives are normal. Our kids to go school locally, play soccer. They might get into hockey if they were nurtured along the right way.

Now, when you walk into the Von’s grocery store and see gambling machines, that claim seems to stretch a bit thin, but maybe it’s like the paintings on the wall of your living room—after a while, you don’t see them anyway. It’s just what’s there.

So let’s tally up: Vegas has a lovely arena, where every seat feels right on top of the action. The press box, for instance, is on level five, but it is measurably closer to the ice than the one at Staples Center. They put the arena in a part of town where it’s connected to the Strip and its flocks of tourists. But it’s down kind of at the end where, to my eye, it doesn’t look like there was much before, a good use of space to anchor the excitement of Las Vegas Blvd.

They’ve done what most hockey clubs now are doing—they’ve surrounded the arena with a plaza that has fun stuff to do—places to shoot pucks at targets, cut-outs that you stick you face through so that you become the Vegas goalie, and places to drop cash eating and drinking.

And they’ve built a hockey team, not a collection of rejects. Thus far, that’s working. It’s not likely to work this well for long, and then the test will come. But by that point, there should be enough people in this city that have a real love and respect for the game that it sustains itself over whatever bad times may come.

In the end, in other words, hockey in Vegas has nothing to do with the Vegas of Elvis impersonators and flashy casinos at all and everything to do with hockey itself and a town that needed it as an entertainment option. All the team did was put the right superstructure in place. Not that that’s an easy thing to do. But they learned, didn’t they, from the mistakes made elsewhere, and now locals–and, naturally, the odd tourist or two (thousand)–can enjoy the game live. Or, perhaps bigger than life. See my other story at Inside Hockey for more on that.