The Great One turns 60 today, January 26th, 2021. That means that an entire generation has passed since Wayne Gretzky last played an NHL game. His records, of course, stand and will probably stand forever, most of them. Even challenges to the previously thought unassailable ones are singular—Ovechkin might get to Gretzky’s 894 goals, and it will be fun to  see it if he does, but for Gretzky, that’s  only one milestone.  He will always have so many more that could be challenged, but probably won’t be.

But for me, the point is not how many, but how, in a reversal of a usual sports cliché. How do you dominate a game so thoroughly  over a  period of two decades? Ask Tom Brady. Ask Michael Jordan. It’s because you’re smart. And because you work harder than the  other guy.

Natural talent is great, and  all three  of these players had (and have) it. But seeing the game differently than anyone else combined with never taking for granted your mastery  of it is what makes players like Gordie Howe, Bobby Orr, Gretzky, and Crosby different, to stick to the hockey examples.

But ranging  to football for  a minute, think about Brady: he didn’t have to go to Tampa Bay this year. He could have stayed on with the Pats, or retired.  Heck, he could have done the latter  three or four years  ago and still be credited as the greatest QB ever. But he upped sticks to Florida, and now he’s going to another Super Bowl. Why?

I interviewed around 60 former players and NHL personnel  for a book I did called Facing Wayne Gretzky, and one  thing that was  repeated by almost all of them was how competitive Gretzky was. From game one of the season, through the doldrums of winter road trips, to the end of the year, on every shift, this player wanted to excel.

“No shifts off” is a cliché that’s also  thrown around a lot, but for Gretzky, it was not possible to take a breather, and he  didn’t want to. He played on special  teams, including the PK  (and was so explosive that other  teams couldn’t get their PP set up, because any  tiny mistake and he was  on a breakaway to  their end). His ability to  recover, aerobically, allowed him to  take a shift, sit thirty seconds, and go again. And he did that all game long if called upon.

Even the year he  was hurt, with back problems in 1992-93, he stayed intense. That was the season he took the LA Kings to the Stanley Cup Final, only to lose to Montreal (and McSorley’s illegal curve).

For Gretzky, this intensity came in the face of constant scrutiny. He was the focus of attention on and off the ice. On the ice, it meant entire game plans forged to stop him, which was impossible anyway. Off the ice, it meant that he stood on the steps of the bus until midnight to give an autograph  to everyone who  asked for one, and spent hours (cumulatively) after practice  signing things for  fans and  even for family members of teammates, who also had their requests. It meant that he knew, in every instant of his life, that he was under scrutiny, and he conducted himself with grace.

Again about the book I mentioned: when I was talking to people familiar with me, people who trusted me, as I interviewed them for my material, I would sometimes say, “Please tell me on threat of my life not to repeat it—what was the truth about this guy’s character? Again, I swear I will not repeat anything you say. I just want perspective.”

They always said the same thing, which was that Wayne Gretzky was a person of impeccable actions and attitudes off the ice as well as he was on the ice.

And I’ll add something personal. I have a friend in the hockey media who was stricken with cancer a few years ago. He has since recovered, but he spent most of the fall of a year in the hospital north of Los Angeles where he lives. Do you know who else lives up there?  Wayne Gretzky, and The Great One visited him a number of times in the hospital.

Wayne Gretzky, for nothing but goodness and kindness, did this. I can only imagine what a lift it would be to see the smiling face of #99 in your doorway after a rough night, alone. But I also guess that Gretzky would brush off any praise for doing what he did, because that would be to mistake his motive. He wasn’t there because he had 894 NHL goals and 1963 assists. He was there because his friend needed him.

Happy 60thBirthday, Wayne, and many more.

Brian Kennedy is an NHL Media member and member of the Professional Hockey Writers Association. He has written or edited nine books, including Facing Wayne Gretzky, Growing Up Hockey, and  Coming Down the Mountain:  Rethinking the 1972 Summit Series. 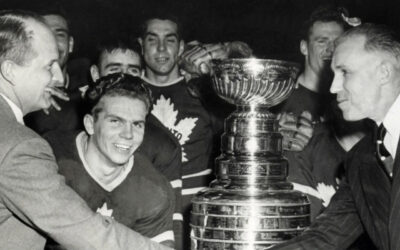 “Giant Killer” – a coach who has coached teams that defeated the President’s Trophy winner in Stanley Cup playoff competition at least twice during their NHL coaching careers. Matt Dibiase takes a look back at the greatest “Giant Killers” in NHL history, and discovers that a former Maple Leafs coach takes the top spot.

END_OF_DOCUMENT_TOKEN_TO_BE_REPLACED 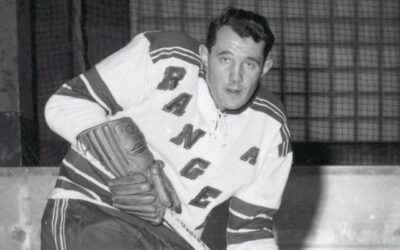 Bill Gadsby was a Survivor

Bill Gadsby was one of the best defensemen of his era. He played for three teams and appeared in seven All-Star games during his 20-year NHL career. He was never on a Stanley Cup winner but was inducted into the Hockey Hall of Fame in 1970.