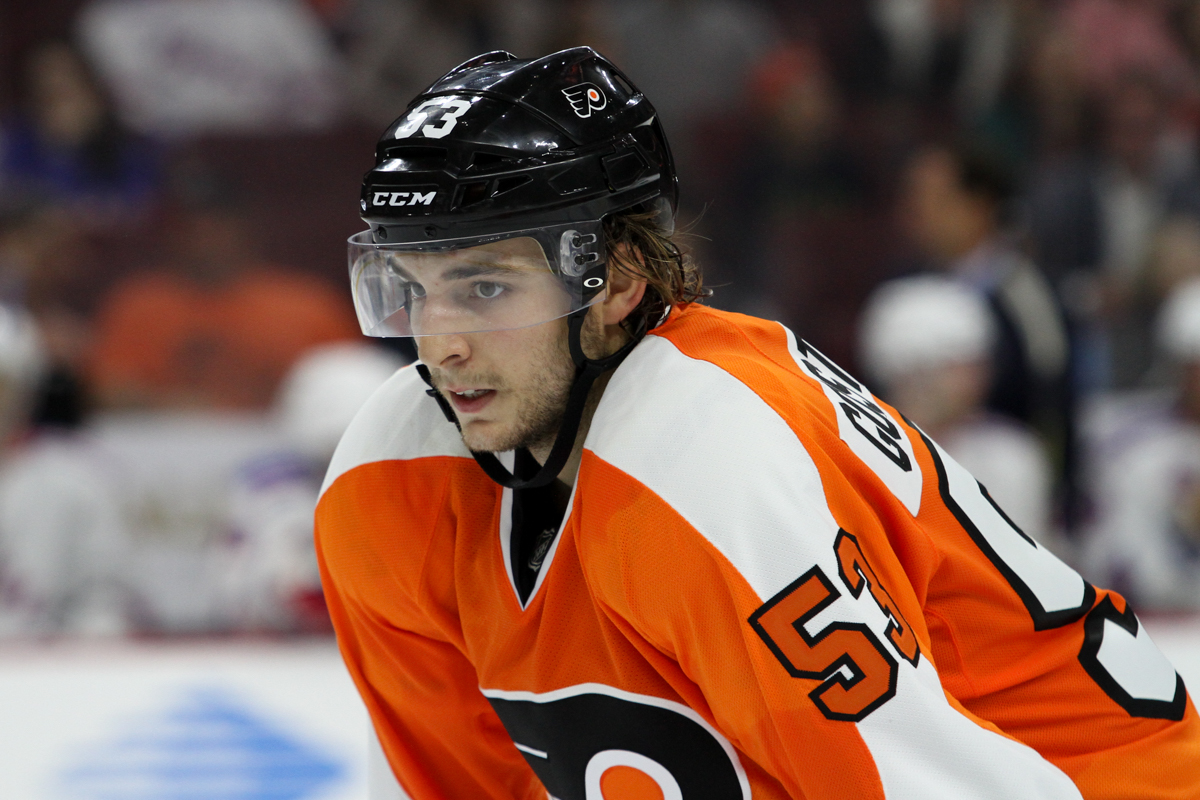 On the same day The Philadelphia Sports Writers Association named Shayne Gostisbehere the “Philadelphia Pro Athlete of the Year”, Flyers head coach Dave Hakstol announced that Gostisbehere would be a healthy scratch, for the first time in his young career, tonight against the Winnipeg Jets.

“Ghost”, as Flyers faithful call him, quickly became a household name last season as a rookie due to his hype in the minors, and then living up to that hype in the NHL scoring 17 goals and accumulating 46 points to end his rookie season fifth on the team in scoring. He also set a new record for rookie defensemen with a 15-game point streak.

So why would such a prominent and important (and healthy) player be a healthy scratch after the Flyers have lost 3 of its last 4 games?

“It’s accountability within our group,” says head coach Dave Hakstol. “It’s an opportunity for him to address some things within his game and an opportunity to watch the game from above which can help a young player. Beyond that, he’s got to work day to day and go do the work and get ready to play two days from now.”

Although a highly skilled defensive scorer, his play on the defensive end hasn’t quite been as stellar over the past few games.

Naturally, Ghost was disappointed by the news of his benching, but believes viewing the game from another angle may benefit him in the long run.

“It’s a tough pill to swallow,” Ghost said. “But I think it’s the best for me right now. I’m going to get up there in that box and take everything in and make this into a positive.”

Ghost currently leads all Philadelphia defensemen with 10 points including 3 goals and 7 assists.

Luckily for the Flyers, the team was able to fend off the Winnipeg Jets 5-2 tonight due to Steve Mason’s solid goaltending and timely goals.

Midway through the 1st period, the Flyers opened up the scoring as Sean Couturier (his 5th of the season) had the puck bounce right to him from behind Winnipeg’s net and beat goalie Connor Hellebuyck.

Just over 30 seconds later, Flyers’ Michael Raffl (his 3rd of the season) beat Hellebuyck after an extra effort diving pass by Matt Read to quickly give the Flyers a 2-0 lead.

Philadelphia also added goals from Mark Streit (his 4th), Wayne Simmonds (his 9th), and an empty netter by Brandon Manning (his 3rd) to secure the victory.

The score could have been a lot closer if Mason hadn’t stopped the 30 of 32 shots he faced.

Winnipeg had the better scoring chances but Mason came up strong time and time again.

Although Mason was the storyline on the ice tonight, it was hard to forget the bigger story off the ice regarding Ghost’s benching. Mason was asked after the game if the benching of Ghost’s caliber sends any kind of message to the rest of the team.

“Honestly, it doesn’t matter what your name is. You have to perform,” Mason said. “Hak makes the decisions here as to who’s in the line-up. I don’t think Ghost is going to be feeling sorry for himself and nobody is going to be sorry for him. When you are in the line-up, you have to perform. If you don’t, Haks going to take you out. Just goes to show you. Ghost’s obviously an important player on the team, but everybody has to perform. There are no free rides so to speak here.”

Flyers defenseman Mark Streit seemed a little more sympathetic to the Ghost situation. He was asked if it was weird not having him out there.

“Yeah, sure,” Streit said. “It has been a year and a half almost and he is a really good player. Sometimes there’s changes in the lineup. A guy like Schultzy or Andrew, guys are in and out of the lineup and it’s tough for everyone. It is a lot of competition on the D end here, it is tough. Some guys are not playing and you feel bad for them and you want to support them as much as possible, that is all about the team.”

The Flyers currently sit 5th in the Metropolitan Division with an 8-7-3 record. We’ll see if Ghost returns to the Flyers’ lineup on Saturday afternoon when the Tampa Bay Lightning come to Philadelphia. The puck drops at 1pm.