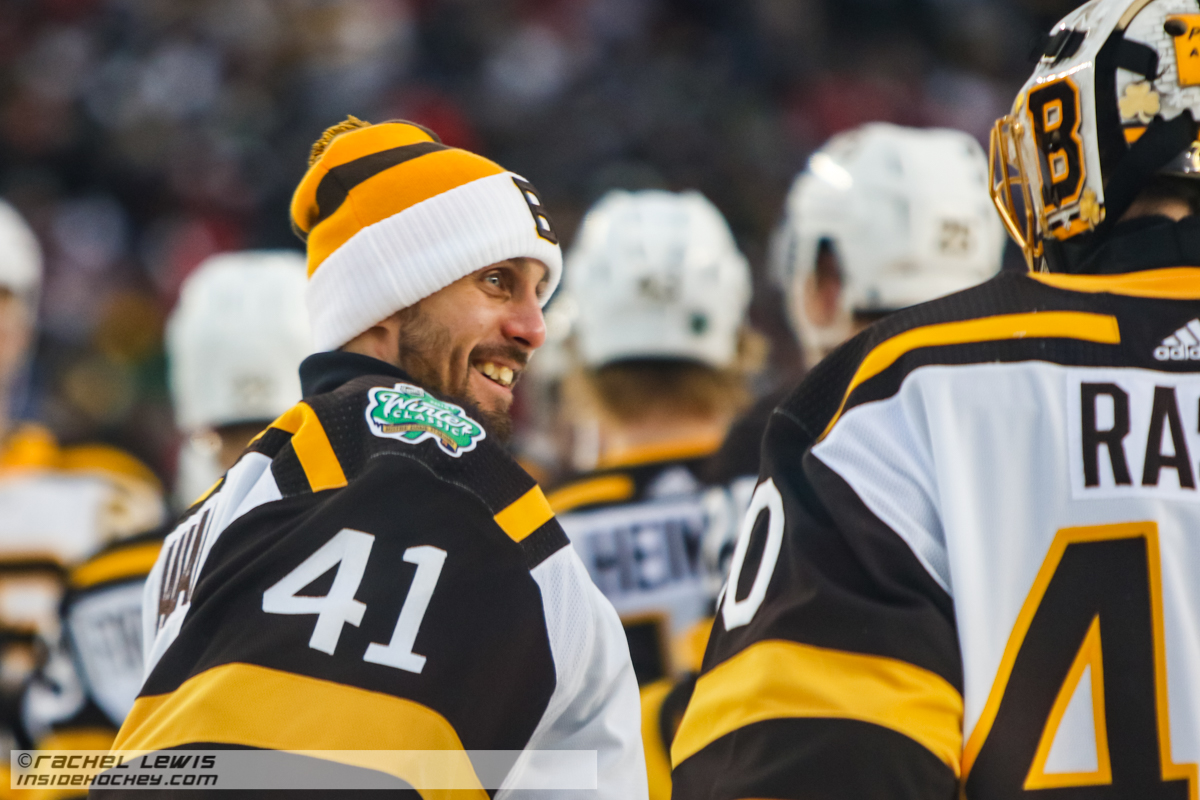 The Boston Bruins’ goaltending tandem of Tuukka Rask and Jaroslav Halak is on pace to go a perfect 82-0-0 for the 2019-20 season.

Technically speaking, the above statement is not wrong. Is it very much skewed? No doubt about it.

Although it has only been two games into the new campaign, the National Hockey League should be on notice about what the Black and Gold have going on between the pipes. Both Rask and Halak had near-perfect starts as the Bruins opened up the regular season with a four-game road trip against the Western Conference. Rask, who allowed just one goal on Opening Night against the Dallas Stars, finished the night with 28 saves. Two nights later, Halak blanked the Arizona Coyotes for his 48th career shutout.

Not only was the degree of difficulty ramped up that much more due to the fact that the Bruins were on the road, but both the Stars and Coyotes added to their respective rosters during the summer. In a lineup that already consists of Tyler Seguin, Jamie Benn, and Alexander Radulov, Dallas added Joe Pavelski and Corey Perry (currently injured) to bolster the depth. Phil Kessel and Carl Soderberg are now playing in the desert as Arizona added some more firepower up front.

In other words, Rask and Halak stole those games to give the Bruins a 2-0-0 record. The Bruins only scored a combined three goals during the first two games of the regular season. Also, Boston was out-shot in both tilts, so the goaltenders coming through in the clutch was no easy task.

It is hard to say whether or not the goaltending performance thus far is a direct result of a playoff hangover that infected the other skaters. What is undisputed, however, is that the Bruins have two Vezina-caliber goalies on their roster at the moment.

Yes, we still have 80 games to go in the regular season and hot streaks are usually not sustainable. Let’s just picture things for a moment.

When Halak was brought in last summer, the obvious reason was that he would be used to push Rask into performing better. Not only did Rask have one of the best years of his career (27-13-5 record, 2.48 goals-against average, .912 save percentage, 109 goals allowed, four shutouts), but Halak bounced back from a rocky final year as a member of the New York Islanders as well.

Halak was certainly worth the two-year, $5.5 million contract he signed back in July of 2018.

During training camp this summer, B’s head coach Bruce Cassidy was quoted as saying that he would likely start Halak more often at the beginning portion of this season. Halak was able to make 37 starts last year because of his outstanding play. Rask notched only 45 starts, but the lighter workload proved beneficial as we witnessed the 32-year-old Finland native play lights out during the team’s Stanley Cup run.

Rask ended the 2018-19 postseason with a 2.02 goals-against average, .934 save percentage, and two shutouts in 24 starts. Despite the stellar performance, the Bruins did not walk away with the Stanley Cup.

With the right distribution of starts and the much-expected balance throughout the rest of the lineup, this could be a special group of players. Perhaps another deep run is in the cards.

The Bruins will finish up their four-game road trip with contests in Vegas and Colorado this week. Rask has been dubbed the starter against Vegas. No official word has been announced as to who will start the game in Colorado. However, early signs indicate that either goalie will be a viable option. That is a great luxury to have as a head coach. Cassidy will definitely take advantage of it.

Boston will host the New Jersey Devils this coming Saturday night at TD Garden in the first home game of the regular season.