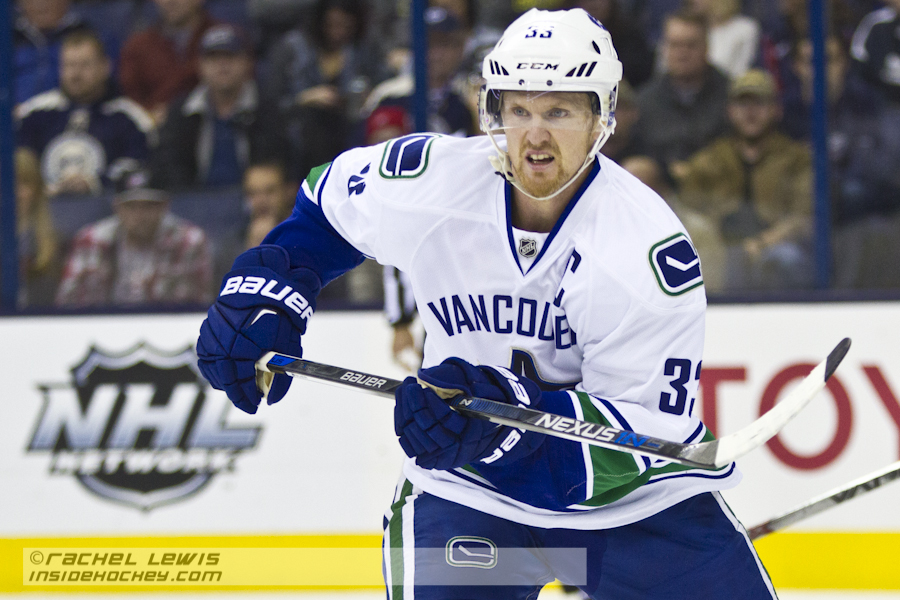 The Kings this year are pretty much what they were last, because salaries have largely locked them into using the lineup that last won them the Cup. The differences, if you looked at their home opening roster, were minimal compared to last year. Here are some new (ish) names on the list of 23: Teddy Purcell, Devin Setoguchi, Tom Gilbert, Derek Forbort, and Nic Dowd.

Even at that, the latter two played some time with the team last year, and Purcell, who apparently now demands to be called simply “Ted,” was with the team back from the 2007-08 season to 2009-10. He was mostly unspectacular, the best year being 40 games in ’08-09 in which he scored 16 points. He has been through Tampa Bay, Edmonton, and Florida since, with a best year playing 76 games for two teams and gaining 43 points. Perhaps this promises good things for his second time around in Los Angeles.

Also familiar on the Kings’ lineup is Peter Budaj, the netminder. He backed up in the team’s home opener after his sidekick, Jeff Zatkoff, relieved Quick on opening Wednesday in San Jose and started against the Flyers.

By a week later, with Vancouver in town Saturday night the 22nd, that had changed. But before we get to that, let’s get to Quick.

The team’s star goalie, and the reason they can play one-goal games night after night and win, is now on IR. The team at first was not saying anything about what he might be suffering from (groin injury) or what he might need (some said surgery). But that changed mid-week, with Quick opting for a non-surgical remedy that will still keep him out of the lineup for a couple of months, or longer.

Budaj played one game for LA last year while posting superior numbers for the team’s AHL squad. Zatkoff turned pro with the Kings’ former AHL affiliate in Manchester but was with the Penguins for the last several years. His NHL totals are under 50 games played thus far, and he’s in a bit over his head by the looks of his play versus Philly.

On the other hand, he got hardly any help on at least two of the first four goals, which were scored on and outmanned rush and a bad defensive zone breakout turnover. And it’s not like he looked bad in there. Just mechanical, like a few of the Ducks’ netminders have looked over the years—all coaching and no natural smoothness.

As the week went on, he played again, in Minnesota, but was pulled after a couple of periods in what ended up being a 6-3 LA loss. Budaj took over, and he ended up the winner on Thursday evening in Dallas, 4-3 in OT.

So it looked like the tandem was Budaj-Zatkoff, but then the latter got hurt. It happened Saturday morning during the skate, and by the end of the day, Zatkoff was on IR.

Good thing Ontario (California) is not so far away, because the call immediately went there for Jack Campbell to come to the big city and back up for the evening.

What would have happened if he hadn’t been available? Well, those of you who have read my book Living the Hockey Dream know that I was declared, by former coach Terry Murray, to be the official press box backup goalie. I’m sure, absolutely, that this has also been communicated to Mr. Sutter. But alas—there’s not much traffic headed west during the say on a Saturday, and Campbell arrived in time, his 2-0 record, 2.45GAA, and .930 save percentage in tow. My numbers are, of course, much better (since I haven’t played in net in decades). But oh well.

The other alternative, of course, might have been goalie coach Bill Ranford, but he’s up in Canada for the alumni game played at the outdoor contest this weekend. (I sigh while I see my chance go up in smoke).

So where does that leave Ontario? Same place it was—40 miles East on the 10. Oh, in terms of goalies? Apparently, their backup is Jonah Imoo, 22, and his backup, since he’s now the main man out there, is his father, Dusty, 46. That sounds like an interesting bit of trivia to store away for a later date.

With Budaj in net and Campbell in the baseball cap, the Kings came out and fired 13 shots in period one. Vancouver had seven.

The LA team exited period one with a 2-0 lead, stretched it to three shortly into the second while shorthanded, but saw the Canucks get two back in the second. Each was on so-so play by the netminder. On the first, he got turned around with a puck coming from his far left after a Vancouver player carried it past the net. The second was a power play chance that saw a shot come from the point. Budaj knocked it out to the side with his blocker, right onto the stick of a crashing (if that word can ever be used of this player) Henrik Sedin, who bashed it past him. That was shot 15. Period two concluded with the Canucks having recorded nine shots and the Kings ten in the frame.

Period three had Vancouver pressing the play in the LA end but then LA taking over the momentum. The goalies were not tested much in period three, though Vancouver outshot LA by 9-5. They made one of those count on the power play with under two minutes to go.

Budaj had no real chance as the puck came from the high slot and went through a screen, possibly also being tipped by the Kings’ Gilbert on the way to the net. Just 34 seconds remained. This was shot 25.

OT brought no goals, and the shootout was over in three rounds, with the Kings scoring on a Pearson wrister that went through Jacob Markstrom’s legs on the team’s second shot. Budaj shut out the three Canucks’ chances, staying tight in position and refusing to be fooled by movement with the puck put on by the Vancouver players.

So Budaj got the win, and in a fashion that looked fairly confident, if not “I’m a wall” solid. Along the way he survived a bit of a blow to the head, during late regulation play. Doughty and Burrows went past him, Doughty’s stuck knocking the goalie’s helmet off and leaving him rubbing a spot near his eye.

Other notable bits: To go back to the list of five above, both Dowd and Gilbert were scratched for game one, making the lineup, except for those pesky netminders, almost the same one we’ve seen for several years. By game five, the Kings’ lineup saw familiar names Greene, Purcell, and Nolan scratched. Taking the place of those three scratches were Gilbert, Pearson (he had been suspended to start the season) and Dowd. Notable is that four of the five newbies mentioned above (Setoguchi, Gilbert, Forbort, and Dowd) were on the ice for the fifth game. Only Purcell was not.

Vancouver now heads down the highway to play Anaheim on Sunday late in the afternoon.

The Kings await Columbus on Tuesday.

That book again is Living the Hockey Dream. Stories of a lot of NHLers, other people around the hockey world, and me.